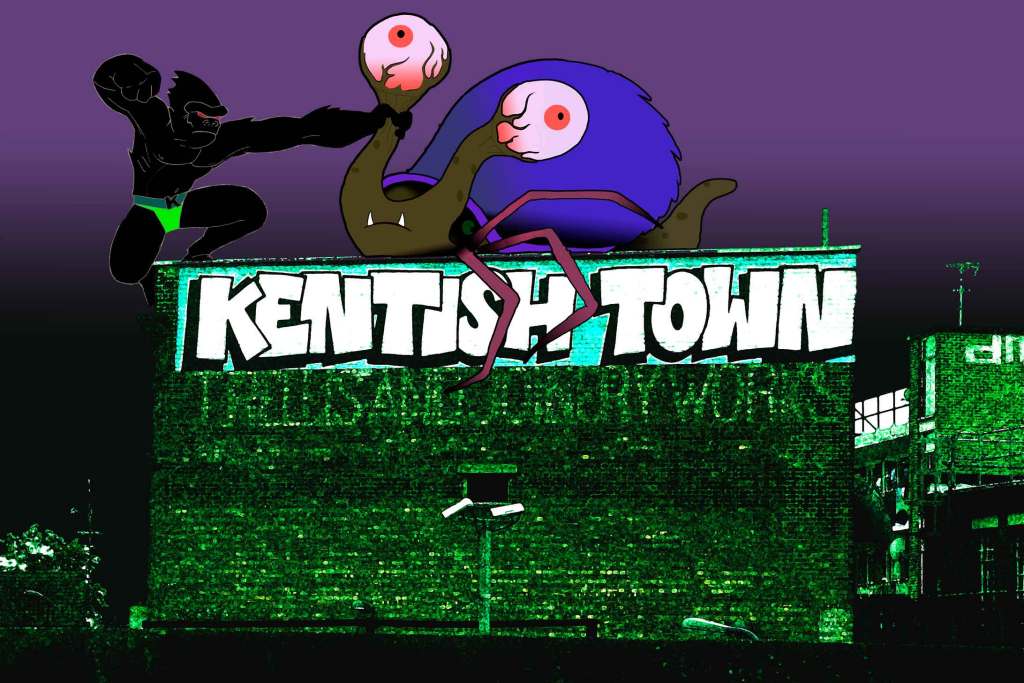 Squeezum – or Luke O’Sullivan to his mum – is a local artist who’s been in NW5 for the last seven years. “I’ve lived in the borough of Camden all my life,” he says, simply. “But I didn’t get on too well at school, although art was one of the few GCSE’s I passed. So I’m basically self-taught.”

As you can see above, Squeezum is inspired by comic and street art, graphic novels and illustration. “I used to do graffiti many moons ago, but it’s more painting than spraying these days. I have a small studio space in Park Royal that a friend lets me use free of charge, and I’ve been focusing on acrylic on wood lately – all pretty big pieces.”

Sounds intriguing. But sadly, he says, although it’s his passion, Luke can only, er, squeeze as much time as he can in the studio in between his day job and two kids. “I’d still love to be able to make a living out of it.” And he can’t quite shake those graf tendencies either, admitting he has an eye on “one wall in particular in Kentish Town that could really do with some artwork on it”.

Watch this space, but in the meantime who exactly is the black gorilla in the picture? “He’s King Ken, the guardian of Kentish Town, protecting it from alien invasion,” he says, with a laugh. “I love the original by Mr Panik that I’ve used as a basis for this: it makes me proud of the area that it’s so bold, and such an amazing landmark.”

Find out more about video ads for your business
This is box title
Want to find out more? Head here for more info and work by Squeezum.