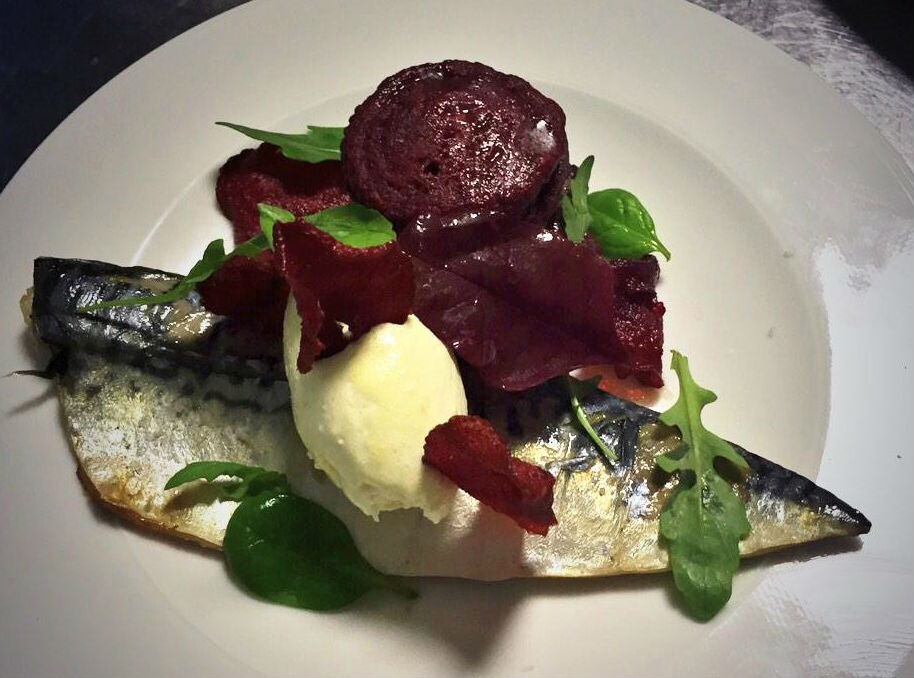 A low-key new opening on Haverstock Hill has promise. But why such an uninspiring name?

Sadly it closed down. And now the original pub owners, the Carey family, are back at the helm, with a head chef (Debbie Nicholls) who’s wisely plumped for something less fussy: modern British dishes, from small lunch plates to evening a la carte.

But firstly, why such a dreary choice of name? It hardly screams “must-visit”. A return to the pub’s original moniker would be more effective, wouldn’t it? And this slight identity issue was underlined by initial impressions as we entered. Was NW3 trying to be a vogueish all-day brunch-to-dinner place, or something smarter still, especially as it retains were the formal, rather stiff interior installed by Ballaro? By stripping out the banquettes, and installing unpretentious mis-matched tables and chairs, wouldn’t a more relaxed neighbourhood hangout be created?

Anyway, the menu reads beautifully, especially for a wintry pig-out: think beef cheeks, plaice, venison, rib-eye, rillettes. Yet there were no stand-out dishes on our visit, with portions unexpectedly large. A starter of smoked mackerel, beetroot and horseradish drop scones was a meal in itself, while seared pigeon, with warm apple and fennel, was blood-rare, and just the wrong side of iron-y.

Turbot – an expensive fish – came in at £18 and proved a hearty affair of sweet corn and parsley cake, spinach and prawn sauce. It was a better dish, however, than the huge slabs of duck breast, which straddled beetroot and turnip dauphinoise, pimped up by a velvety celeriac puree. But the wine list is decent, and we enjoyed a Portuguese Jardim da Estrela, spicy and soft.

In short? Let’s hope this newbie finds a place within Belsize Park’s heavily chain-led dining scene, but it will rely on locals embracing it; footfall is low on this stretch of Haverstock Hill. And while service proved friendly enough, the atmosphere on our midweek visit was pin-drop quiet: just a handful of couples fiddled with smartphones between courses, or were engaging in the most minimal of conversation.

And yet, there’s something in the cooking that makes us want to give NW3 another go. So if it dazzles next time, we’ll report back.