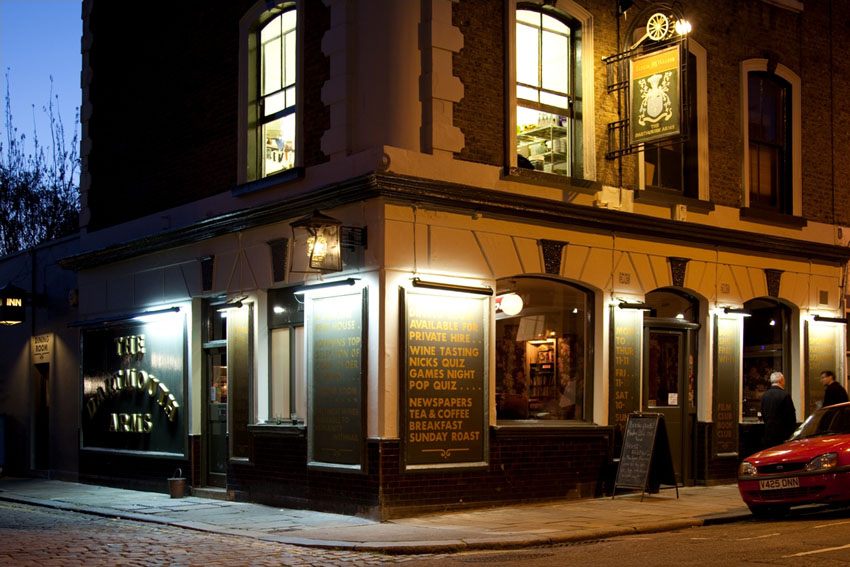 Dartmouth Arms to close on January 31

Show your support before it's too late for a popular NW5 boozer.

This longstanding watering hole on York Rise recently became a “community asset”, which means that if anyone wishes to develop it, locals have the right to offer on the site and stop any work from happening.

So why is the Dartmouth Arms – currently on the market for £1.8million – closing its doors for a lengthy five months on Jan 31? With the builders arriving shortly after (to convert the upper floors into flats, rather than the pub itself)?

It’s baffling, but not exactly a surprise. Faucet Inns, who also own Steeles on Haverstock Hill and Camden’s Black Cap (one of the capital’s last surviving neighbourhood gay pubs), have been running the place “into the ground”, say regulars, for months.

And rumours indeed abound. We’ve heard how staff haven’t been able to heat the pub, other than by the fireplaces in the main room, and how they’ve had to have showers elsewhere. We heard that the team had no budget to throw a proper New Year’s Eve bash to compete with other nearby pubs, either. And as for the former dining room? It’s been boarded off for ages. In short, this is not a mystery that requires the presence of Miss Marple.

And yet, in our January print issue we write how charmed we have been recently by the newish chef, Ainslie Evans, who’s done stints at L’Escargot and Grain Store in King’s Cross. In fact, over the last four months he’s been trying to bring the Dartmouth back to where it was half a decade ago, when it was a fantastic buzzy little local.

If you haven’t tried the menu recently, we recommend you do in the next fortnight – before it’s too late. Scotch eggs? Gloriously spicy, full-on meaty and with a perfect soft yolk centre: the best we’d tried for ages. A burger? Melt-in-the-mouth medium-rare, its brioche bun sturdy enough not to collapse. Fish pie? Packed with smoked haddock, kale suitably buttery. Slow-braised beef and mash (left)? Delicious.

But most importantly, if you think the Dartmouth Arms should remain open, show your support below in the comments section.

A teensy bit of good news to end on? Ace nearby establishments, the Southampton Arms and the Bull & Last, are both potentially interested. We’ll keep you posted.

Find the Dartmouth Arms at 35 York Rise NW5 1SP. But be quick, it closes on Jan 31. For regular updates on what’s happening join the Save The Dartmouth Facebook page

22 thoughts on “Dartmouth Arms to close on January 31”

22 thoughts on “Dartmouth Arms to close on January 31”