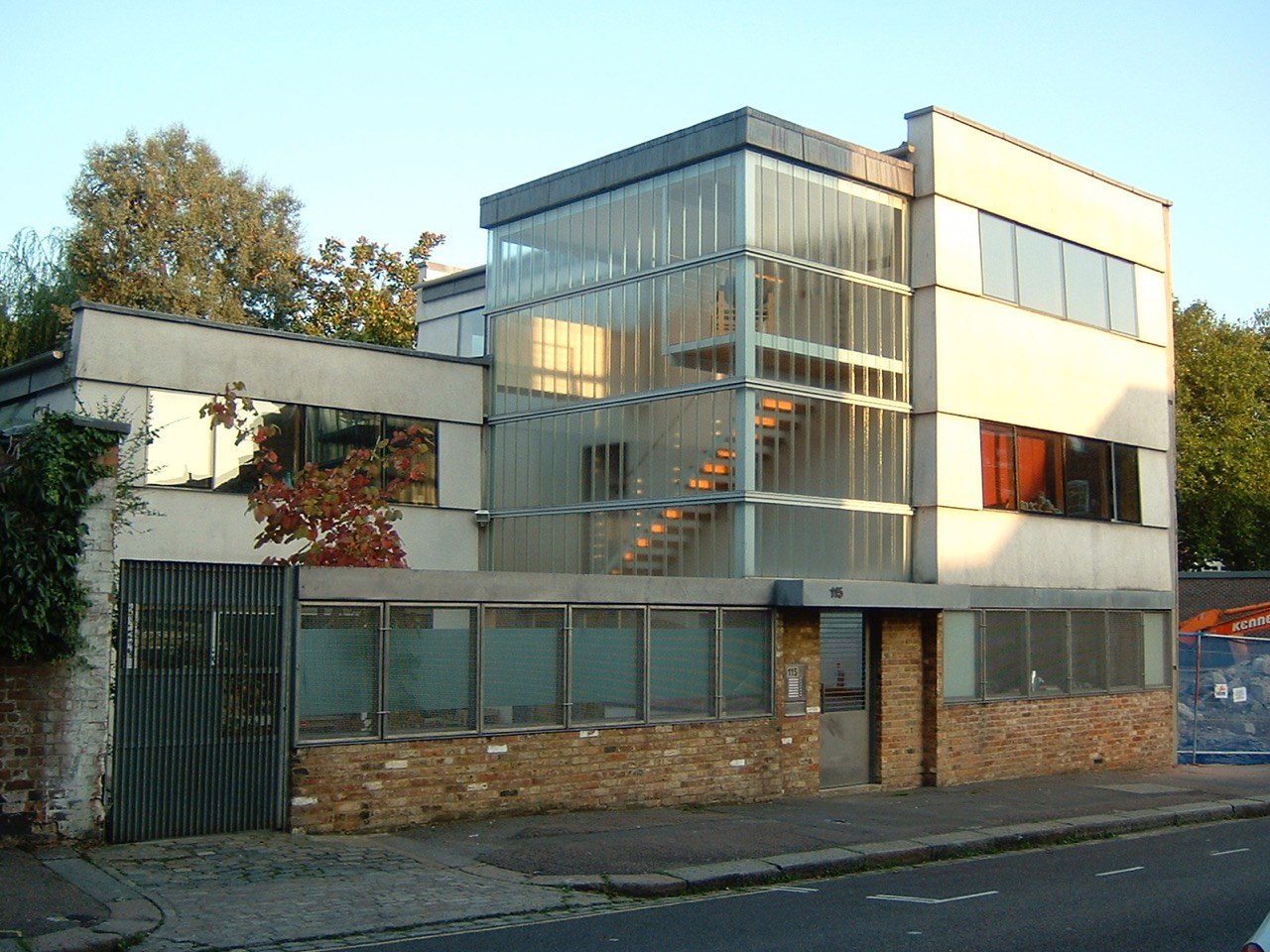 The story of Workplace Co-operative 115

Did you know there’s a democratic community of designer-makers working in a self-designed building the heart of NW5? And now they are looking for new members

The idea for our project started in the mid-1990s when four of us began to look for a building to make into a workplace.

Back then, two of the four were working on a book called Fragments of Utopia (written by local architect David Wild); and at some point we realised we could make our own utopia. We could make a building that would suit the needs of two designer/architects, a graphic designer and a book publisher. A priority was a workshop that would take a large mechanical saw, which at that time was being kept in storage.

Eventually, in 1997, we found and bought a near-derelict industrial building on Bartholomew Road, whose last use had been as a Greek bakery. The decision to take the existing structure down and build freshly didn’t take long. Then began the project of designing the building, getting planning permission, developing a business plan, setting up a company structure with which to run the building, borrowing money, finding a contractor – and then on to construction.

Five years later, in 2002, we opened the building. This is equipped with seven studio/office spaces, a workshop (principally for joinery and cabinet-making), shared kitchen and toilets, a large central circulation area, and two courtyards. There can be up to 19 of us working here. The project had grown.

Its location is perhaps symbolic, or rather it was when we started in 2002: neither Clerkenwell (the business hub?) nor Bow or New Cross (the artists’ studios), but Kentish Town – liberal North London, somewhere between upmarket Hampstead and scruffy Somers Town. Now these distinctions seem to be blurring: all of London has moved upmarket, at least in house prices, and Kentish Town is threatened with becoming cool.

So is this an office space, a studio, or what? Well, while the former might be a clinical room in a business centre or a desk in something more hip, (a ‘business hub’ maybe?), and the latter perhaps an area in a disused industrial building, unheated even in February, our work building at 115 Bartholomew Road tries for something between these two models.

The building is self-run. We have stayed true to the ideas of the founding group, which were for a structure without hierarchy, in which all decisions were shared. A weekly lunch meeting has become the main instrument through which the community conducts itself.

Co-operative processes are slow, can be inefficient and haphazard, but the rewards are immense. There is no landlord, and there is a sense of community here. We share some of the pressures of work as well as occasional collaborations. We have film evenings and parties.

Early on we decided to limit the building to self-employed people, and to have no more than two of any one kind: at most two graphic designers, and so on. We struggle to find enough women members. We are still looking for an illustrator, and a watch maker.

Self-employed and looking for local office space? Find out more about the current availability at the co-operative from their website or email space@115.org.uk and tell them a bit about what you do.

2 thoughts on “The story of Workplace Co-operative 115”