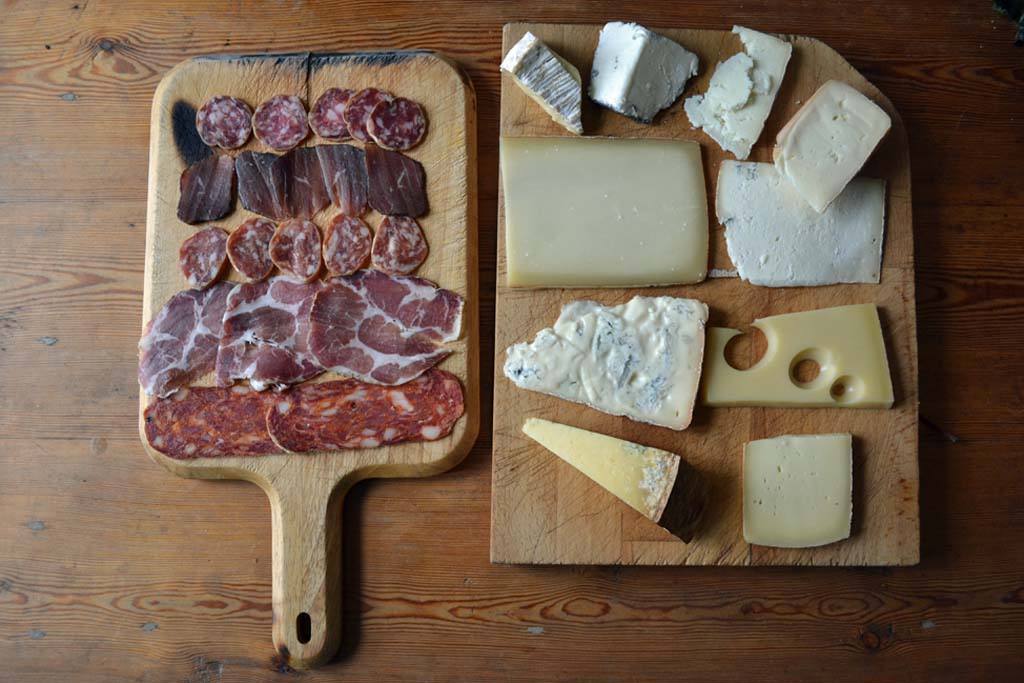 Serving N19 with quality produce for over four years now, have you been along to this Saturday outdoor institution yet?

You might not expect there to be a thriving street market at the top of Holloway Road, but nonetheless in the last eight years Archway Market has become a well-loved Saturday institution.

It’s classy while being entirely democratic: a secondhand book stall (where a paperback can be yours for £2) rubs shoulders with organic bakery and seasonal veg, and £4 hog roast baps fly out near the finest cheese and charcuterie in the postcode.

Some of our favourite things right now? Brightly coloured rainbow chard and romanesco cauliflowers from Farmer Ted, whose unsprayed seasonal vegetables are fresh out of Lincolnshire fields. Even tastier are his ‘marfona’ potatoes – a delicious variety that people travel far to buy.

Here are a load more Market highlights, plus some facts about Archway that you might not realise.

Raw Cheese Power are on hand weekly with everything from taleggio to gorgonzola, mature Cheshires, ‘killer brie’ and a creamy gruyere. Try some slathered over fabulous organic crusty white or rye from Celtic Bakery. Add some of Ted’s Veg deep pink horseradish and beetroot chutney – a perfect Autumn condiment.

Appetite London are an artisan stall with melt-in-the-mouth charcuterie and delectable bacon. Take a whole ham, or watch it carved before your eyes. Top recommendations include Southern Italian spreadable sausage, delicate dry cured pork with fennel, salami cooked in Barolo – and, best of all, the truffled salami.

Unlike dry supermarket offerings, the meatballs from Marsh Produce are fine, juicy and delicious with a pasta sauce. This Kent family farm has the highest welfare standards producing the free-est range meat you can find, and it shows. Get a whole chicken or a beef joint for Sundays, and all the usual cuts for midweek, and take care to get some of their sausages – they sell out fast.

Sweet-toothed punters may enjoy truffles of the chocolate variety from the Cocoa Den – or a whole chocolate skull makes a great gift. Then try a smooth espresso from Caleb’s Bean There Drunk That van.

Something non edible? Try jasmine soap from Nika Deluxe or browse the vintage crockery, glass and collectables on ‘Curiosity Corner’. And of course there’s a cornucopia of quality secondhand books at Word on the Street with voracious reader and Pavement Professor Jon on hand for a recommendation.

You can have a great healthy lunch at the market with Sisters Kitchen Greek cuisine serving up pies with fabulous fillings encased in wonderful pastry plus gorgeously herbed moussaka.

Crepe En Scene offer a tempting variety of savoury and sweet pancakes cooked fresh by an expert, while Neriman’s produce a legendary hog roast which effuses fennel, rosemary and garlic, slow cooked, with apple sauce and crunchy slabs of crackling. So’ Mel dishes up Portuguese cakes and pastries for pud.

Need to rest those weary feet? There’s a handful of tables and chairs dotted around for you to relax and soak up the atmosphere of this London treasure.

Four quirky Archway facts that you may not know

2.Archway was north London’s San Fran
A cable car system was installed up Highgate Hill in 1884. It was the first such in Europe, its cable 1.5 miles long and powered by two steam engines housed on the east side of Highgate High Street. The company which owned the tramway was never financially successful and the system was abandoned in 1909.

3.Dick Whittington’s cat is here
It was at Archway that Dick Whittington heard the Bow Bells ringing and returned to London. A statue on Highgate Hill commemorates this. He became Lord Mayor four times between 1397 and 1419. But no cat – that was a later panto addition. Find another moggy at the entrance to Whittington Park.

4.John Nash built the original Archway bridge
A stone structure of an arch topped by a colonnade, it was erected in 1813 and carried Hornsey Lane high above the Archway bridge. Nash’s design was demolished because it was too narrow and replaced by Sir Alexander Binnie’s current cast iron structure in 1897.

Read our other Archway guides, to the area’s best shopping and grooming choices and the top pubs and bars too.