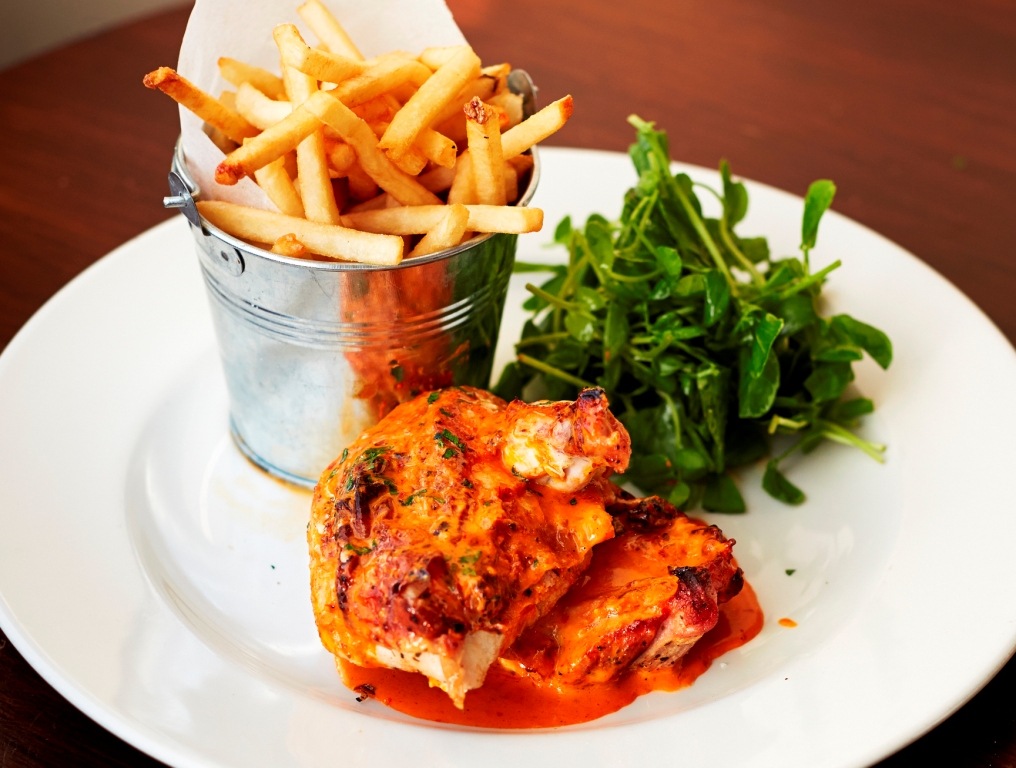 Back in 2010 longstanding West End restaurateurs Wendy and Owen Sinclair decided to open an all-day brasserie closer to their north London home.

It’s hard to believe now, but the former police station that houses the Kentish Canteen had remained boarded up after local butcher Harry’s R.E.D joint stumbled, despite early success.

It’s also easy to forget that Kentish Canteen was revolutionary in opening the door to the flurry of new businesses that have flooded the area since. The decor was airy and light, with pendant lighting, booths and a laidback New York-vibe, while a counter heaved with Ottolenghi-style salads and pastries. On one wall arty black and white pictures of Kentish Town encouraged local pride and a sense of identity – an act in itself which seemed slightly daring.

The opening has a special place in the history of Kentishtowner too. Impressed by an impromptu visit, and proud of what seemed a smart new opening on a boarded-up stretch, I hastily wrote a hundred words and created a blog to publish it. And so Kentishtowner was born.

Find out more about video ads for your business
Since late 2010, the landscape, of course, has changed hugely, and the Canteen, with the opening of Shebeen, has spear-headed another trend in central NW5, the subterranean cocktail bar.

But back upstairs, over the years the food has been hit-and-miss. Initial fanfares from Giles Coren and Time Out meant the Canteen was rammed for a while –but like many an instant celebrity, the pressure began to show. Readers tweeted us about inconsistency and occasional service issues.

Nowadays, it’s a reliably solid option for brunch, a candle-lit dinner or daytime bite. The wine list is competent (with house starting at £17 a bottle), there are, of course, fantastic cocktails and a decent selection of Camden Brewery bottled beers. The current head chef, Leroy Flavien (ex-Joe Allen) is doing mostly good things. We’ve been recently three times to write this review and never had a dud, although some items we’ve enjoyed more than others. Peri-peri chicken marinated in spices (£11.95, with chips, main pic above) hit the spot with an Aperol Spritz, although the poultry was not quite in lip-smackin’ Chicken Shop territory.

Lunch a few weeks later was a game of two halves: Dorset crab linguine with chilli and lemon oil (£13.95) was oddly less than the sum of its parts: under-seasoned, the delicate white fish didn’t yield the hoped-for umami flavours. Much more successful was a “Moroccan Style” lamb burger served with harissa and yoghurt (£11.95, with chips): juicily medium-rare, it was as impressive in its tenderness as its ability not to collapse.

We visited a third time the other week to eat a full evening meal. A starter of crab cakes (£7.50) was moist, with a lemon aioli, while even more tangy was a crayfish and avocado salad (£7.50), its Bloody Mary dressing adding a fiery kick.

Of the mains, a saffron bouillabaisse of now-fashionable Cornish hake with mussels (£14.50) was compromised by slightly woody samphire; far more memorable was mozzarella and tomato gnocchi with spinach, courgette and pine nuts (£12.95) – outstandingly soft, packed with texture, and fresh and zingy. Service, under general manager Scott Quinn-Yumusak (previously at the Owen’s former restaurant PJ’s in Covent Garden) adds a touch of friendly old school formality to Kentish Town’s rather relaxed dining scene.

So like any old friend, the Canteen can infuriate and delight in equal measures – but don’t neglect it, as chains like Starbucks and Foxton’s have long been circling.

But what’s the history of this unique building?

This striking landmark from 1862 was originally a police station to house Y (or Highgate) Division, conveniently located next to the Assembly House, a notorious Kentish Town drinking haunt. Patrons would have inevitably, from time to time, ended up in one of four police cells under the street (now Shebeen).

The police station replaced a row of cottages which in the 18th century was called Hayman’s Row (after the name of the field that lay beneath). It was part of a bequest to the poor of St Pancras by a merchant adventurer John Morant way back in 1547, an early example of the duality of wealth/poverty that still exists in the manor today.

The current building took the north side of a large cobbled yard which can still be seen in nearby Leverton Place. The police station moved out to Holmes Road in 1896, and in the 1950s the original space became residential and the cells were used as coal depots.

By the 1970s it had been converted into two shops – which later became Ace Sports and, in the 1990s, a small Spanish restaurant Triñanes with 4am licence.

Which, of course, brings us full circle to Harry the butcher’s R.E.D venture (Really Excellent Dining) and the present.