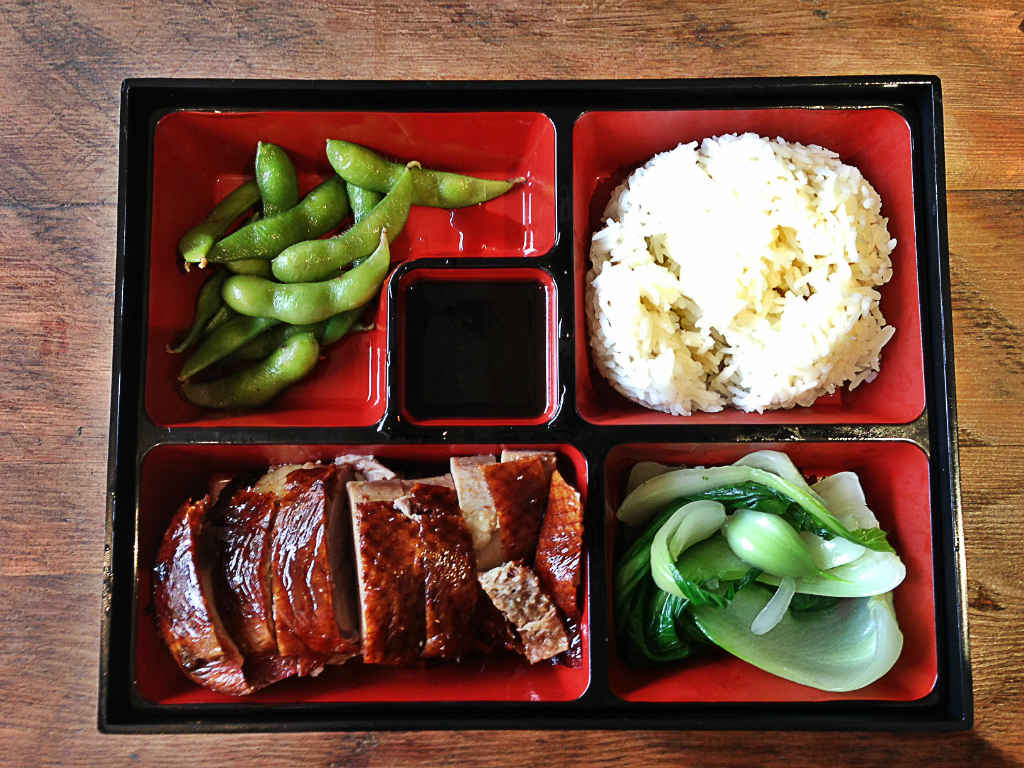 An impressive new place to refuel has opened on the Kentish Town Road. With just twenty seats

The secret is probably already out, but, nonetheless we have some important news to break today: the low-key new pan-Asian restaurant on Kentish Town Road is world class.

And if you’re the type to scoff at such hyperbole, wait: the family behind Pit Stop are highly experienced restaurateurs who know exactly what they’re doing.

Owner Sing Wong’s father is the founder of the Four Seasons in Queensway, home to what many critics have praised as “the best roast duck in the world”. And Sing and wife Carol are streetfood innovators in their own right, with their wildly popular Berwick Street Market trailer, which first appeared back in 2008.

The Soho cart cooks Cantonese food to order: and soon after they launched, word spread that the pair served a mean duck fried rice, and a sensational pan-fried bass. Even now, six years on, queues snake down the street daily. And that spirit is what they’re replicating in their new Kentish Town Road home.

The menu is short, divided into starters, rice dishes, noodles and bento, and a little basic in its execution and photocopied layout. A welcome handwritten addendum offers a soft drink included in the price of mains at lunchtime.

Service was a little brusque, at least to begin with. Seeing that four starters were priced at £5.50, we wondered if we could pick and mix to try as much as possible. “You can’t,” the waiter said, rather starkly. So we shared two. Prawn and chive dumplings, with red vinegar and ginger, were light, crispy and packed with a delicate fishy filling; “duck rolls” a perfect execution of a takeaway staple, the density of flavour belying their simple name.

It was the mains that impressed most, however. Eschewing tempting seafood, veggie, chicken and belly pork options, we chose a classic, Char Keuh Teow (£7.95), or CKT as the team call it. Juicily spicy prawns, egg and chives were tumbled through the kind of pleasingly charred flat rice noodles that only a red hot wok can deliver. It was the equal of any hawker centre interpretations we’ve tried in both London and Singapore.

Even better? An attractive bento box (£8.95, see main pic above) containing generous slabs of Pit Stop’s signature roast duck: pillowy soft, it’s cooked in the oven for 45 mins, the crispy skin nestling alongside crunchy pak choi, edamame beans and light-as-air rice. Quite the dish to hotfoot it back for.

Everything came on authentic melamine plates and bowls, and it’s worth adding that the interior’s stylish in an on-trend unfinished rustic way: plywood ceiling, recycled and distressed woodwork, a breezy mural on one wall painted by a friend.

We sat by the front window, which brings much-needed daylight into this small space (just twenty covers, we calculated), watching the always-colourful parade of characters pass by. Many stopped to peer at the menu, from curious beardy types to a topless sixtysomething male, clad in nothing more that a lurid green pair of high cut shorts. (That must be what a balmy Halloween does to some locals.)

Oh, and the bill? Just £31.40, including service and complimentary sparkling water. Like neighbours Bintang, Guanabana and Anima e Cuore, it’s BYO too at the moment – although only until the Wongs get their alcohol license.

So dig out the posh bottle of vino you’ve been saving for a rainy day – and hotfoot it to Kentish Town’s new Pit Stop this weekend.