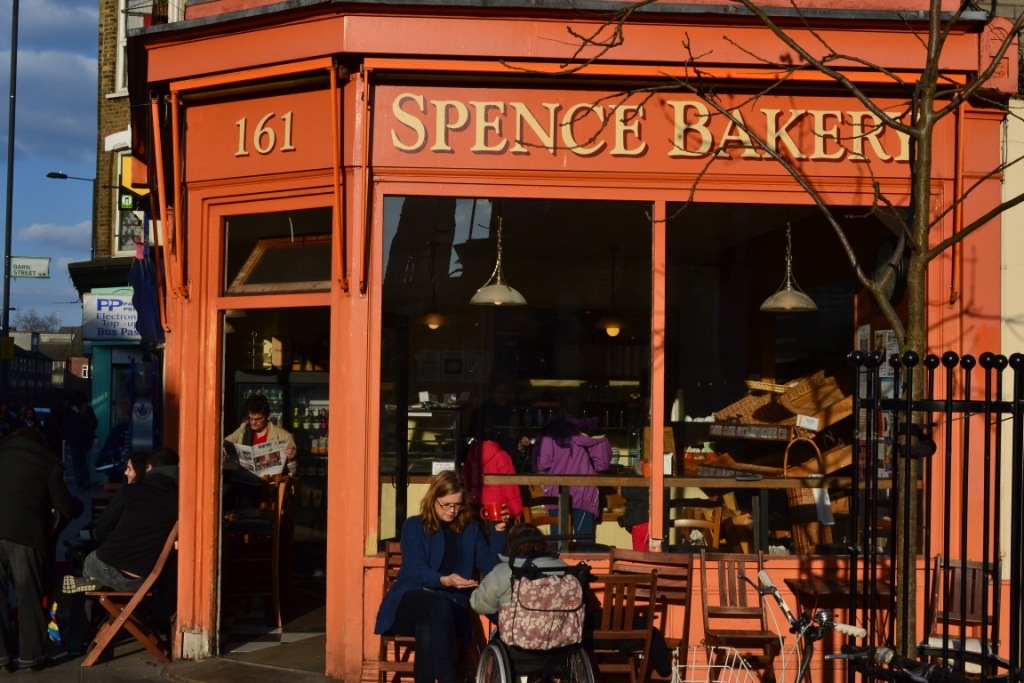 Just moments after Somewhere Over Knowhere opened down the road, with their attractively low-key, contemporary approach to a bakery and cafe, it seems another is imminent a few minutes’ walk north.

Yup, quicker than you can say “Frentishtowners”, Spence Bakery will, from March, be chucking buns deep in its shiny new oven right next to revamped boutique Soho Hip (nice bottle-green frontage, by the way!)

Following butcher Meat, it’s the second highly regarded operation from Stoke Newington’s Church Street to make the N16-NW5 hop in the last few months. Oh, and after an enthusiastic mention in our Free Weekend guide to the area last year, who better to ask than contributor Nikki Verdon for her thoughts on what dough-eyed readers can expect?

“Spence is an institution,” she says, with a sigh. “Not just a bakery or a place to grab a coffee, but the heart of the area. It’s the place for local gossip, to catch your breath after the school run, or clear your head before work.”

Sure enough, but what carbs should we be loading up on? “The freshly baked seeded bloomer, a hearty sourdough loaf, the tempting arrays of croissants and pastries. At lunchtime try a steaming hot bowl of homemade soup served with oven-fresh crispy roll. In fact,” she says, “it’s impossible to walk past without popping in to pick up a bagful of goodies and some bacon from Meat.”

Owner Katherine Lockwood, whose website says she leads a team of “bakers and baristas”, would no doubt agree. “It seems the breadcrumb trail has led back to us,” she says, grinning. “Provided everything goes smoothly, we’ll soon be neighbours with Meat NW5 and Jonathan Norris.”

This is box title
Spence will be open at the end of March at 146a Fortess Road NW5.