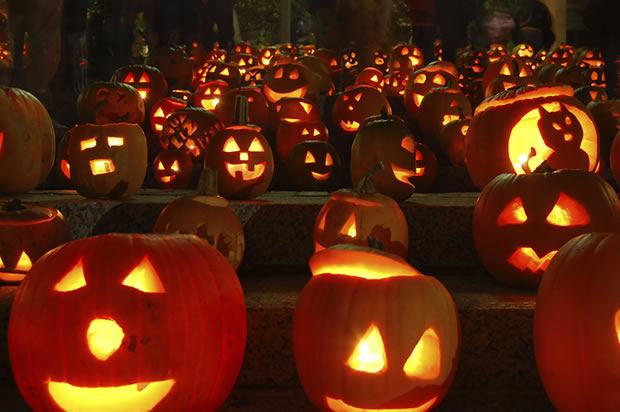 Longstanding men’s hair salon Vic’s hosts a pop-up week long show by collective A Brooks Art that brings together solo exhibitions by two artists, Sadie Hennessy and Julia Riddiough. It considers what it means to be a man today, and includes three works that address male grooming, masculinity, the gaze and the painful compulsions of male sexuality. Starts tonight and runs to the 11th. Monday to Friday 11am-18.00pm, Vic The Barbers, 185 Grays Inn Road WC1X. More info on our new King’s Cross sister site Gasholder.
This is box title

Thursdays at the thoroughly revitalised former Torriano are open mic night Freedom Fridge. So if you’ve always harboured comedic aspirations, book yourself a slot. You’ll also discover a full programme of event nights including DJs and acoustic performances too at this fab addition to the local scene, which boasts ace craft beers and ciders too. 71-73 Torriano Avenue
This is box title

The appropriately-named Tipple Taxi will be making its debut appearance in Camden Lock for the entirety of London Cocktail Week (which runs all next week, 6th-12th October). But what is it? Founded by Camden boy Lucas Sinclair, it’s a mobile bar in an iconic classic black Fairway London Taxi. On the menu are some delicious autumnal cocktails made with either the very NW1 Half Hitch Gin, el Jimdor Tequila, or Santa Teresa Rum, as well as a non-alcoholic option, non-drinking chums. @thetippletaxi
This is box title

4. Time-travel back to the steam age

Hot on the hooves of August’s horseback clash between the Romans and Boudicca in the heart of King’s Cross, Granary Square is set to journey back in time again, for a weekend exploring the golden era of steam. The family fun includes Lego train-building competitions, coal-shovelling races, steam buses and carriages. 11 & 12 October, free. More info
This is box title 6. Check out a telly star-turned DJ

Remember Normski? The photographer, DJ, MC and TV presenter who was a bit of a yoof ledge back in the 90s is now a regular at rave pub the Star of Kings on York Way. He returns to the decks on Friday 17th October at 9pm. 126 York Way, London N1
This is box title

7. Party at the Colonel Fawcett

The Randolph Street posh pub is a staggering three this autumn and to celebrate they’re partying for a whopping 72 hours (15/16/17 October). The centrepiece is the steak, cheese and wine night (Fri 16) featuring a choice of cut, a free glass of red, artisan British cheeses and glass of port for only £25; while on Sat is the big knees-up with Djs Barry Tidalwave, Billy Clark and special guest. Free drinks from 7.30pm – till they run out. Free Entry. Open till 2am. 1 Randolph Street
This is box title

Lure Fish Kitchen is set to open in Dartmouth Park in mid-October, the opening delayed due to “power supply issues”. But a sneak peek through the window reveals a very stylish interior with booths, counter dining and pendants; while the menu boasts everything from a fish finger butty (in a brioche bun with fennel slaw, rocket, aioli) to bream with lemongrass, chilli and coriander. Plus Camden Hell’s ale and a good wine list. 58 Chetwynd Road NW5
This is box title

Beloved local resource Kentish Town City Farm has been closed for major infrastructure improvements, but the barn doors swing open once again in early October. Drop by for daily mucking out and feeding fun, plus the annual Apple Day on Oct 26th, from 1pm to 4pm.
This is box title

10. Get down and Party Party

The closure of Gospel Oak’s long-running balloon and kazoo destination, the three-shop Party Party empire, was a sad loss. But the tradition is being upheld by a brand new operation a stone’s throw down the road. Alvi’s Party Party has opened – with a cheekily similar name – on Malden Road opposite the Queen’s Crescent arch, to keep the area well stocked in paraphernalia for birthdays, Halloween or any other excuse for a bash. Crediton, Malden Road
This is box title

Despite being mere astroturf-covered concrete, Granary Square’s canalside steps do an amazing job of seasonal transformation. This Hallowe’en, three thousand candle-lit pumpkins will set the tone: join in with the carving or dine on a feast made from the innards. Yeurgh. 30 & 31 Oct. Free.
This is box title

With Hallowe’en approaching, let ghost host Flecky Bennett grip your clammy palm on a creepy tour through haunted Highgate. He’ll reveal the history of the area including its celebrity inhabitants of past and present, plus infamous vampire. Highlight? Probably the nerve-steadying ale break at The Flask, although the pub’s reportedly haunted too, so watch out. Meets at Pond Square. More info
This is box title

Here’s a special one, as the man considered the ‘godfather of hip hop’ – now a visiting scholar at Cornell University, no less – comes to speak about the street culture and music that emerged from New York’s block parties of the 1970s and went on to conquer the world. Thursday 27th November. More info
This is box title

14. Experience the Worst of Scottee

Local lad and cabaret hero Scottee is back in the ‘hood this autumn with a brutally honest show which explores his own mistakes growing up, with the help of a psychotherapist and a filmmaker. It’s dark, personal, but loads of fun. Who doesn’t secretly enjoy probing into someone’s murky past?27-29 November, Roundhouse Studio, Tickets
This is box title

A swanky new Jewish cultural centre opened in the upper reaches of NW3 last year. It regularly hosts comedy nights such as the monthly Hava Nagiggle, but in November takes the guffaws to the next level, playing host to the UK Jewish Comedy Festival. Highlights include David Baddiel’s Fame – Not The Musical, mindfulness with Ruby Wax and a live read-through of When Harry Met Sally. 29 Nov – 7 Dec, 341-351 Finchley Road, NW3, more info here