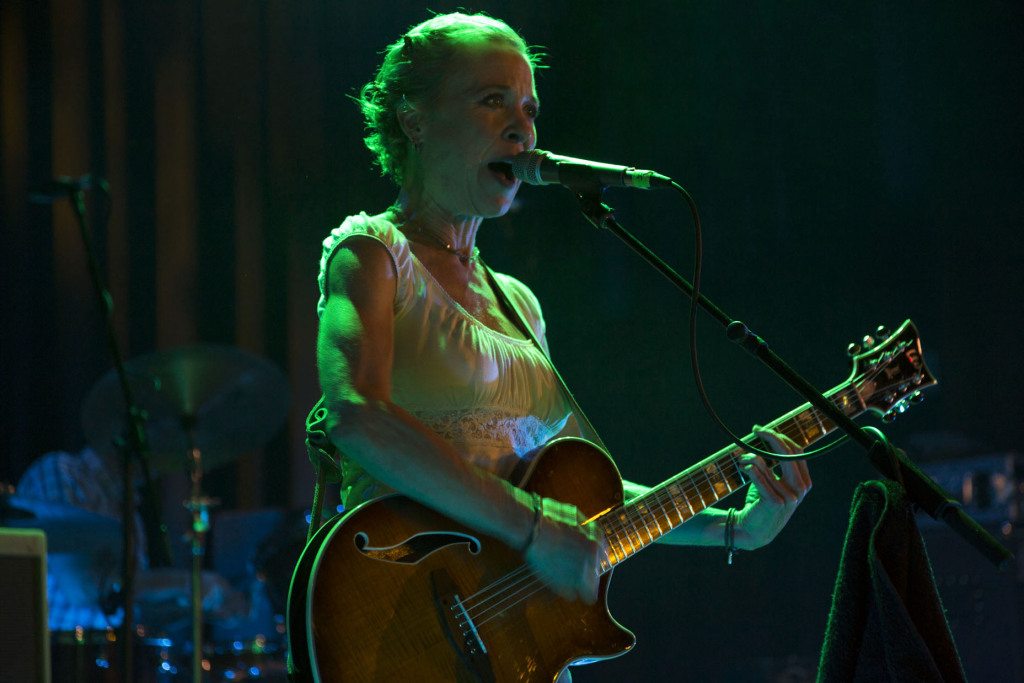 It had, in truth, been a while. Kristin Hersh’s Rhode Island three-piece endured a long enforced hiatus when they couldn’t afford to keep going, despite critical acclaim and a devoted following. It was the price they paid for keeping it uncompromisingly real, and rejecting an industry that Hersh says wanted them “hot and dumb, not badly dressed and smart”.

Happily for the singer, and for fans gathered excitedly in north London last week, things looked up eight years ago when she struck an informal deal with her “strange angels”– listeners who directly fund her music in return for free records, gig tickets and heartfelt appreciation.

The result has been a slew of solo material, the creation of another almighty power-trio (50FootWave), and, most excitingly, the resurrection of the incomparable Throwing Muses. Add to that the publication of Rat Girl, an endearing and very funny book based on Hersh’s 1985 teenage diary (a year in which she lived in her car, had a terrible road accident, was diagnosed bipolar, fell pregnant, and saw her young band signed to 4AD) – and it’s clear that her muse never went anywhere.

This tour even saw a much-anticipated guest appearance and support slot from Tanya Donelly – former Muses member who went on to play with the Breeders and then Belly. But it was the core Muses who really set the Assembly Hall alight, conjuring up a powerful alchemy that belied their standard rock set-up of guitar, bass and drums.

Seconds into opening number Sunray Venus (from their latest album Purgatory/Paradise), Bernard Georges’ badass bassline had the audience moving, while Hersh growled sweetly about “kisses all around” on an unnamed island “where no-one remembers to pray”. Factor in David Narcizo’s elegantly idiosyncratic drumming (a self-taught maestro, he originally played marching drums which fed into a snare-and-toms-heavy style he’s never lost) and something special was starting to take shape.

The easy, playful banter between songs provided an endearing contrast to their raw intensity. This has never been a band for the faint-hearted: time signatures chop and change, heartrendingly lovely vocals morph into aggressive roars, and strange, fragmented tunes and lyrics reach out to grab you by the gut.

When Donnelly appeared on stage for a few numbers you could feel the adulation intensifying – her hooky guitars and harmonies added a poppier counterpoint to Hersh’s furious rawness.

Yet it was during the three-song encore, minus Donelly, that the ultimate Muses superpowers were unleashed. Shark and Bright Yellow Gun were better than a die-hard fan could ever hope for, crowned only by the violent and enthralling Bea. “I could break you for all the right reasons,” yelled Hersh, before the frantic, perfectly executed toms thundered towards a skidding climax.

And with that, three sweet, smiley, sweaty muses thanked us, waved, and disappeared quietly into the night.