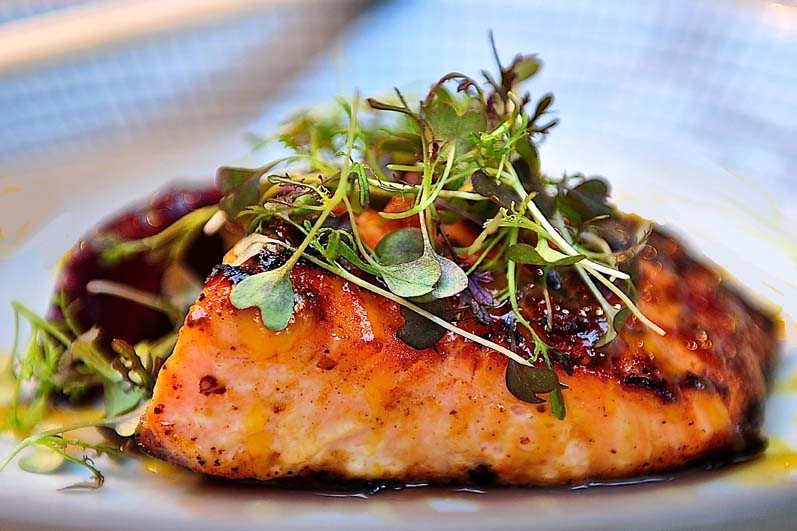 It seems vaguely ridiculous in this era of bountiful streetfood carts, beautiful sushi lunchboxes and banh mi baguettes at railway stations that the takeaway delivery experience can often seem stuck in a timewarp.

Posh restaurants have attempted to fill the void by decanting their dishes into plastic trays but can involve frustrating ordering experiences and sketchy service. But now there is a genuine push towards a new kind of home delivery specialist, complete with state-of-the-art tech and inventive chefs preparing dishes that travel well.

They aim to bridge the void between the tasty and nutritious food that can be picked up on the go at lunchtime, and the traditional deep fried or gloopy options available for home delivery fayre.

Tootoomoo appears to have all the right credentials. Serving the wilds of Crouch End and Highgate for a couple of years with a menu of the oft-abused “pan Asian” variety, this month they extended their remit to cover NW5.

We’ve ordered from them twice in recent weeks, once as guests (for which we’ve scored readers a very attractive discount offer that you’ll find at the bottom of this page) and a second time anonymously, to check if standards are maintained for the average customer in the thick of a busy Friday night order scrum.

Happily, both experiences proved a hit. Round one made for a jolly office lunch, a few of us gathered gingerly to open up trays of steaming edamame – when usually we’d be facing another icy supermarket sandwich.

Duck and watermelon salad was fantastically light, yet rich in textures and flavours, unlike any standard concept of overly-hearty takeaway starter or wishy-washy side salad. A mixed selection of sushi was less immediately inspiring, but came with a killer home-made wasabi, rather than a grim sachet.

Particularly popular was the grilled salmon miso with a beetroot salad, which although pricey for a delivery dish (£11.95), was a refreshingly complex success – considering its confinement in a plastic tray.

Over a bowl of crunchy butter-less steamed veg, we were struck by how healthy the whole spread was. Only the smoky chicken strips veered into indulgence, upping the calorie count while tasting like a little like a naughty packet of crisps. And not quite crispy enough, to boot.

On the second occasion, and ravenous after a long day, we went for a crab tempura starter: a double-pronged attempt to challenge the healthy credentials of the Tootoomoo menu further, plus test their ability to deliver a different ‘crispy’ dish in good shape after the limpness-inducing rigours of 20 mins on the back of a scooter.

Unlike the chicken strips, this proved fluffy and light, exhibiting plenty of crunch and remarkably little oily residues to speak of. A success.

Blow-torched salmon salad looked and sounded lovely, but ultimately was a little plain, the just-pink flesh not having absorbed much of the miso vinaigrette. It was one dish that did suffer for having come by road, but was somewhat revived by being turned out onto a plate.

A dish called shanking beef sirloin was moreish, the meat lean and very tender, the sauce complex. Lemongrass chicken, meanwhile, proved a sweeter alternative, easily wolfed down and prepared with thought, rather than as oversized chunks. A minor issue? Its chilli pesto lacked heat, the case with a chicken rendang too, authentic in every detail of its slow-cooked infusion of coconut and lemongrass – except the Westernised lack of spice. We would have like the option to order a more fiery version.

Despite minor niggles, it was a genuine revelation that two such sizeable spreads of takeaways could yield such a healthy and light experience. Slumping back on the sofa having polished up the last of the brown rice, the gut feeling was inevitably one of indulgence, but not a full-of-regret, post-madras coma.

Just in case you thought Tootoomoo’s menu was in danger of being a little too angelic for requirements on an unashamedly lazy night in, we spotted it boasts a list of delivery cocktails too. Shaken or stirred, then scooted over with the food, we’ll test this concept on another occasion, but it sure sounds like a more fun way to undo those healthy intentions than simply reaching for the same old doormat pizza offer.

This is box title
Reader exclusive: Kentishtowners get a generous 20% off their first order from Tootoomoo. Simply enter the code TTMKT on the checkout page at Tootoomoo.co.uk to apply the reduction to your bill.