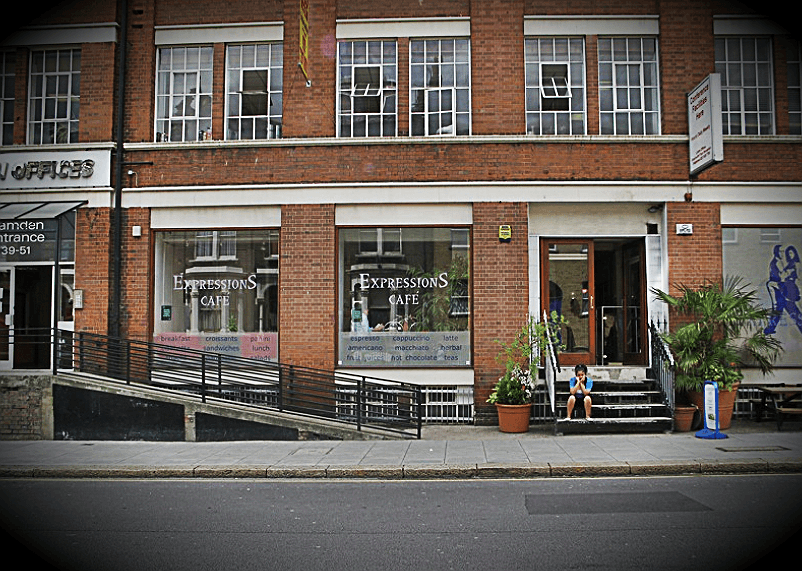 They say you don’t know what you’ve got til it’s gone. But that’s not always true. Kentishtowners knew exactly what they had in Expressions Studios, a welcoming space to let off steam for a few hours through all manner of dance and exercise.

It opened its doors to the public in 2004 as a commercial company with three studios and cafe, the vision of two dancers, Orod and Dessy Ohanians. Wanting to provide a good quality space for the community, they equipped the studios with wood-sprung floors, air-conditioning, sound-systems and ballet barres, the classes ranging from keep fit to salsa and martial arts. Several years later they changed its status to that of a registered charity to allow for more flexibility and funding to be secured from government bodies and trusts.

I work at Mumsnet on Highgate Road and first came upon the studios when looking for a space for my office’s growing lunchtime yoga class. They were affordable, nearby and staffed by people who are clearly passionate about what they do.

So when the announcement came that they were being forced to shut down so that their landlord could turn the building into flats, the disappointment in our office alone has been overwhelming. There is no other establishment in the area which is as near to us – or as cheap.

“Closing will be the end of a dream my husband and I had for dance teachers in the area,” says founder Dessy. “We opened the studio ten years ago because we were fed up with venues and club owners cancelling classes because ‘dancers don’t drink enough’ to justify having such social nights. We wanted to have a safe and pleasant place for dancers and teachers to do what they love without the threat of closure because of lack of profit. This is exactly what has happened now.”

It’s not just the affordable space that Kentish Town will be losing. It’s another community hub being trampled over by the lure of a more profitable venture. There’s no doubt that London is in need of more housing, but at what cost? Does anyone really want to move into a cultural vacuum, where the only attraction is other expensive houses?

A petition to Camden Council reveals just how valuable the studio is to its regulars: “This is where my husband and I learnt to dance,” one signatory posts. “You would be robbing the area of an amenity that helps London contribute to its creative core,” says another. “Flats and people are one thing, dance and art are another.”

Most moving is a message from one Nemanja Sonero, from Tallinn, who says simply: “Dancing saved my life and helped me be the responsible and loving man I am today, and the people who work in that studio I know are trying to help in the same way to others. Dancing is simply, something beautiful and special we all need.”

Interestingly, the space which Expressions inhabits isn’t actually earmarked for flats. “The landlord has obtained permission to convert the building from first to fourth floor into flats,” says Dessy. “He’s planning to use Expressions for his own office space and the basement for storage of materials and tools.” It seems an unthinkable waste that what was once a vibrant space should be turned into storage.

For Dessy and her husband, the closure of their dream means they’ll have to rent sub-standard halls and repay rent arrears into the thousands, which could, they say, force them to sell their house. For Kentishtowners it means the loss of a space to dance, exercise and escape the crush of the city for a few hours.

This is box title
Expressions closed its doors yesterday, but you can still sign the petition here.