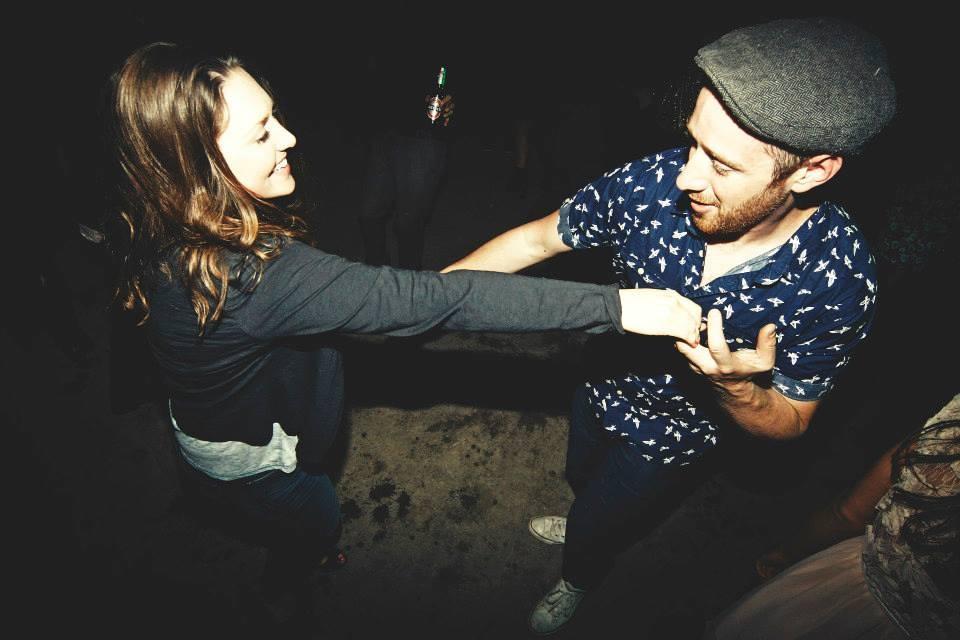 Last week The Grafton won the Sky Sports Great British Pub of the Year 2014. Now, on the eve of its second birthday, meet the couple behind its success

Susie Clarke and Joel Czopor are from Guildford in Surrey. They moved to Kentish Town in May 2012 to take over The Grafton on Prince Of Wales Road, which last week was named Sky Sports Great British Pub of the Year 2014. Susie is a former singer-songwriter and music promoter; Joel previously owned and managed a restaurant and a music venue. They are getting married in July.

When were you happiest?
Susie: The first night we opened The Grafton was unexpectedly packed in spite of being a ‘secret’ opening a week before the official one. When we rang the bell at closing time the lovely punters all burst into spontaneous applause. It makes me simply beam with happiness every time I think of it.

Where would you like to live?
Susie: We both love Ryland Road.

What is your favourite sound or smell?
Joel: That hoppy smell wafting up from Camden Town Brewery as you step off the train at Kentish Town West.
Susie: The cacophony of Alma Street Fair.

What is your greatest life achievement?
S: We’d have to say our relationship. We’re both pretty strong-headed people so being able to live together, run a business together and still really, really like each other is kind of awesome.

What is the most important lesson life has taught you?
J: We couldn’t put it better than Thomas Jefferson did: “I’m a great believer in luck, and I find the harder I work, the more I have of it.”

What is your earliest memory round here?
J: Sitting at the bar waiting for the kettle to boil at the Grafton Arms, as it was, contemplating what a gem of a pub it had the potential to be.
S: Walking around the manor, taking in the sights and getting really excited about the prospect of starting a business here.

What makes you unhappy?
S: I find it really hard not to get upset when someone says something negative about the pub.
J: As much as I love it I’d say my job makes me unhappy, occasionally. It’s not always easy and can sometimes get me down.

What simple thing would improve your quality of life?
S: We hate to say this, but moving out of the flat above the pub would be the single thing that could drastically improve life for us. It’s such a lovely flat, and where we are is a dream location, but there just isn’t any separation between home and work life which can be a real drag.

What is your most unappealing habit?
S: I am extremely unpleasant to be around when hungry, overtired or unable to locate my Carmex (my own personal addiction).
J: I’m a nose-picker.

What is your guilty pleasure?
S: Pedro’s. I flippin’ love it.
J: The occasional cheeky E.Mono and pretty much everything at Phoenicia.

Where do you hang out?
J: When we make it out, some of our favourite places are Chicken Shop, Pizza East, the Brewery, Made in Camden for brunch, the Heath and Knowhere Special.

Who or what do you hate and why?
S: We hate that we never seem to have enough time to take full advantage of everything the neighbourhood has to offer.

What’s been your best experience in the area? Worst?
J: Being part of the organisation of this year’s Alma Street Fair and other community projects we’re involved in.
S: Worst would be hearing that local legend Tony, who owned V&S Catering Supplies on Castlehaven Road, had passed away recently.

What do you most dislike about your appearance?
J: I am living proof that the ‘muffin top’ is not an exclusively female plight.
S: For me it’s always been my wonky teeth, hence my decision to get braces at 32.

What’s the worst thing anyone’s said to you?
J: It’s not the worst, but after being barred from the pub a badly-behaved former punter yelled a final insult down the street: “Joel, you’re ugly!”
S: I worked in a bank when I was 18 and a particularly horrible customer who, annoyed at being asked for ID, told me I was “making a worthless impression on the world”. That should have been enough to put me off a career in the hospitality industry. Sometimes people are the worst.

Tell us a secret.
J: I was planning to propose to Susie at The Grafton’s launch party in front of all our friends, family and new customers, but we were so flat out in the run up I didn’t have time to organise a ring. It was more than a year later when I finally popped the question on a deserted beach, just the two of us.

What has your career taught you?
S: It’s never too late to start again. I was 30 by the time my music career had run its course. The pub business was something we’d both been involved in before so it made sense to pursue that. The thought of starting over was scary but it was the best decision I ever made.

What did you do today?
J: We nursed the worst hangovers of our lives after over-indulging in the free bar at The Great British Pub Awards. We won our category award Best Partnership Pub, then entirely unexpectedly picked up the overall title of Great British Pub of The Year. It would have been rude not to celebrate. Pub life didn’t allow us to hide under the duvet as planned though: one of our fridges and a washing machine needed fixing and we had to drag our sorry selves to south London for a last-minute meeting.

Describe yourself as an animal.
S: I’m definitely a cat and Joel is a dog. He’s fiercely loyal, friendly, fun and eager to please. I’m much more aloof and like lying around in the sun.