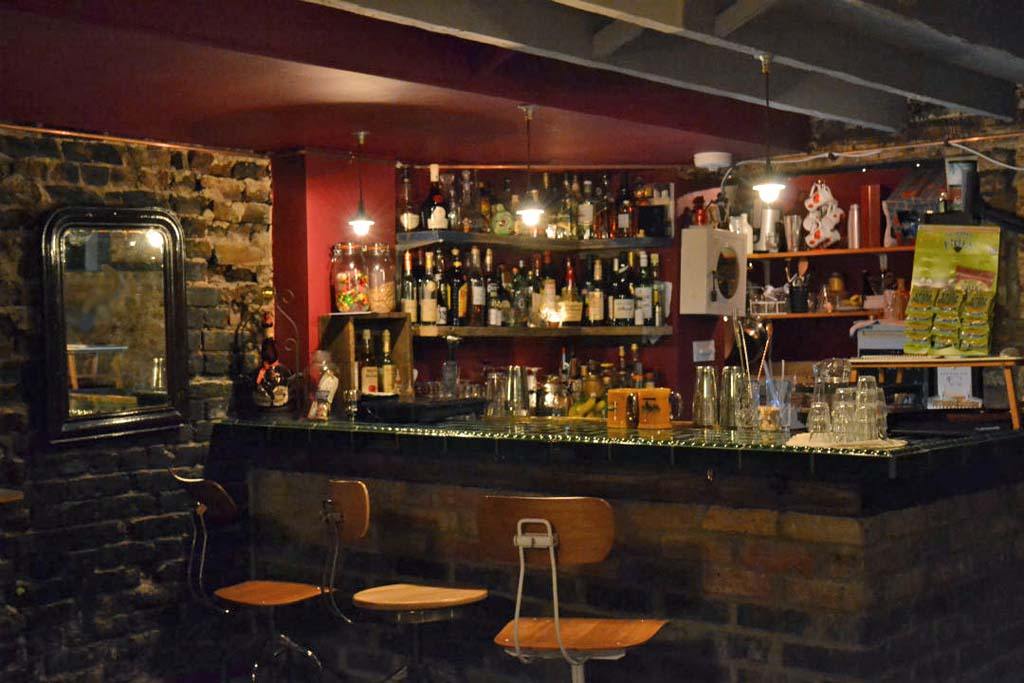 Did you see the Economist piece about Kentish Town Road at the weekend? It’s certainly caused a real stir amongst our thousands of readers, many of whom have requested a response from us.

In short, a journalist called Emma Hogan – whose website says she graduated from Cambridge university in 2010 – argued that some London high streets are “resistant to change”, with Kentish Town Road the epitome of the “humdrum”.

It boasts neither “bars and tattoo parlours” like Camden Town, she sighed, nor boutiques and bistros like Hampstead. Furthermore, its shops and cafés are “almost invariably untrendy and in some cases mouldering. A hair salon, a butcher and a sportswear shop have each been owned by the same men for more than a quarter of a century. Why?”

Ranging over possible explanations to fit her argument, including the proportion of council housing, demography, the power of Nimbys, and “paradoxically” soaring house prices, Hogan concluded that “London is a global city, but it is also a collection of villages, cranky and resistant to change.”

Resistant to change? A little light investigation would throw up hip indie coffee shops Two Doors Down, Arancini Brothers and Doppio, tattoo parlour Scratchline, speakeasy bars like Knowhere Special, Shebeen and the forthcoming Ladies and Gentleman, restaurants such as Upstairs, Kami, Kentish Canteen and the soon-to-arrive Patron, and quality stores like Earth Natural Foods and Phoenicia. And youthful crowds cram the revamped Abbey, Oxford and Assembly House, with the Bull & Gate about to reopen near the world-famous Forum venue.

And, while we accept that the piece is focused solely on the high street, it’s nonetheless worth a mention that two minutes away from Kentish Town Road are Soho House Group’s three restaurants, as well as acclaimed new foodie venture Shoe Shop. “Even the local kebab shop E.Mono has been named as one of Giles Coren’s favourite restaurants,” says reader Patrick Peake, with a groan.

But justifying Kentish Town Road as either trendy or steadfastly “untrendy” is of course missing the point. As reader Judith says, “thank God for the high street: it’s unpretentious, with a library and post office that are both open.” Longstanding businesses like Blustons, Flaxon Ptootch, Wine Cellar, B&S, Pane Vino, the fruit and veg stalls and Owl Bookshop have flourished for decades for a reason. Stores like Poundstretcher fulfil other useful needs.

So the Economist’s argument is really nothing more than a simplistic one: that most London high streets (with notable exceptions in wealthy pockets) are a mix. Is it calling for the capital to be more like Paris? All prettified central streets with the poor relegated to the perimeter?

Susie Clarke, co-owner of the Grafton, one of north London’s liveliest boozers, argues that the article is clearly poorly researched. “Its themes bear no resemblance whatsoever to the Kentish Town we know. I do appreciate the status of a town’s High Street as its ‘calling card’ but it in no way defines a neighbourhood either culturally or economically.”

“I didn’t think much of it,” agrees historian Gillian Tindall, who was quoted. “[The journalist] just doesn’t really understand Kentish Town or, I suspect, the finer gradations of London districts in general. She thought Camden Town was a success because it has late-night bars (and the attendant problems) and KT less successful because it has avoided that culture – a somewhat naive view.

“She also didn’t seem to notice the coffee shops that now line the high street, and failed to grasp that the point about the long-standing shops (such as the butchers) is that they have survived because they are Really Good.”

But Times food critic and TV presenter Giles Coren disagrees: “I can’t argue with the logic or the picture they paint, although obviously they miss the small handful of good and important shops on the high street, but it is mostly shit-awful pubs, filthy fast food and pound shops. The social register of the high street comers and goers is why the gentrification of shops has come to the top end of Fortess Road instead, and will continue to do now until the place is a second Ledbury Road, for which I give thanks every day.”

Ahem. This publication’s raison d’etre – and, we should add, success – has been rooted in its embrace of the area’s diverse community, deep history – and constant changes. Isn’t a high street which appeals to different layers of society crucial?

“The article happily misses the point,” reckons Observer Food Monthly editor Allan Jenkins. “It is precisely because it is a mixed community that Kentish Town works. God save us from another Camden Town or Hampstead with their multiple phone shops and baking chains like any other high street. I prefer my middle-classes (and of course I am one) to creep slowly rather than destroy the identity of the old London places it parasites on without due diligence.”

Finally, Jenkins says he’s proud that Kentish Town hasn’t been “obliterated by soulless supermarkets” and people still happily shop in places with familiar faces and personality. “I’m happy, too, that the pace of inevitable change allows the old family stores to survive without being rent reviewed out of existence. Now I’m off to buy my biodynamic tea from Earth, excuse me.”

What are your thoughts?