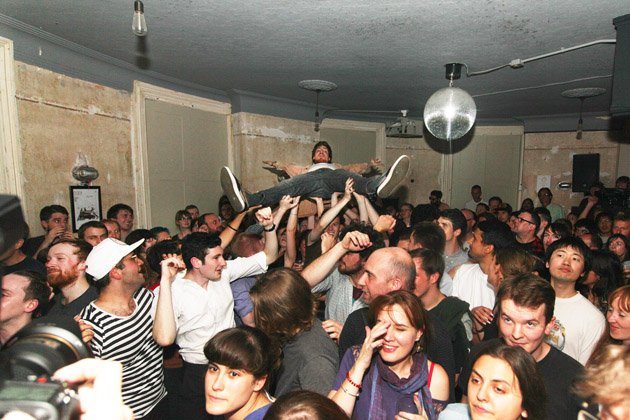 Team behind The Old Blue Last and Birthdays take over the failed Record Club, telling us east London has reached saturation point, with Camden the "natural choice" for their next opening

Here’s something sure to prick up the ears of blinkered east London-centrics and lazy Camden-phobes.

In possibly the most significant announcement yet towards challenging clichéd attitudes about the area, one of the capital’s most respected venue operators has chosen Camden Town as the preferred location for their latest nightlife venture.

The team behind original Shoreditch pub-cum-gig venue The Old Blue Last, Grafton-style boozer the Windsor Castle and lively Dalston basement Birthdays have exclusively revealed to us their plans to open The Stillery, a late night home for live music, club events, eating and drinking. It replaces former non-starter Record Club at the bottom of Kentish Town Road.

Across two floors they’ll offer a daily mixture of entertainment including exciting bands, DJs and parties, with a selection of changing kitchen residencies to keep the foodie offering fresh and exciting too.

So why this vote of confidence in the area right now? “I guess the first thing is that we didn’t want to open another bar in east London,” says Ross Allmark, events boss at all three venues. “It really felt like sometime last year the whole area reached saturation point and people were just opening bars in the east because that’s the accepted logic. Customers have started to experience launch-fatigue.”

Like so many of London’s bar and nightlife industry types, Ross has loads of fond memories of Camden from his teens, but has focused his attention out east for years, which isn’t that surprising when the epicentre of London cool resolutely shifted that way.

But his sense that NW1 has something special to offer today, and to a slightly more grown-up crowd as well as excitable younger ones, reflects a wider shift. That it’s happening now, not so long after Old Blue Last owners Vice published one of their stinging Why I Hate features on the area too, supports the view – long touted by us, of course – that cultural rehabilitation for Camden is now as unstoppable as it is inevitable.

“For me, Camden will always be synonymous with alternative nightlife in London,” says Ross. “The opportunity to contribute to that tradition, and hopefully bring something a little different to it, is really exciting.”

Don’t expect more of the same from the team’s Shoreditch and Dalston outposts though: they’re keen to embrace the challenge to pretty much start all over again.

“Music is right at the heart of what we do,” said Ross, “but with so many great venues in the area it wouldn’t make sense for us to set up another space geared solely to live stuff, so The Stillery will be a hangout first and foremost.”

The Stillery will launch on Sept 19. Open late every night of the week, existing Record Club members will receive discounts on ticketed events and also at the bar. More info, email signup and social links via the website.

3 thoughts on “Exclusive: The Stillery comes to Camden Town”

3 thoughts on “Exclusive: The Stillery comes to Camden Town”