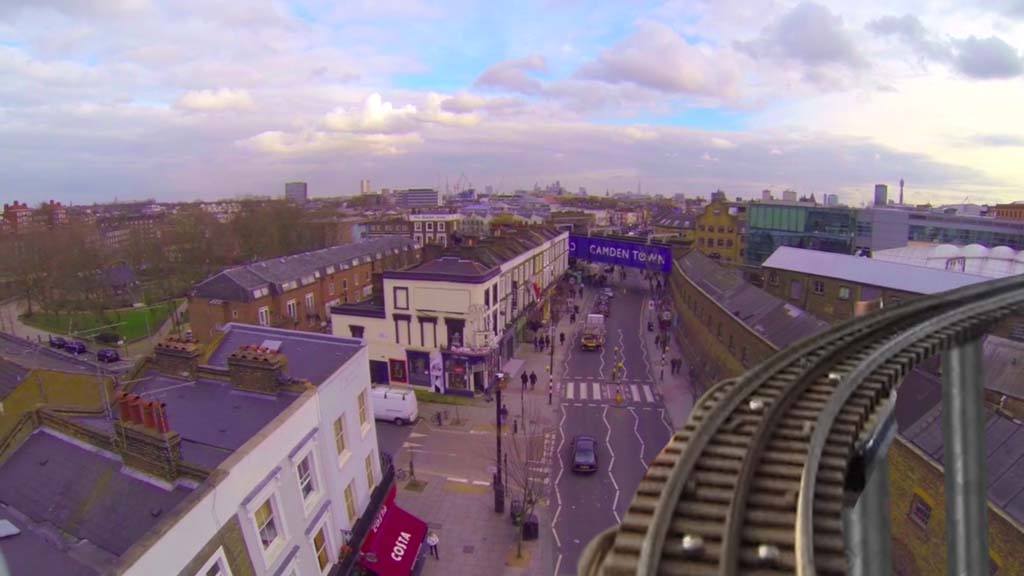 Camden Town is about to get its own mini version of Manhattan’s much-admired High Line, the disused railway track transformed into a mile-long garden, allowing for verdant strolls perched above the urban sprawl.

There has been much talk of finding a London “rival” to this inventive urban landscaping project, and controversy too about the dangers of funnelling public money into a trophy park project rather than the upkeep of existing, less glamorous open spaces.

So instead, the forward-thinking bunch at Camden Collective came up with a design competition for a local green High Line – with a bit of a twist. The contest generated hundreds of proposals, which were whittled down to five by an all-star panel last week (see left). The winning projects will transform the streets above Camden during the London Design Festival next month.

They include Romain Meunier & Tsvetelina Tomova’s Rooftop Line, offering an amusingly Hornby-style take on the concept. “Our idea is to use a model train to ‘travel’ across the rooftops of the area,” they say. “By placing a small web camera at the front of the train and live streaming its footage within the gallery [at 26/69 Camden Town High Street], we to take viewers on a high-journey in between physical and fantastic, across the themes of play, travelling and new encounters.”

Other projects to look out for during the week are: a green billboard covered with real plants by a trio of artists Benedict Goodwi, Serena Montesissa and Fancesco Gorni; a giant birdhouse to mimic London’s property market madness, created by Build is Everything; Marc Fuya’s series of rooftop flags which attempt to swerve patriotism; and Bahbak Hashemi-Nezhad’s Public Plinths, outdoor chairs situated in unusual positions.

All in all, a great incentive to tilt your gaze a few notches up for a change, and enjoy Camden Town from a whole new angle. Bet any passing New Yorkers won’t know quite what to make of all that.

This is box title
The installations run throughout London Design Festival, 13 – 21 September with the gallery to be found at Collective stores at 26 and 69 Camden Town High Street. All free.