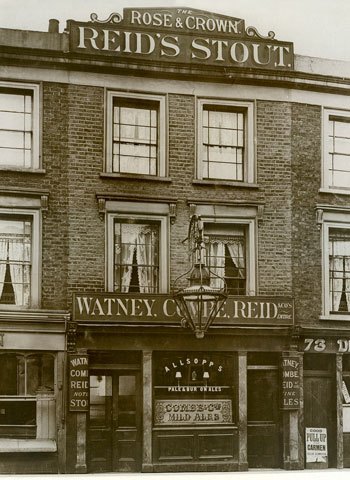 Many readers were alarmed when hidden east Kentish Town boozer the Torriano mysteriously shut its doors a few weeks ago. Having survived untold advances from property developers, there was a natural concern that the much-loved spot had finally given up the exhausting fight.

After all, a pub has stood on this site since the middle of the 19th century. Originally called The Rose & Crown, it was demolished and rebuilt in 1937. For decades it served as an off-licence before its more recent manifestation as the Torriano, a characterful bar known for crepes, cocktails, comedy nights and live music. And its no-fuss but atmospheric interior, with sunken garden behind and rowdy pavement benches was frequented by a genuinely bohemian crowd, including, at the height of his fame, Pete Doherty and entourage.

But its existence was threatened in both 2007 and then 2011, when developers who had bought the site applied for planning consent to turn the property into flats. The result was a high-profile campaign to Save The Torriano; you could even by a CD and T-shirt alongside a pint of hard stuff.

The good news? The new owners seem the right fit. Chris Hurd has been running pubs and bars around for the past decade, most recently for the Columbo group, managing the Old Queen’s Head on Essex Road and Paradise by Way of Kensal Green. He’s teamed up with two business-minded brothers, Theo and Ben Caudell, to form a new company, Carouse London.

“Our search for a premises has taken us right across the capital,” Chris says. “But when we discovered the Torriano was on the market I was excited as I’d lived on nearby Cliff Villas a few years earlier, and knew the pub. We entered into negotiations with former leaseholder, Dean Guberina, in April and the deal was finally sealed in the early days of June.”

The plan is simply to restore the pub’s former moniker, the Rose & Crown. “It survived two incarnations of the building until 2001 when it became the Torriano,” he says. “We have a strong belief in original pub names and historical ties.”

So far so good. They’re giving the place a makeover, of course, but are also keen to “completely rejuvenate the drinks list to bring in a vast array of local beers, including Camden Town, Beavertown, Weird Beard, Redchurch and Hackney Brewery, plus, slightly further afield, Burning sky, Summer Wine Brewery and Magic Rock.” There’ll also be the interesting wines and spirits (let’s avoid the word artisan) that befit a “contemporary” boozer.

Fans of the venue’s cultural prestige will be relieved that the boys will continue the live music and comedy element in the basement, which will also double as an extra bar on weekends. And yes, there will be food. But that bit is yet to come so we’ll keep you posted.

So why NW5? “I think Kentish Town has a classic quality; it’s never in or out of fashion,” says Chris. “In fact, I like it better the more time I spend here. We have a real feeling about the pub, and there seems to be a great swathe of local support which only serves to bolster what we are trying to do.”

This is box title
The Rose & Crown will open its doors on either July 14 or July 21. Find it at 71 Torriano Avenue NW5. If you’re a fan of the Torriano area of K-Town, read this tragic story of the little cafe at no.96