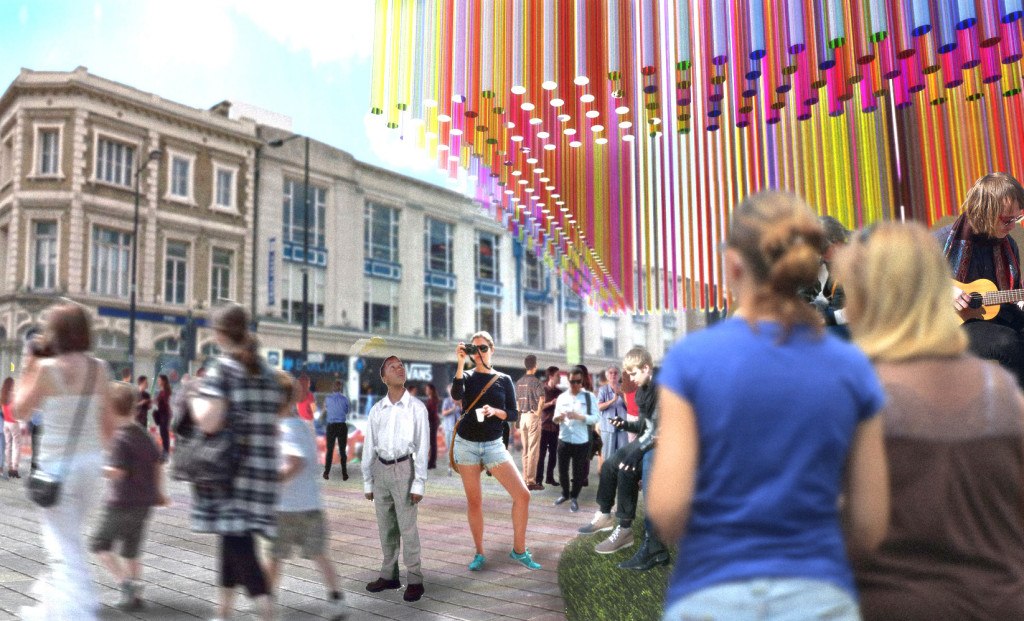 So, earlier this month more than 30 events took place across 20 venues, from the Roundhouse to the Hawley Arms.

Festival-goers explored Camden’s lesser known eateries with Fox & Squirrel, listened in to creative industry secrets with RKCR/Y&R,were given exclusive access to the studios of legendary architect Ron Arad – and swarms of folk stepping out of Camden tube gawped at the multi-coloured Pavilion designed and built by KSR Architects and Build is Everything.

If you missed it, we highly recommend you watch the above short film from So Fraiche Media (with animations by We Are Formation). Why? To see the dayglo cats, if nothing else.

Were you there? What were your highlights?

This is box title
Curious? We’ll be the first to bring you details of next year’s Camden Create to be announced later in 2014