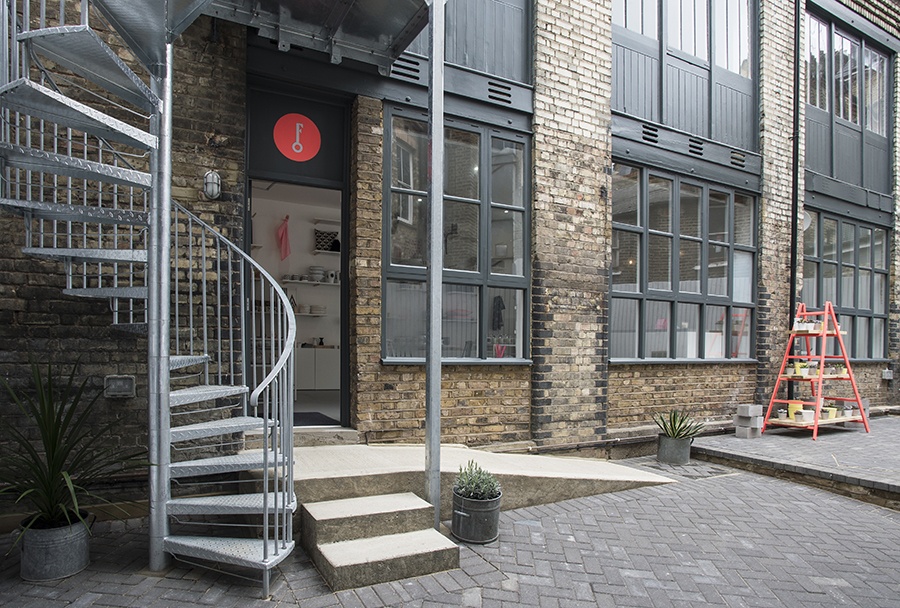 Two years ago, in what became a much-quoted metaphor, we pondered if Tufnell Park had long been the Dannii Minogue to Kentish Town’s Kylie. And yet, we asked, was a new spate of openings – Soho Hip, Ruby Violet and Future and Found – putting the formerly under-achieving little sis at number one?

Fast forward to 2014 and the Tufnell end of Fortess is less Dannii, more Angela Hartnett, with posh butcher, wine shop and deli and new fishmonger on its way. Not to mention the now uber-popular artisan ice cream parlour that has queues flowing outside its doors at weekends.

But in the midst of all the excitement, Future and Found – the stylish white cube offering “beautiful things for your home” – has vanished. Well, round the corner, anyway.

“In spring last year we discovered an amazing building just a stone’s throw from our current shop site,” says owner Andrea Bates, “and we fell in love. It’s an old industrial monolith that we think was probably once a piano factory, left empty with just a city of pigeons inside. It has had many reincarnations throughout its life, including a film school that a few locals still remember. Never before, though, has it been a retail space.”

Fortunately – unlike other equally enterprising projects – Andrea and her team happily gained planning permission in 2013, with building work in progress since autumn.

The top two floors will become an open-plan flat in which Andrea will live. “We’re hoping it’s a showcase for the Future and Found style: calm and understated, yet design-led,” she says.

Meanwhile, the ground floor houses a brand new interior design studio. “The increase in shop-floor space, along with a fantastic outdoor courtyard, means we’re able to expand our collection and move into new product categories.”

And if you need some assurance of her credentials, Andrea spent thirteen years scouring the world for brands such as Heal’s, Paperchase and Jamie Oliver.

Inevitably, the space would make the perfect alfresco summer cafe, too. So surely a coffee, lunch and cakes concession is on the cards?

“I do have a phase two plan up my sleeve,” she says, with a smile – but without revealing anything further.