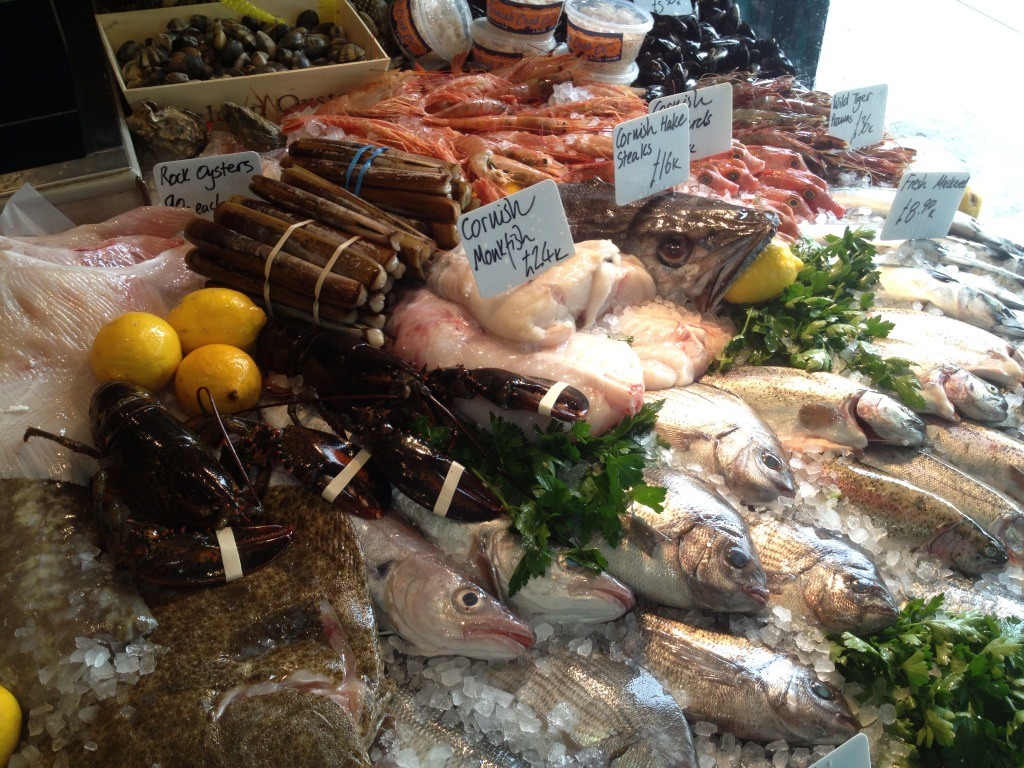 As the May bank holiday approaches, the smell of the sea is quite definitely wafting in the air.

Just a few weeks after posh Stoke Newington butcher and deli Meat opened a second shop on Fortess Road, acclaimed fishmonger Jonathan Norris is set to take over no 140, currently in the throes of a substantial refit.

And he already has two other successful outlets across the capital. “The first started life as a market stall in Pimlico,” he says, “while the second has been in Victoria Park, Hackney, for the last five years.”

So why Tufnell Park? “I used to live in West Hampstead, and was originally looking to open up there but, looking further east, chatted to friends who live and own businesses in NW5. There’s potential for me to develop a really nice shop here; rent is at fairly civilised level too (for now!) and the demographic of the area is diverse and interesting.”

He said it. The new store opens on June 4th, and, like its siblings, will source the very best British fish and shellfish from “small boats in the West Country”. Some top sellers? “They vary with the seasons,” says Jonathan, “but line-caught wild bass and mackerel are always popular, along with static netted hake as well. And we sell out of mussels, clams, and crab daily.”

Lest we forget, Jonathan Norris joins other established NW5 fishmongers Harry’s, in central Kentish Town, and the popular twice-weekly stall on Queen’s Crescent, which now sees queues slithering down the street for, among other creatures, its bargainous bass. Follow Jonathan Norris as the shop launches on @jonnorris12

Fishy business: three other openings to dive into

Whilst we’re in watery territory, has anyone checked out the slick new chippie Danny’s (385 Kentish Town Road), a fin’s hurl from The Forum? “It’s the only proper fish and chips in Kentish Town,” reckons reader Daisy Biswell, a printmaker. “The quality of the food is excellent and a good price. It looks simple and clean with the whole front open; very inviting. I know we have Poppies down the road in Camden, but if you live this end of town it’s perfect.”

Further south, on the site of the old Lahore Masala House (194 Kentish Town Road) – how good was that in its early days? – is Friends Seafood & Grill. Reader Phoebe tweeted us a couple of times thoroughly recommending the fare, which includes reasonably-priced grilled tuna, seafood and bream. As with its predecessor, there’s a BYO dining room behind, too.

Finally, a hip-sounding new eatery is opening in Dartmouth Park in mid-June. Called Lure Fish Kitchen, it replaces Liberty Kebabish (56 Chetwynd Road) and promises “casual though gourmet fish and chips” from sustainable sources “who only use day boats”, says owner Philip Kendall. Dine in or out on oysters from Mersea, blackened miso salmon, bream with lemongrass and Camden Hells-battered north Atlantic haddock. Mains from £8. Fully licensed. Follow them on @lurefishkitchen