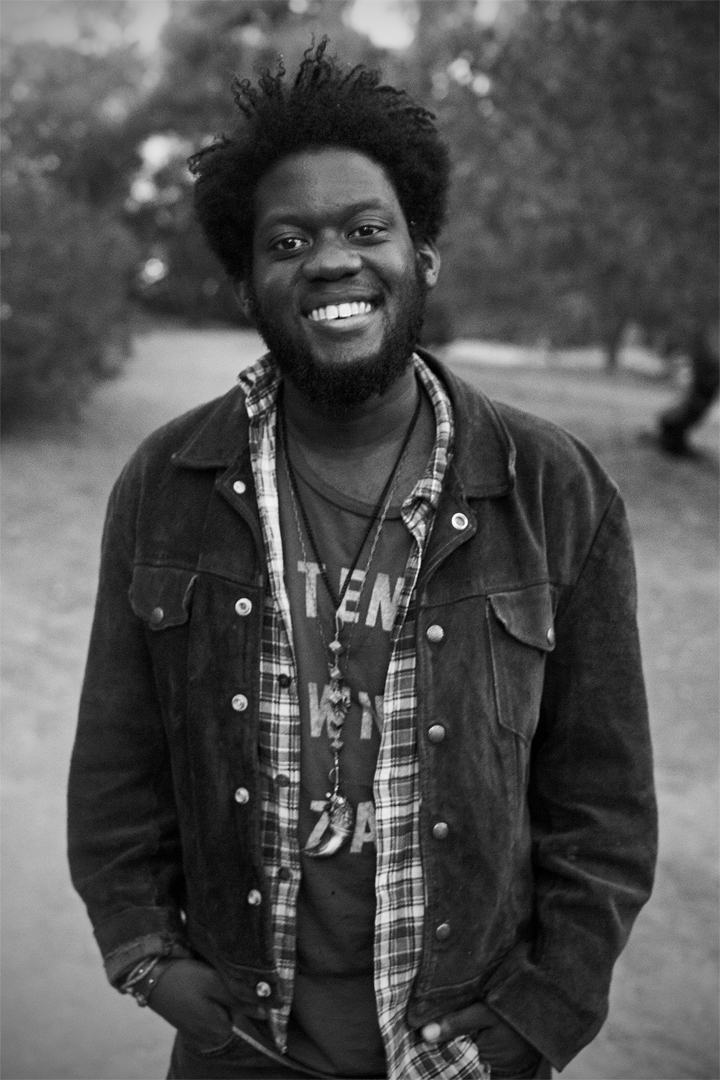 Born and raised in Muswell Hill by Ugandan parents, Michael Kiwanuka’s songs have earned him comparisons to Otis Redding, Van Morrison and Curtis Mayfield. In 2012 he won the BBC’s Sound of award, and went on to reach #4 in the UK chart with his debut album, Home Again, released on Communion Records. He plays a charity gig at St. Luke’s Kentish Town this Saturday, 3rd of May.

Where would you like to live?
Any of the colourful houses on Bartholomew Villas would work for me; specifically the house on the corner of that round, I think it’s called Sunny Lodge.

What’s your favourite sound?
When I hear the hum of the Abbey Tavern beer garden I know it means summer.

What’s your greatest life achievement?
Making a living from playing my music is my greatest achievement. It’s what I’ve wanted to do since I first got a guitar at 12 years old.

What’s been your best experience in the area?
Doing my first very first gig upstairs at The Oxford on Kentish Town Road. It was before I moved here, and I’d just turned 22 years old and hadn’t sung any of my songs in public before. The gig went so well that it made me decide to pursue being a singer-songwriter instead of a guitar player.

What do you most dislike about yourself?
My bum. I think it’s pretty big and no amount of Zumba seems to get rid of it.

What’s the worst thing anyone’s ever said to you?
When I was at university studying jazz guitar, the head of the course told me my guitar playing was “boring”. I dropped out of the course about a week later.

What’s your guilty pleasure?
The Phileas Hog “hot chick” sandwich at the Abbey Tavern. It has way too much bread and mayo but it tastes amazing. I wouldn’t change it for the world.

What has your career taught you?
To be myself.

You’re turning 27 on May 3rd. Any birthday plans?
I’ve never been a huge birthday person, but this year I’ve organised a gig for a charity that I care about, the Kids Club Kampala in Uganda. My friend and neighbour Olivia Barker (read her story here) set it up in 2009 after spending some time in Uganda volunteering. The money will specifically go to building a roof over an orphanage, so the night is called the Ewafe Project, or Raising the Roof. Ewafe means “where we belong”, which is, I think, the perfect way to describe home.

For more details about the gig and to book tickets head here.

This is box title
Want to nominate someone? Email any suggestions for this column to info@kentishtowner.co.uk. If you’re a fan, peruse our clothing range of t-shirts, tote bags, kids’ hoodies and babygros here.