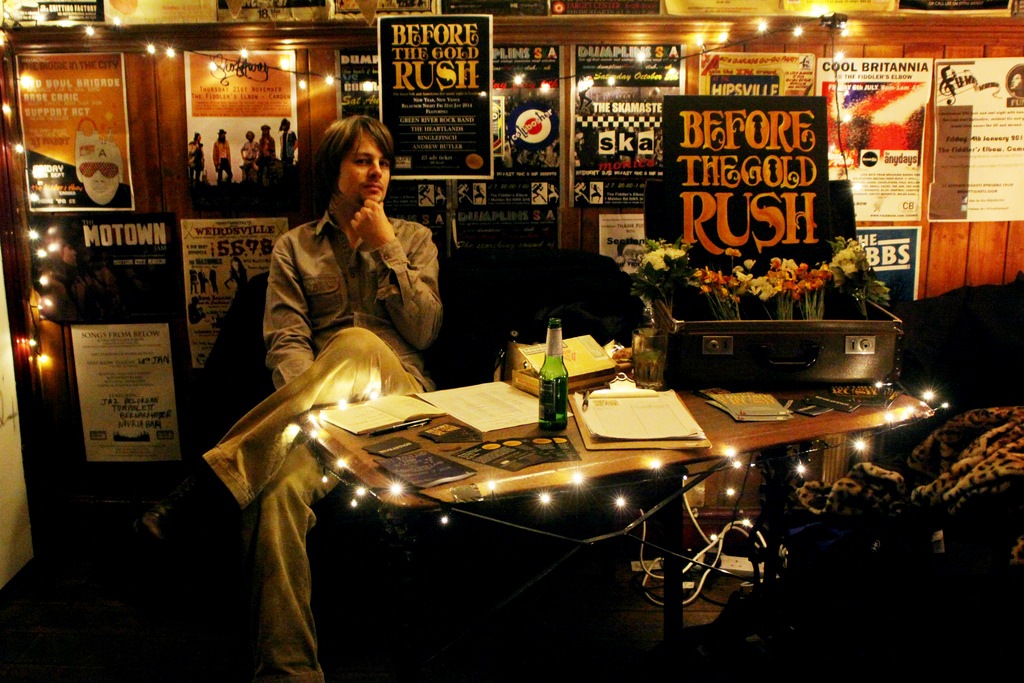 Like all the best ideas, Before the Gold Rush stemmed from frustration. I was in a band, and bored of playing unorganised, inappropriately mixed-genre gigs. Promoters, by and large, seemed to have no interest in putting on a decent night.

And how unfair it is on the artists too, not rewarded in any way for their hard work and talent. So, I thought, “I could do better than this” – and decided to give it a go.

A few weeks later, I met my partner in crime, Nina, who has helped brand and position the night. For the first 18 months, our home was The Wilmington Arms in Clerkenwell. We also hosted events at The Gallery Cafe in Bethnal Green and the Harrison in King’s Cross.

However, since the start of this year, we’ve gone and found ourselves a new venue, the Fiddler’s Elbow in west Kentish Town. As readers will know if they read the recent feature in this very tome, it wriggles with history – and has a great sound system to boot.

Why folk and Americana? It’s simply personal taste, of course, the music we play and the sounds we are influenced by. But despite what some militant traditionalists would suggest, the word ‘folk’ is ubiquitous within music. So we actually get a great variety of acts with influences from all over the world performing.

If this matters to you, we’re hands-on promoters who genuinely care. Those who play live have beers in the green room, all the equipment they need, great sound quality and also get paid their fair share from our door takings. We photograph, film and record their performance to a good standard. Punters can expect a warm welcome, a well-stocked bar and a night of carefully considered music.

And so to this Friday, which sees a set by Slow Wolf. One night, back in 2012, they declared on stage that the great Neil Young had passed away. Given how much of an influence he is, everyone was mortified – until the band quickly corrected themselves and announced that it was Neil Armstrong, the first man on the moon. Whoops.

We’ve forgiven them now, of course. Which is why we’re holding their album launch. So come along too and join a crowd of happy faces.

This is box title
Before the Gold Rush is at the Fiddler’s Elbow this Friday, April 11. Tickets £5/£6. 1 Malden Road NW5. 730pm till late. Full line-up and more details here.