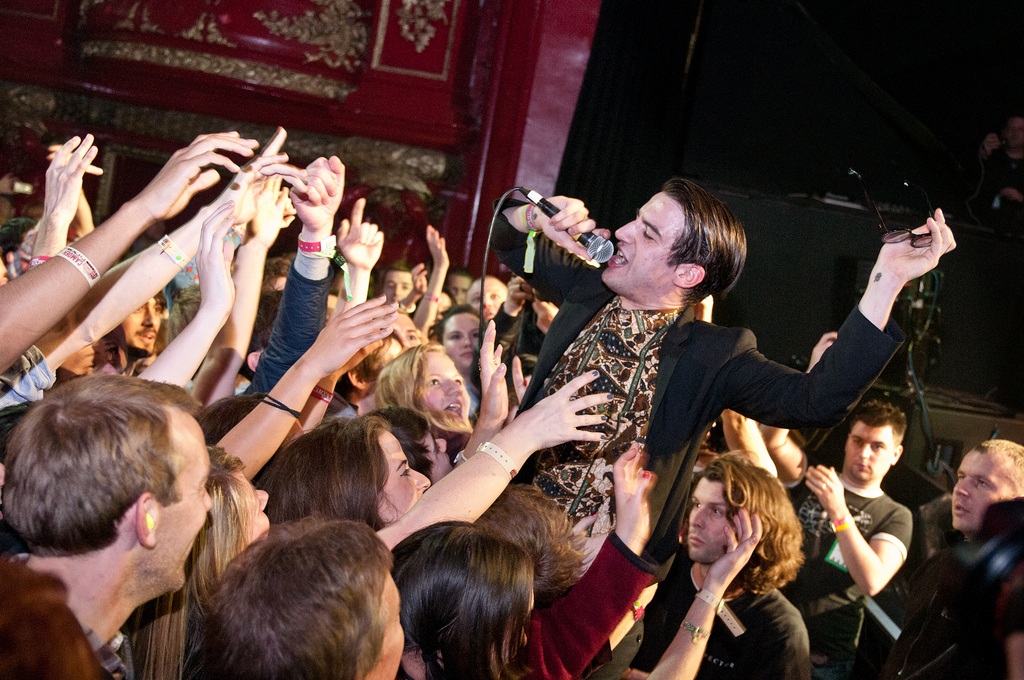 Why Camden Crawl is back as CC14

The legendary inner city arts and music festival returns this year - with a new name. Organiser Lisa Paulon explains why

Thursday 16th November 1995 was the date of the first ever Camden Crawl. There were only five venues – Dingwalls, the Monarch (now Barfly), the Laurel Tree (now Brewdog), Castlehaven Community Centre and Dublin Castle – and only 15 bands for a fiver and a CD. The line-up included Kenickie, Bis and Gallon Drunk amongst others, but what I remember most was The Wedding Present’s closing show. Why? Well, we had the bright idea to stagger all of the venues so that they were the last and only ones on to finish the night.

Sadly, none of us geniuses had the brain cells to work out that the thousand people who attended wouldn’t all fit in the 500-capacity Dingwalls. We closed with a bit of a riot – you could say. So that was the first event in nearly 20 years (on and off) of Camden Crawls.

But for a couple of unpredictable years recently it’s suffered the impact of major events such as the royal wedding, London 2012 and a shrinking economy. At the same time, we’ve faced fierce competition from several multi-venue city events launched around the country and the changing attitudes towards Camden Town from some live music fans.

Because of these factors, we decided to take a year off in 2013 to assess the difficulties and the future of the festival in general. The conclusion was that we needed significant change to reinvigorate the event, move away from the recent horde of copycats and address a host of other issues. We feel we have done that now and are very happy to be back with what we’re calling CC14.

The main changes have been the move of date, a more contemporary image, a return to our original music policy and shift in the way the event is programmed. We had first settled on the May Day bank holiday as there were no other festivals in the UK at that time and wanted to be the first major event to showcase the forthcoming year’s new talent.

We then realised that there are now ten similar events on those same dates all booking the same acts in a period of limited artist availability. We decided to move out of this glut into a more artist-friendly touring period in June: so (in theory) warmer weather, longer daylight and without the disruption of Christmas in the midst of the planning period.

All of the other alterations we’ve made are invariably linked to how the event is perceived by new and younger ticket buyers, especially in London. We have therefore chosen to positively reinforce the emphasis on what the event has always been about: the best innovative and exciting new live music and the promoters behind it.

We’ve invited 30 independent tastemakers representing all of London’s best underground music scenes, each with a completely open creative brief, to curate this year’s venues in hopes to draw a diverse audience from all postcodes. Alongside this evolved approach, we have re-branded the festival as CC14 with a modern graphic minimalist style which is much more representative of where we sit in 2014 (see image, above).

What definitely has not changed is the sheer scale of amazing new acts from a diverse range of genres representing what is happening at grass roots level in London. Seemingly contradictory styles from folk/americana to no-wave to atmospheric electronica, dubstep, punk and hip hop will all surface under the Crawl’s 25 independent venues dotted all over Camden and Kentish Town. Artists include Of Montreal, Steve Mason, Yuck, Mouse On Mars, Atari Teenage Riot, The Field, D/R/U/G/S, Laurel Halo, Mumdance and 80s new wave icons ABC.

We’ll also be showcasing some very cutting edge comedy from special guests trying out their Edinburgh Fringe material, as well as hosting a series of special events and daytime outdoor stages across the neighbourhood’s unique locations, including the Camden Town Brewery bar and the Grafton on buzzy Prince of Wales Road.