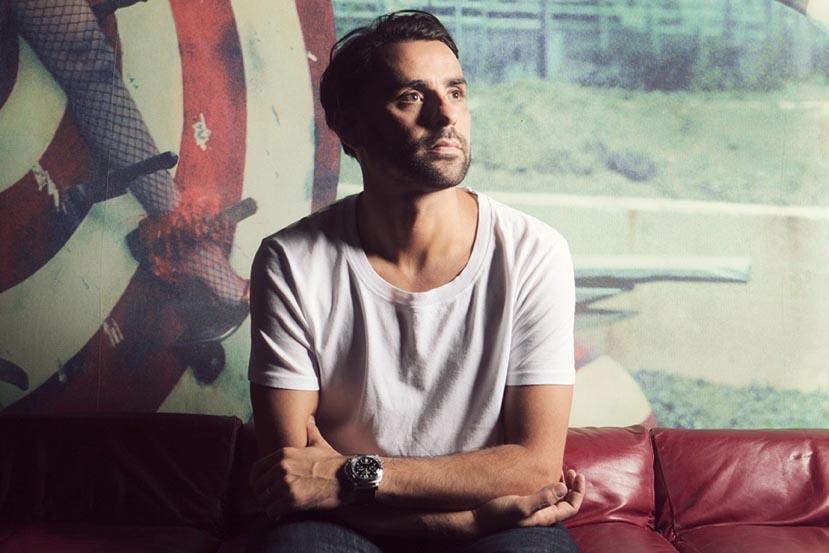 Yousef is a globally renowned DJ, most famously associated with his home city of Liverpool; that’s where his regular Circus parties filled the void left by original superclub Cream. But did you know he’s actually a long-term Kentishtowner?

His career path is the stuff of bedroom DJ dreams. First gaining recognition as a magazine competition winner, he’s scaled the heights including being the first international DJ to play in Syria, releasing a slew of highly respected tracks on his own label and many others and bringing his party live to BBC Radio 1 airwaves.

But it’s for his club residencies that he’s most celebrated: 12 years of Circus in Liverpool, a long-term association with Carl Cox in Ibiza which developed into a standalone weekly Circus parties on the island last summer, and a monthly bash at Egg, right here in north London, which is being extended across the whole weekend this week.

When were you happiest?
Spring 2009, training for the London Marathon every day on Hampstead Heath. I loved it.

What is your earliest K-Town memory?
Finding the Regis Road car depot after mine got towed away in Central London. The party I was at was tremendous, so I arrived to pick it up in a glorious mood and laughed cheerily while handing over £230.

What simple thing would improve your quality of life?
I recently asked my wife this question actually, and without hesitation she said I need meditation in my life. She was right.

What is your most unappealing habit?
When I blow my nose on the tea towels at home (says my wife, again without hesitation).

Where would you most like to live?
Near the Forum. It’s close to the chaos, but not far from the calm of the Heath either. Perfect.

Where do you hang out?
The Heath, the Oxford, Pineapple and at home with my son, Theo Jule. I just became a father and I’m already finding out that there’s literally nothing better.

Who or what do you hate and why?
I don’t hate anyone or anything, but I do feel troubled by the amount of ego and pseudo bad-ass nature some people claim to have. Deep down, people are just not like that.

What do you most dislike about your appearance?
I’m happy the way I am. If I get fat, I lose weight. If I get hairy, I have a haircut. The rest I can do nothing about so what’s the point in dwelling on it? I don’t even look in the mirror.

Tell us a secret.
I’m shit-scared of death.

What has your career taught you?
I’m learning from it daily still. I think it’s taught me to appreciate the good times, in all parts of my life, which I do in abundance, every day.

What is your favourite dish and why?
My wife’s home made pea and mint soup, it’s ridiculously good.

What did you do today?
Took my 3-week-old son out for a long walk (or rather carry) around the parks, then have been at home doing interviews with him strapped to my chest in a wrap. I’m still finding my work/parent rhythm, which is quite tough as a DJ, but I’m only doing the important gigs at the moment and enjoying the challenge. I’ve also been working on Circus Recordings (my label) and booked a few DJs for forthcoming Circus events. Later on I’ll continue a remix I’m making for Chicago house legend Green Velvet. And probably change some nappies.

Circus weekender is at Egg, 200 York Way, N7 9AX this Friday and Saturday night, from 11pm until 8/10am More info here