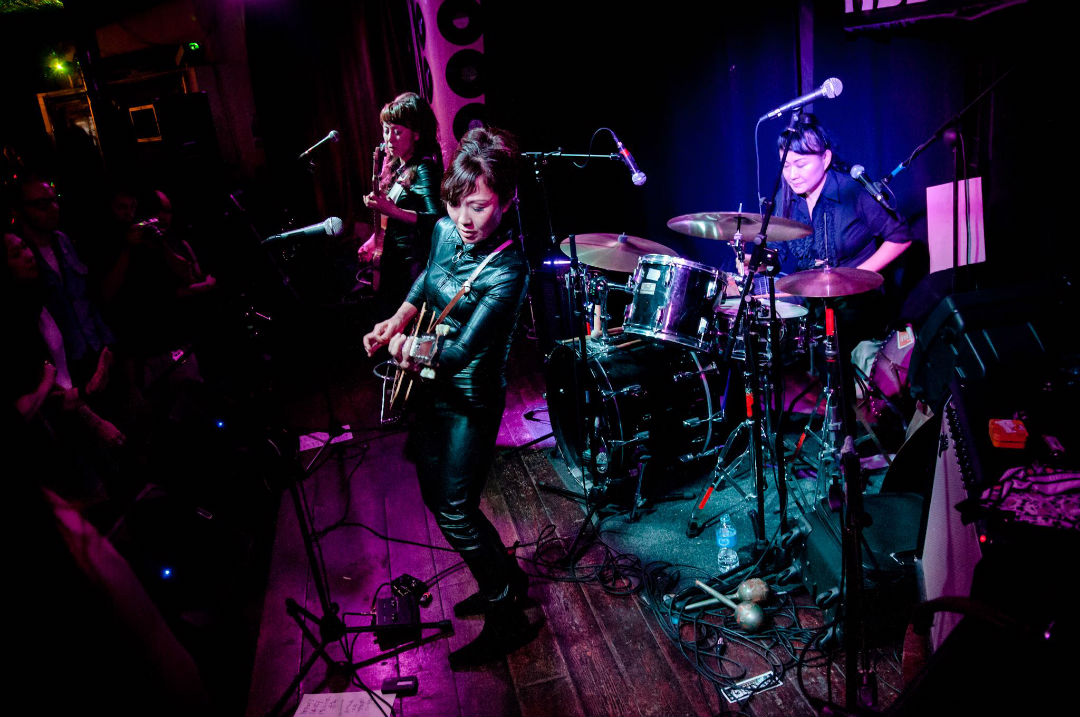 As any local music lover will tell you, despite the closure of the legendary Bull & Gate, Kentish Town still has a few decent music venues that aren’t The Forum.

One such is the Fiddler’s Elbow, an underrated Victorian boozer nestling snuggly in the crook of Malden Road and Prince of Wales Road. Take a look at it, for a second, on Sian Pattenden’s cultural map here.

Built around 1845 and originally called the Old Mother Shipton – after a 16th century prophetess – it has long had a theatre license, dating back to 1854. A grade II listed building, the Shipton became a music venue in the 1970s, and renamed – to the chagrin of some – in the 1990s. Today, it’s a no-frills, no-fuss music venue with minimal entry prices and some of the cheapest booze in Kentish Town. Take note, certain hipster venues of NW5!

So I’m guessing many of you have never been. Why? It’s an edgy, very real venue (capacity 150)  playing host to every type of music, from old soul, reggae, indie, rock to punk, jazz and more.

The interior is special too. Memorabilia, vinyl 45s, posters and photographs adorn the walls – look at singer Imelda May posing, left – adding to the Fiddler’s authentic rock ‘n’ roll feel and its all-pervading sense of history. The small back bar with its two-tone décor, chequerboard flooring and vintage 60s jukebox offers a refuge away from the music and there’s an outside space for a sneaky smoke.

The Fiddler’s greatest asset though – in this club promoter’s humble opinion – is its very human heart and soul, in no small part due to the experienced staff. And landlord Dan Maiden knows this very well: after all, he was a promoter and band manager before he took over in 2009 with his partner Nancy Wild, who was born and bred in Kentish Town.

Within a year of Dan and Nancy owning the venue, it had won various Camden unsung hero awards. So they clearly have a winning formula, a passion for music and a genuine belief that visitors should leave having had a fantastic time.

We moved our northern soul, mod and ska night Crawdaddy! to the Fiddler’s Elbow in November and were instantly made to feel at home.

And don’t forget too, there are other acclaimed monthly bashes including Dumplins ska night,  Coast to Coast (soul, reggae and funk) and punk/rockabilly night Weirdsville. There’s even a jam session every Sunday afternoon. Where else would you find that after your roast?

This is box title
Find the Fiddler’s Elbow at 1 Malden Road NW5. Crawdaddy! is on this Friday and the third Friday of every month. £3, 8pm till 1am. Click here for more info.