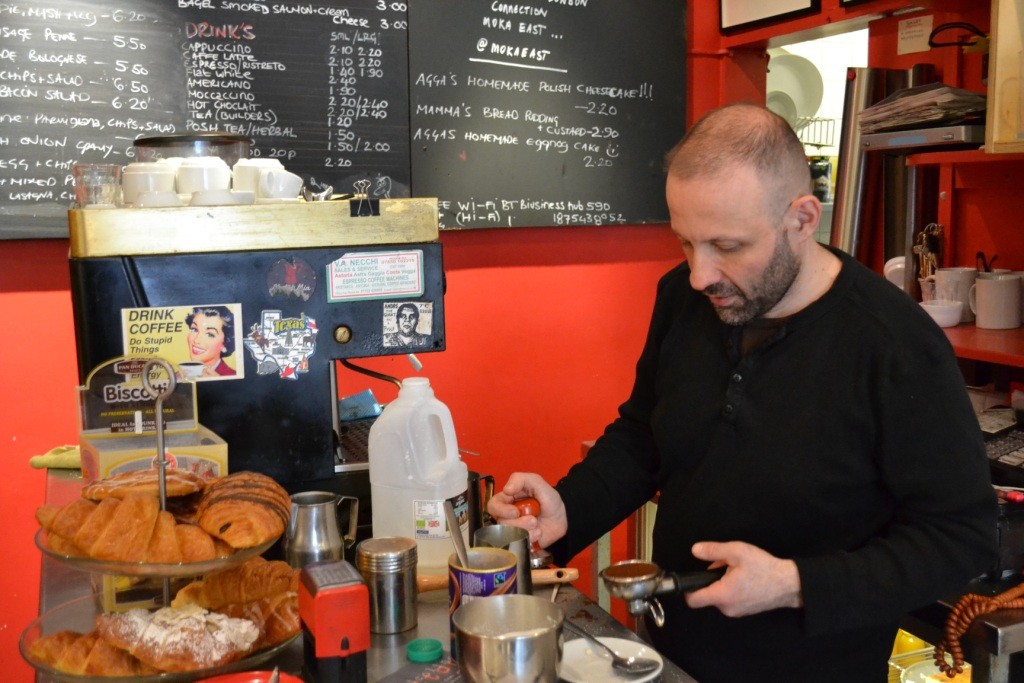 Back in 1993, many readers will know that pop electronica band Saint Etienne immortalised Kentish Town institution Mario’s Cafe in an eponymous song on their second album So Tough.

As a suburban south London schoolboy, its lyrics about “meeting up for a while, Tuesday morning 10am” – together with general observations about cafe life (and the KLF on Top of the Pops) – struck me as intriguing; sophisticated even.

Fast forward to 1997 and I was working for a music PR company five minutes walk away, and therefore able to have lunch regularly – at the height of Britpop – in Mario’s. Surrounded by a ragbag assortment of musicians and locals, it felt like a small victory, something I’d sit quietly and smile about, over decent coffee and the pasta special of the day.

So imagine my surprise when Saint Etienne founder Bob Stanley wrote in these very pages last year that actually his famous song was about Moonlight Cafe in Tufnell Park.

No matter, the point is that tiny Mario’s has always felt magical – Japanese Saint Etienne fans still seek it out, apparently – while being ordinary and down-to-earth in equal measures.

And it’s this indefinable quality that local film-maker Roland Denning explores in his thought-provoking short film, shot over nine days last year, which you can see below, or watch on a bigger screen (for free) on Tuesday Feb 25 (details below).

“It’s a very special place,” says Denning, “a meeting place for a community that ranges from plumbers to rock stars, from vagrants to families, a little island of resistance against the onslaught of corporate culture.”

But what really makes the film is that owner Mario Saggese is so brilliantly honest: about the repetition of the working day, and, as an early fortysomething, the itchy feeling that life is somehow passing you by.

“I’ve wanted to leave 50,000 times,” he admits, echoing the thoughts of many. “The older I get, the harder I find it. I do think about moving on sometimes. But what would I do?”

Then there are the rants about baristas (“bullshit created by Starbucks and Costa”) and the modern concrete places where punters plug into their Macs or iPhones, as well as the day-to-day troubles of late staff, a packed house of hungry regulars – and the problem of stale croissants. But most of all, there are the mixed bag of customers.

“Courtship, marriage, childbirth, divorce,” says one man, before giving Mario a hug. “That’s what I’ve been through here.”

We meet the oldest punters, the youngest and the longest-standing ones, all who agree that the place is “unique”.

Or, as one middle-class lady so politely pinpoints it – neatly saying the unspoken – there’s a genuine mix of “caff people and cafe people”.

This is box title
Find Mario’s Cafe on our Nearby map here. Watch the film for free on Tuesday Feb 25 at the Working Men’s College, Crowndale Road, 7pm.