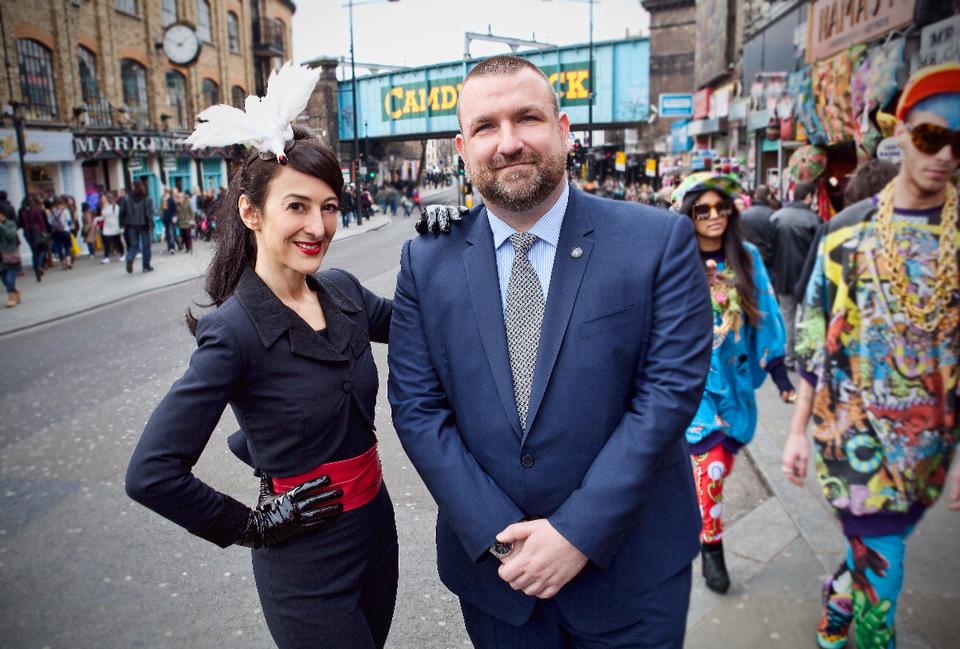 'Good cheese is my downfall'

Jonathan Simpson is the Mayor of Camden, an elected councillor and Kentish Town resident. He’s been described as the Rock n’ Roll Mayor, but believes that as he’s approaching 40 (February 4th, if you want to send a card) the title may be misguided. In addition to his work with the Amy Winehouse Foundation, he has, on occasion, been known to DJ at Barfly and local club night Friday I’m in Love. As past attendees will vouch for, he cannot sing.

When were you happiest?
In the last year, it was hosting a fundraiser on  what would have been Amy Winehouse’s 30th birthday in aid of the Foundation. Seeing veteran newsreader Jon Snow singing Blur’s Parklife in front of 600 people was extremely memorable – but also knowing that our hard work in making the event special had paid off. A bittersweet evening, with a few tears shed at midnight.

Where would you like to live?
I think we’re all lucky to live in the borough; nothing compares to it. I guess if Kenwood House was a residential property it would be a good place to live – but I love where I am (off Rochester Square).

What is your favourite sound or smell?
Smell would be the coffee from Mario’s Cafe; sound would be the roar of the crowd at the Forum before a gig is about to start. Always deafening, but it reminds me why I moved to Camden many years ago.

What is your greatest life achievement?
Becoming Mayor of Camden is too obvious, so I’d say helping raise a lot of money for the Amy Winehouse Foundation over the last seven months, and knowing that it’s going to some of London’s most vulnerable young people. Hearing some of the stories of those who have had problems with drug or alcohol misuse is heartbreaking – but I know the charity will change lives. I’m incredibly proud that schools like Acland Burghley will get drug and alcohol awareness education this year through its work.

What is the most important lesson life has taught you?
No matter how silly you think an idea is, there will often be something excellent within it – so make sure you speak up.

What is your earliest memory here?
Coming down from Manchester to see a gig at the Forum aged 16. Kentish Town seemed big and scary at the time. I didn’t think that I’d be living here a few years later.

What makes you unhappy?
The lack of good record stores locally. A couple of good ones left in Camden (and one in Kentish Town – ed) but there should be more. I’m a vinyl lover and it is sad that there isn’t a record store in every high street. Digital music has destroyed the excellent stores we used to have.

What is your guilty pleasure?
Brisket at the Camden Town Brewery. Just incredible.

Where do you hang out?
I love the new members’ bar in Camden, Record Club (left). I’ve been known to go to most live music venues in the area on a regular basis. I miss the Bull & Gate.

What do you most dislike about your appearance?
I’m nearly 40 and my beard is getting a little grey. Arrrrgh.

What’s the worst thing anyone’s said to you?
Someone said I was too old to DJ a few months ago. The person looked very young and hadn’t heard of David Bowie; I took no notice of them and continued to do what could be best described as dad dancing.

What has your career taught you?
Enjoy every moment you can because the great times seem to go quickly. Also to hold on to your friends.

Tell us a secret.
I’m known for loving guitar music but secretly love Eurovision. I’ll be hosting a big event on the night of the final (May 10th) with the Friday I’m in Love crew. I cannot wait.

What is your favourite dish and why?
Good cheese is my downfall.

Want to nominate someone? Email any suggestions for this column to info@kentishtowner.co.uk