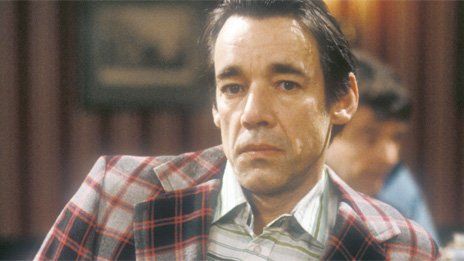 When astonishing people die, the sense of loss is palpable.

Hearing of Roger Lloyd-Pack’s passing at the age of 69 yesterday, I was deeply saddened for his family, distressed by a remarkable life cut short – and acutely aware that his presence on my road would be no longer.

While tributes will be paid to him across the board for his incredible acting career, I’d like to remember him here as a passionate and giving member of our community: a true Kentishtowner.

Roger has been my neighbour as far back as my memory takes me – a Kentish Town stalwart with his feet firmly rooted in the area. Whether mooching around in characteristically scruffy flip-flops or kicking off our annual street party with the Hokey Cokey, Roger exuded a good nature and strength of personality.

Spencer, the eldest of Roger’s three sons and then a teenager, dreamed up the Lady Somerset Road Street Party back in 2001. Compelled by a desire to see the community more open and connected to one another, he carried out the not-small task of gaining agreement from residents, the Council and acquiring the necessary amenities for the day. Supported by his parents, the street party was a success and has continued, growing stronger and livelier, every year since. As well as being a great day embedded in the local calendar, it has created an invaluable neighbourly network of support.

In the days preceding the 2013 Street Party, it became clear that a downpour was almost certain for the day. While everyone else resigned themselves to a sodden event endured with a stiff upper lip, Roger energetically piped up that he had persuaded the Vine to give us two rooms to hold our little bash in. This proposal turned out to rescue the entire celebration as a mid-afternoon rush into the pub allowed food and music to continue minus the downpour. Twelve years after helping create the street party, Roger once again saved the day.

Jehane, Roger’s talented partner, gives mesmeric poetry readings with her jazz band at local haunts such as Map Cafe and Torriano Meeting House. One time I watched her perform her poems on London at Keats House and I was struck by the fondness for Roger which ran through many of her words. Their home clearly was one of warmth and love, as well as buzzing creativity.

Roger was principled to his core. He stood firmly against the war in Iraq, lending his ever-popular presence to countless rallies. He pitched in with the work of the recent People’s Assembly as well as being a long-standing supporter of Cuba. He was wholly supportive when I told him of a campaign I was working on to defend welfare recipients, and committed to ideals of equality and social justice with a sense of duty rarely seen in famous actors.

Roger and his family are the kind of neighbours every community needs. Creating street parties, befriending neighbours, charming local businesses, sharing artistic output and standing up for just causes, it’s fair to say Roger was at the very heart of our neighbourhood.

This little corner of Kentish Town will not be the same without him; the impact he has left is indelible.

Watch our video interview with Roger from September 2012