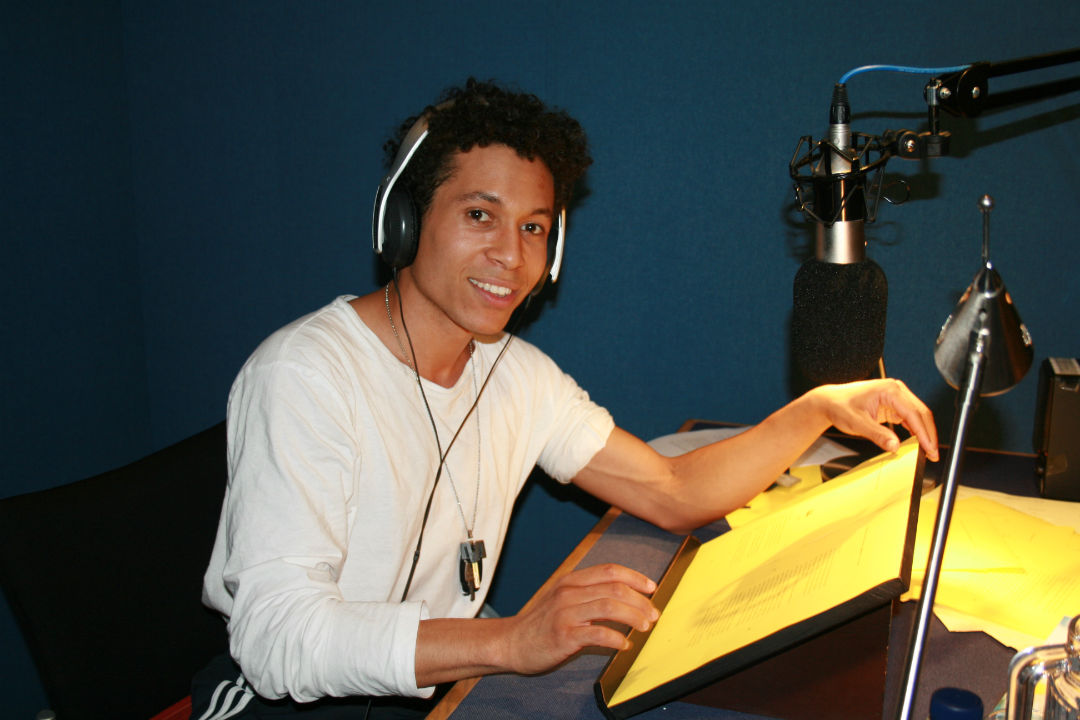 As a musician Kyle Winfield has played with the likes of Mumford & Sons, Florence & The Machine, King Charles, Example and Laura Marling (for whom he was also bassist). Kyle also trained at RADA; film work includes Killing Bono and 7Lives, and he recorded the voice for Damon in new audiobook The Killing Woods, by internationally best-selling author Lucy Christopher.

When were you happiest?
Probably right now. I’ve been living in Kentish Town for just over a year, but spent so much of my childhood here. I commuted from where I lived in Wallington just to come up to Cantelowes skate park. I used to dream of living in the area, so I wouldn’t have to trek back and forth. Now I’m less than a minute azway and it’s amazing. I go to St. Luke’s church in Oseney Crescent, and have found a loving, supportive community for the first time in my life.

Where would you like to live?
I’m happy in a council block. It’s really nice. I’m blessed with great neighbours right by Camden Road, which I walk down on the way to drama school every day. My lease runs out in May, so I’m just hoping I can stay around Oseney Crescent. It’s quiet and vibrant at the same time.

What is your favourite sound or smell?
The worship music at St Luke’s. When I first moved here I didn’t know anyone, and I popped my head into the door of the church as the band was rehearsing. A guy called Jon Finch who’s the same age as me was leading it, and with a big smile said “come back at 10:30”. The music at that church is beautiful: last month there was a heavy metal gig.

What is your greatest life achievement?
Getting into RADA. It felt like a dream when I got the phone call telling me I had a place. In fact, I was so sure it was that I had to call back to check. The woman who reconfirmed my place was a bit like “er, yeah, we just phoned you – see you in September then?” I think she thought I was a bit sketchy.

What is the most important lesson life has taught you?
If you a have a passion in your heart, don’t ever give up on it. So, just keep praying, moving forward, and believing.

What is your earliest K-Town memory?
I used to go to this night called Toony Loons, at the Dome in Tufnell Park (another big commute for me at the time). And one day Tufnell Park station was closed, so I had to get off at Kentish Town and walk. When I got off the train there was a group of people going to the same place, so we all walked together. I just remember being young, and having these people around me; we all liked the same music, and had similar interests. It’s a really happy memory. Where I grew up I didn’t have any of that around me.

What makes you unhappy?
When I don’t love people, or forgive them. I think it causes me more damage that it does them.

What simple thing would improve your quality of life?
Being more content with what I have, and being fine with change. I always worry about where I’m going to live next. If I could just take life one day at a time, and not hold onto yesterday, or be concerned with tomorrow, that would greatly improve my life.

What is your most unappealing habit?
I probably blame others from my own insecurities, rather than accepting that I have the ability to move things forward; and I don’t always see the positives that have come out of my hard times in my life. I think I’m getting better at it though.

What is your guilty pleasure?
Going to the Assembly House on Sunday to eat dinner, which I really can’t afford (but it’s just so good). Relaxing on Sunday in general is my guilty pleasure. There are so many good, friendly places.

Where do you hang out?
Other than the Assembly House, which I go to quite a bit, I love the fact I can go and sit in Cantelowes Gardens. Especially in the warm months. I lie back, and honestly can’t believe I’m there. I’m going to get myself a new skateboard (I’ve not had one in years).

Who or what do you hate and why?
I think I probably make myself my own enemy. I think there is great truth that in order to love others you need to love yourself. Love yourself, accept yourself, and treat yourself with the same understanding that you treat other people you love.

What’s been your best experience in the area?
My best experience so far was probably the Fleet Festival which happened in May earlier this year. The streets were buzzing. I got involved in a drumming workshop, and had a delicious BBQ at St. Luke’s. It was also the weekend I was able to renew my contract to stay in my property, along with two new flatmates.

Worst?
When the Flowerpot closed down. A great venue run by some friends of mine. Although I did have the privilege and joy to play there on one of its final nights.

What do you most dislike about your appearance?
Nothing really. Although I have had issues with all sorts of things at different points in my life. I struggled with my race; growing up in an area which felt very un-multicultural; and with that came insecurities about the size of my nose and so on. I think I’ve got to a point where I can accept what I look like, and just embrace it.

What’s the worst thing anyone’s said to you?
Probably racist comments, which people said off the cuff at school. They wouldn’t even remember saying it, but for me, it sowed a seed of feeling inadequate. Which of course is nonsense.

Tell us a secret.
I once pretended I lived in Camden to get my picture in the Camden New Journal (don’t need to pretend anymore!)

What has your career taught you?
Live in the moment. Take each project, and take each day as it comes. Don’t try and act like the person you want to be in ten years. Just be the person you are today, and trust that the dots will join up. The dots always join up.

What is your favourite dish and why?
I like fish and chips. Omega-3 makes me feel strong. I’m going to have some breaded pollock in a minute.

What did you do today?
I’ve been knocked unconscious. When I woke up I saw a man beat up a 16 year old and his transvestite brother with a gun. I’ve been rehearsing a play, Mercury Fur by Philip Ridley. It’s raw: set in the very close dystopian future on a council estate in east London. Imagine if the London Riots had never ended; that’s where we are with this.

Describe yourself as an animal.
When I went to London Zoo I saw a baby monkey doing cartwheels. So when I start to take life too seriously, I just let my inner monkey do a few cartwheels.

Are you a fan of Ich Bin Kentishtowner? Peruse our clothing range of t-shirts, tote bags, kids’ hoodies and babygros here.