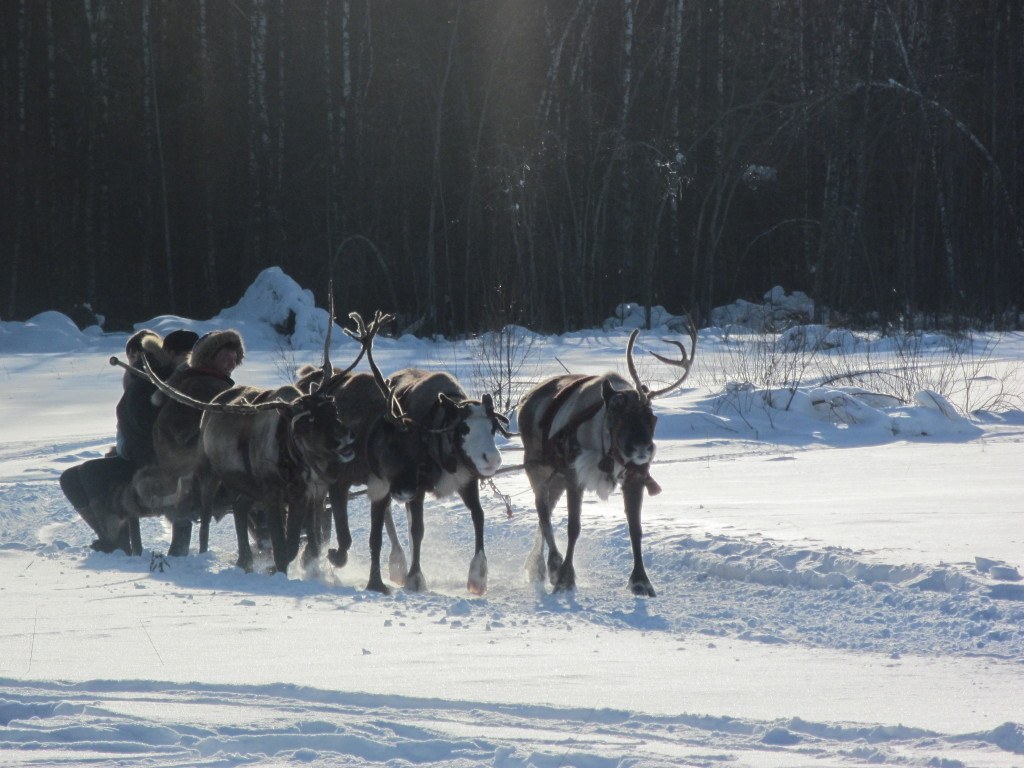 Not a permanent resident of the UK, of course – let alone north London – but if you look up into the skies this week you might catch a glimpse nine reindeers dragging along the sled of Father Christmas himself. Pub quiz afficionados will have no trouble rattling off the names: Dasher, Dancer, Prancer, Donner, Blitzen, Comet, Cupid, Vixen, and that alcoholic interloper Rudolf – but what else do you know about these enchanted seasonal visitors?

Reindeer are found all around the Arctic, from the Canadian tundra to the Siberian forests. They are the only deer in which both sexes have antlers. The “rein” in their name does not refer to the harness with which the pull they sleigh, but is from the Old Norse “hreinn” meaning “reindeer”, so “reindeer” literally means, er, “reindeerdeer”. Okaaay.

Cave paintings attests to their importance to humans for millennia, and to a distribution that once reached much further south. They are remarkably adapted to their environment with coats so well insulated that when they lie down snow beneath them doesn’t melt. Their feet change throughout the year to allow them to cross ice in winter and mud in summer; and they need to be efficient travellers, as some herds in North American make annual migrations of over 5000 km, the longest of any land mammal.

Semi-nomadic herders use reindeer for their meat, milk, fur, antlers – and even their urine. For most of the year reindeer eat lichen, but in autumn, herders feed them on fly agaric toadstools (the archetypal fairytale mushroom, red with white spots). Fly agarics are toxic and liable to make people very ill if consumed directly, but after reindeer eat them their wee is laced with psychoactive compounds. Boiled down to concentrate the wacky, when drunk the urine has dissociative and perception-distorting properties.

Suddenly the legend of a Santa – dressed in red and white, flying through the sky on a sled pulled by reindeer – starts to make sense.

This is box title
Dartmouth Park-based writer Peter Hayward trained in zoology and evolutionary biology before becoming editor of a medical journal, starting his Animal Of The Week blog back in 2004 @animaloftheweek

That’s our last Urban Animal of the Week for this year. Missed any? Head here for more typical north London beasties. Want more? Name your urban animal below.