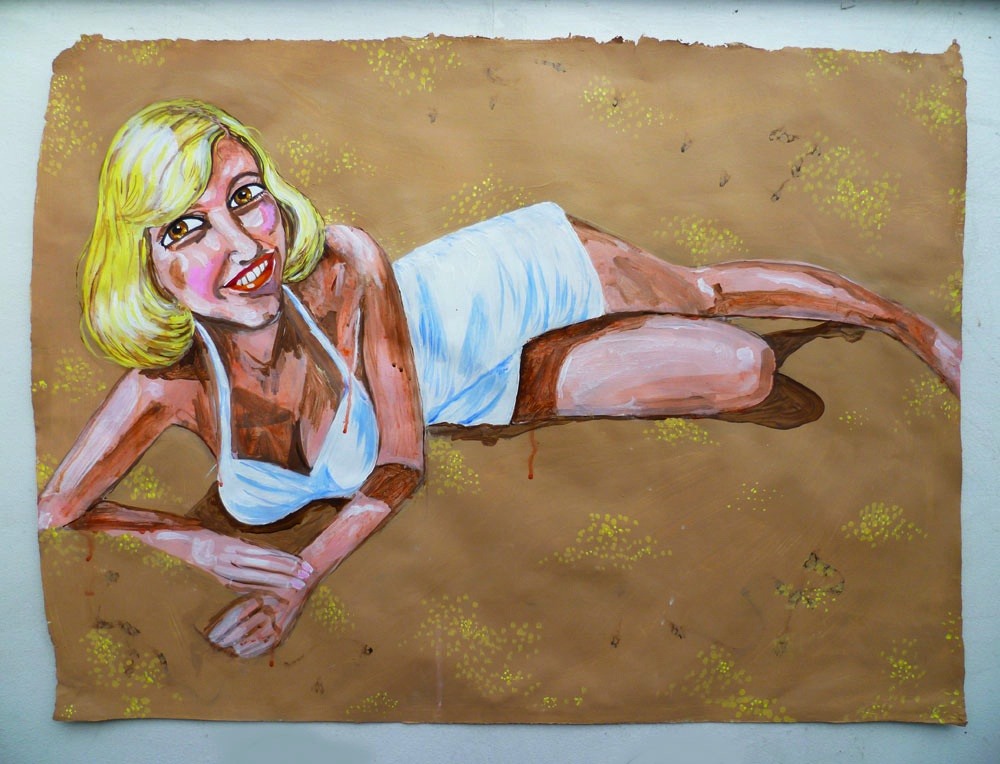 A pleasant way to spend this coming Saturday afternoon might be to take a stroll down from Tufnell Park to Primrose Hill – and catch intriguing shows by two seminal artists.

Up on Fortess Road, Natalie d’Arbeloff is currently showing paintings and box-works (mixed media constructions), including her Apple Series, which portrays the hard, shiny fruit “in unfamiliar ways”, she says.

The painter, printmaker and writer (whom we interviewed last year here) was born in Paris of French and Russian parents, and raised in South America, USA and Europe. And yet despite such international pedigree – not to mention having exhibited at galleries across the world – she’s opted on this occasion for her cosy local caff.

“The soft lighting, terra cotta walls and bookshelves of Rustique (also known as the Literary Cafe) provide an ambience which suits these intimate works,” she says.

Meanwhile, a half an hour wander away (you could even swing by the last weekend of Andy Holden at the Zabludowicz en route) British artist Stella Vine is back with a one-day show at Cecil Sharp House in Primrose Hill – her first in London in eight years.

Melting Into you comprises entirely new works by the artist made famous by now-iconic images of Kate Moss, Sylvia Plath (main pic, above) and Princess Diana.