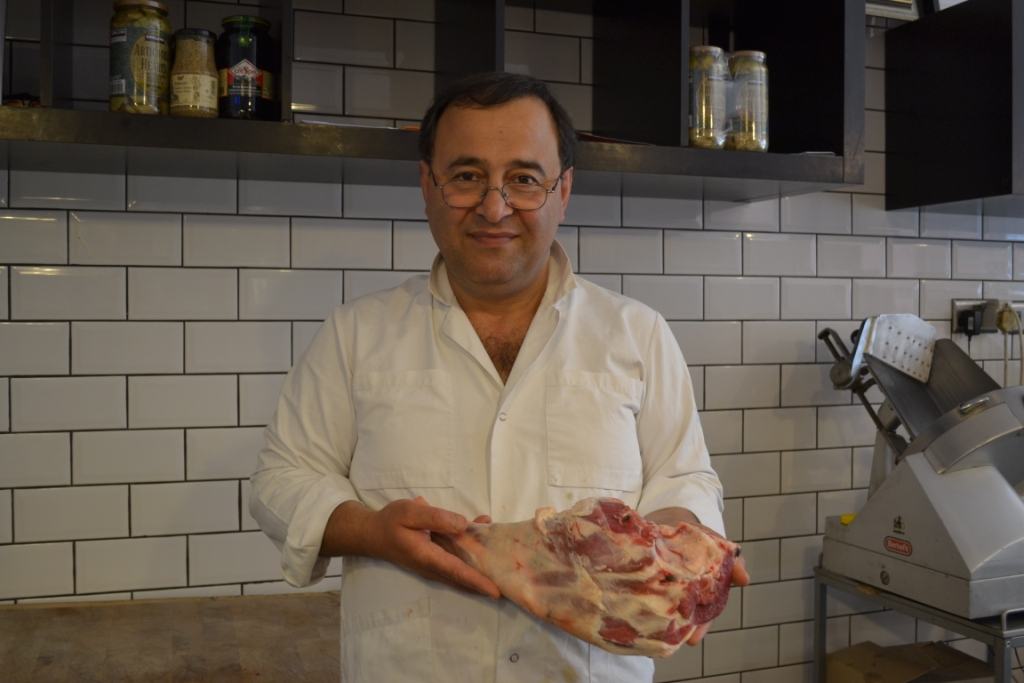 In the first of a new series, the popular long-standing shop-owner on wanting to be a construction engineer, leaving Iran - and why he loves food

If you go back about 15 years it was more of a community; all the shops around here were independent. The prices of the properties went up, shops left – and so if people want them to stay, they need to do their shopping locally.

My father was a fisherman and I know how difficult it was taking the boat in the stormy sea, then to market. We were brought up on zero waste. Half of what is produced these days is chucked out so we must think of the future of our planet. The Africans have a good way of putting it: “We borrow the planet from our children.”

I always wanted to be a construction engineer. Iran is on an earthquake zone and I saw many horrible things. I thought there must be a way a way to build buildings that can resist the tremors. Unfortunately when I got my degree, things changed: oppression and war followed, so I moved to England on 1st March 1977. Very sad, leaving friends and family: I had never been separated from my parents apart from conscription in the army, but you get used to it.

I get home late after a day at work and have a couple of glasses of wine before some meat and fish. I always eat what we can’t sell because I hate wasting things. Then I look in the mirror and I think, “I was supposed to lose weight”.

I hate a lot of political decisions made in the world. 300 people own more than three billion people. It’s not fair that people spend thousands on shoes when some children don’t have enough money to get basic vaccinations.

I don’t think that I am handsome. I am short and overweight but it is very difficult to say that.

You had to eat what was cooked. In Iran back then there was a lot of seabass and there is a dish in the north where you stuff a seabass with walnuts, rice, pomegranate sauce and bake it in the oven; it’s still one of my favourite dishes. I’m going to start doing a home delivery service and that will be on it.

In Iran we were left alone when my dad went to work. We had four guard dogs and when my father wasn’t there, they would stay with us. They would never leave. They knew that my dad was not at home. They were like members of our family.

I have been told two very bad pieces of news in the past two years. The first was that my friend had been killed in the Islamic regime; the second was when my dad died last year. Both really affected me because they were both very important people in my life. I want to visit my country one day but it’s not really possible because I don’t trust the regime. They pretend everything is OK. When the Iran and Iraq war started, they called for jihad against Saddam and whoever refused to go back and fight were branded as traitors. I refused. I wasn’t going to fight for either side. They are both the same.

Life always opens different avenues. You have to be prepared to cope with new circumstances. I wanted to go back home, I couldn’t. I wanted to do engineering, I couldn’t. But now all my time is spent in the shop. Creating and creation. That’s what I enjoy doing.