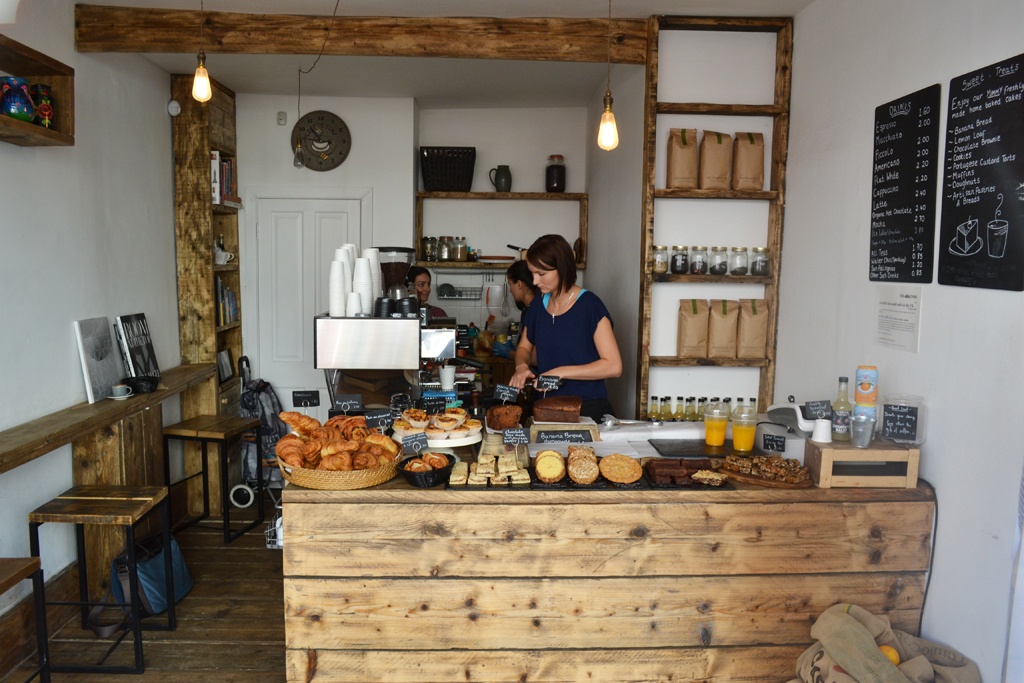 As London’s artisan café culture continues its march, the backstory is becoming a familiar one. A disillusioned city type quits a safe job in banking to take the ultimate career gamble: to follow long-held dreams of owning a little coffee shop. It’s tough at the start, but soon enough the venture is flourishing.

As we perched on the chunky, rustic seating at Camden’s The Coffee Jar, owner Maria spun such a yarn. Her enthusiasm for this new lifestyle only too apparent, not just in her beaming smile, but also in the visible success of this tiny hotspot.

The range of Monmouth-based coffees are flavoursome and well pulled by an all-girl team, while Maria’s home-made (check) cakes on the counter prove irresistible to many. A large wedge of toasted and buttered banana loaf – the owner’s personal fave – made for a hearty breakfast.

Maria admits business was difficult up in the strange world of upper Parkway for the first few months. The coffee chains all cluster around Camden Town underground, picking off the tourists like caffeine assassins, so those on route to the Zoo tend to already be brandishing giant cups of insipid brews. But the local office workers and residents have been chuffed to bits about this opening, and are voting with their feet. With a new French bakery and café opening soon across the road, leafy Parkway is catching up with the quality of coffee we’ve enjoyed in other parts of the hood for a while now.

Find out more about video ads for your business
This is box title
Find The Coffee Jar at 83 Parkway, NW1 7PP