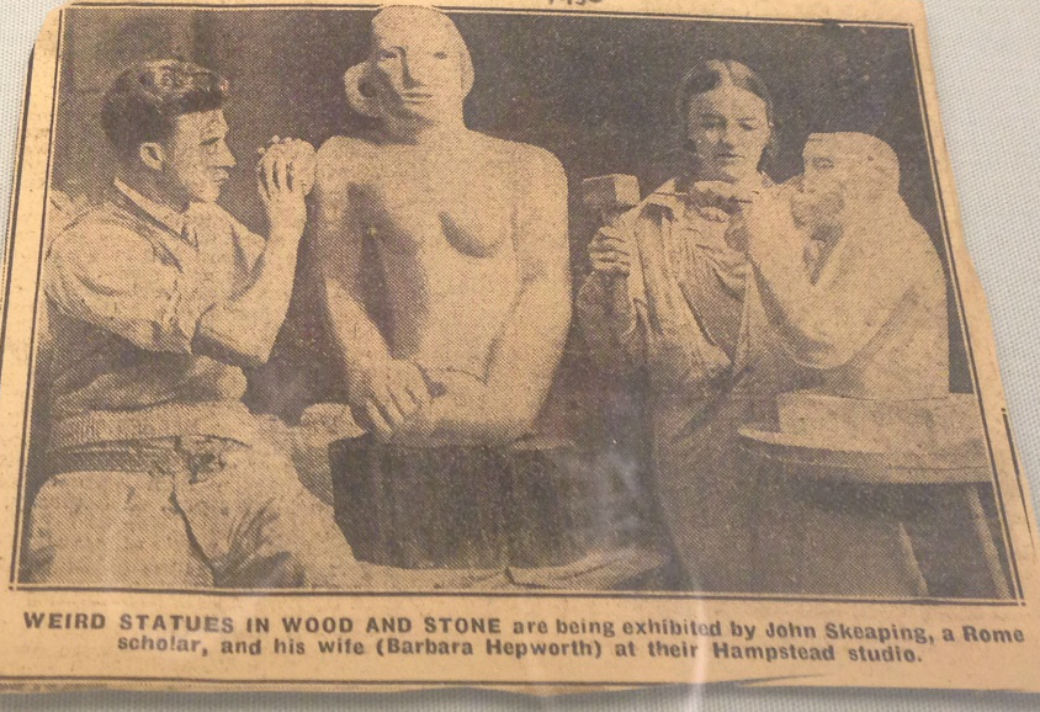 At the top of the alleyway that connects NW5 with swanky NW3 lies what should surely be a world-famous arty quarter. Except it's barely known

Just at the summit of the winding alleyway that leads from Gospel Oak to leafy Belsize Park is Mall Studios, a tucked-away terrace of eight cottages. Sneak through its wooden-door entrance and past its rain-soaked bushes: suddenly it’s like being in a hamlet, miles from anywhere, pin-drop silent.

And I mention this as down in St Ives last week, I discovered that two of the seaside town’s most famous artists – Barbara Hepworth and Ben Nicholson – lived and worked there before they left London in 1939.

Yes, remarkable as it may seem now, during the late 20s and 30s this corner of east Belsize Park-Gospel Oak was a hotbed of artists, all dotted about in the Mall, Parkhill Road and, from 1934, the Isokon (the iconic modernist building on Lawn Road).

Dutch minimalist Mondrian moved into a room (at 60 Parkhill, see the blue plaque still there) overlooking the studios in 1938; Hepworth described how “his wonderful squares of primary colours climbed up the walls”. And the poet Sir Herbert Read – who lived on the terrace too – described the neighbourhood, perhaps a tad gushingly, as like the “artists of Florence and Siena…in the Quattrocentro, a nest of gentle artists.”

Find out more about video ads for your business
So what’s their history? Built in 1872 by Thomas Batterbury, the Mall Studios’ early occupants included abstract painter Cecil Stephenson, who took over at No.8 from Camden Town Group artist Walter Sickert (himself the subject of a future Wednesday Picture). Hepworth moved into No.2 with first husband, the sculptor John Skeaping, in 1927 and, after their divorce, soon-to-be second husband Ben Nicholson. And world-famous Henry Moore briefly used it after they departed. By 1939 – just before the outbreak of the Second World War – Hepworth and Nicolson had abandoned Belsize Park for St Ives. Her studio, garden and museum in the old town’s centre is wonderfully atmospheric: all palm trees and bougainvillea, the wind roaring through the sculptures, the chime of church bells beyond. See more pictures of her work here.

And as for the happy couple? Well, things end a little sadly actually. After setting up the Penwith Society of Artists in 1949, Hepworth and Nicolson divorced by 1951. Her son was killed during RAF service in 1953. And the great sculptor herself died in a fire in her studio in 1975.

Source: Streets of Belsize by Camden History Society. Buy it from Owl Bookshop.

3 thoughts on “Wednesday Picture: the secret history of Mall Studios”

3 thoughts on “Wednesday Picture: the secret history of Mall Studios”