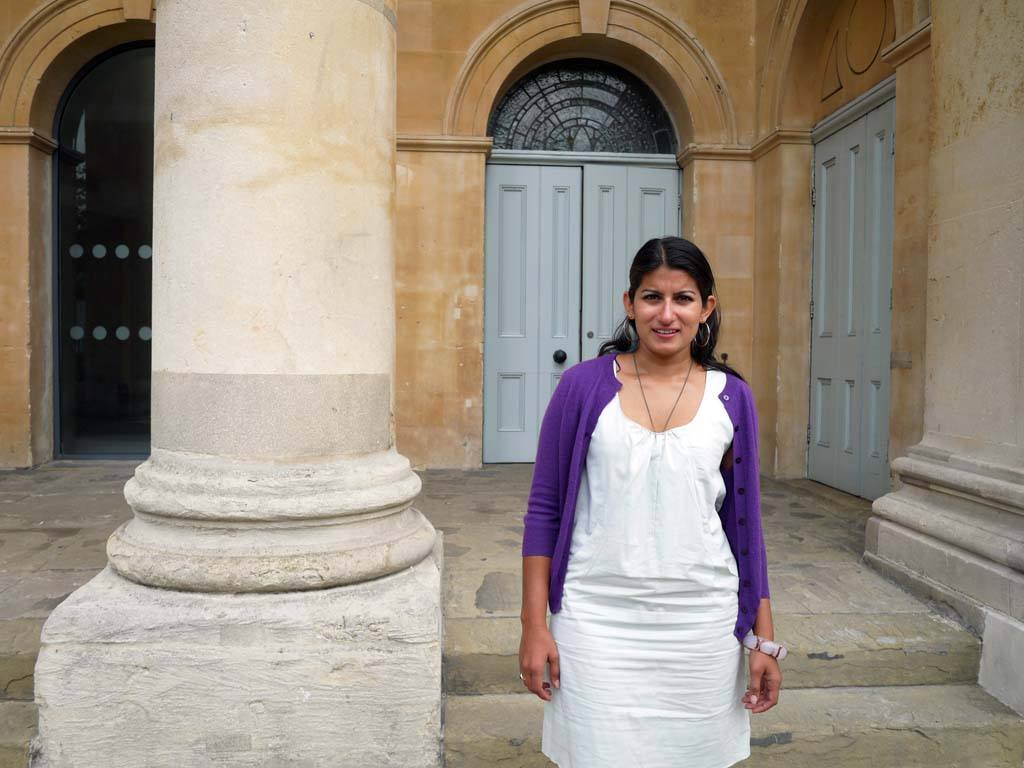 Maitreyi Maheshwari was born in India and moved to London when she was six. Growing up in Stanmore before moving to West Hampstead as a teenager, she now lives in Archway. She’s worked at the Zabludowicz Collection on Prince Of Wales Road since 2007, responsible for producing the public programme of talks, workshops, performances and screenings. A very knowledgable local, she wrote her master’s thesis about Inter-Action, the alternative theatre and community arts group that were based in West Kentish Town in the 70s and 80s and who founded the City Farm.

When were you happiest?
Spending a day at the Alma Street festival. I didn’t go this year because I took six months off work to travel, but usually I’m there every year.

Where would you like to live?
I really love Kelly Street; but if not then one of the roads off Leighton Rd, Lady
Margaret perhaps.

What is your favourite sound or smell?
Coffee. I can’t get enough of it. They’re so nice in The Fields Beneath.

What is your greatest life achievement?
Being alive! I think. Being in the world, that’s a good achievement.

What is your earliest K-Town memory?
When I was a teenager, my mum would say, “it’s fine to go to Camden, just don’t go to Kentish Town. It’s really rough around there”; that was about 15-20 years ago. I grew up in West Hampstead and always used to come to Camden to go to gigs. I didn’t know where Kentish Town was, so I was like, “why would I go there anyway?”

What makes you unhappy?
Hypocrisy, I get really annoyed at the news. Also when bad things happen to good people.

What simple thing would improve your quality of life?
Right now, something to take the swelling out of my thumb. It’s a music festival injury from the weekend and I spent a lot of yesterday at the doctor’s and in hospital.

What is your most unappealing habit?
I don’t know if this is for public consumption, but probably picking my nails. Picking the dirt out. I do it a lot. People say, “can you just stop doing that and just wash your hands?”

What is your guilty pleasure?
I don’t really feel any guilt whatsoever, but spending a whole afternoon sitting in the back of the Southampton Arms. Days and days have been spent doing things like that.

Where do you hang out?
Apart from the Southampton? Around the heath. I’ve spent as much of the summer there as I can possibly manage; although I’m currently still feeling a bit freaked out by the woman who died in the ladies’ pond, so have been exploring the lido more.

What’s your best experience in the neighbourhood?
I love the city farm, one of my favourite in London, and in between two railway lines. So transformative. You see how the kids are with the animals. Where else to you get to do that? And I love the allotments; fantastic.

What do you most dislike about your appearance?
Where do we start? My knees. I just don’t like them.

What’s the worst thing anyone’s said to you?
Probably that I lacked humour. That was horrible. Or was it that I laughed too much at my own jokes? Horrible too. I think the person said it in a way of advising me.

What is your favourite dish and why?
It’s a kidney bean spicy curry called Rajma. It’s been more or less my favourite dish since I was four years old. I eat it as regularly and often as I can be bothered to cook it or get my mum to. It’s a very humble dish.

What did you do today?
We’ve been busy installing a solo exhibition of new work by UK-based artist Andy Holden and I left my house three times today to get to work because I kept forgetting things. I needed a tripod, and then I had forgotten my lunch. The show is Holden’s most ambitious project to date – and we haven’t worked on anything to this scale in this building before, so we’re really excited.

Describe yourself as an animal.
Maybe a fox. They’re quite streetwise and I am not. I’d want my animal alter ego to be a bit smarter than me. I think they get a bad rep, but you know they are alright.

Got a suggestion for Ich Bin? Email info@kentishtowner.co.uk. And if you’re a fan of the column why not buy the T-shirt or tote bag?