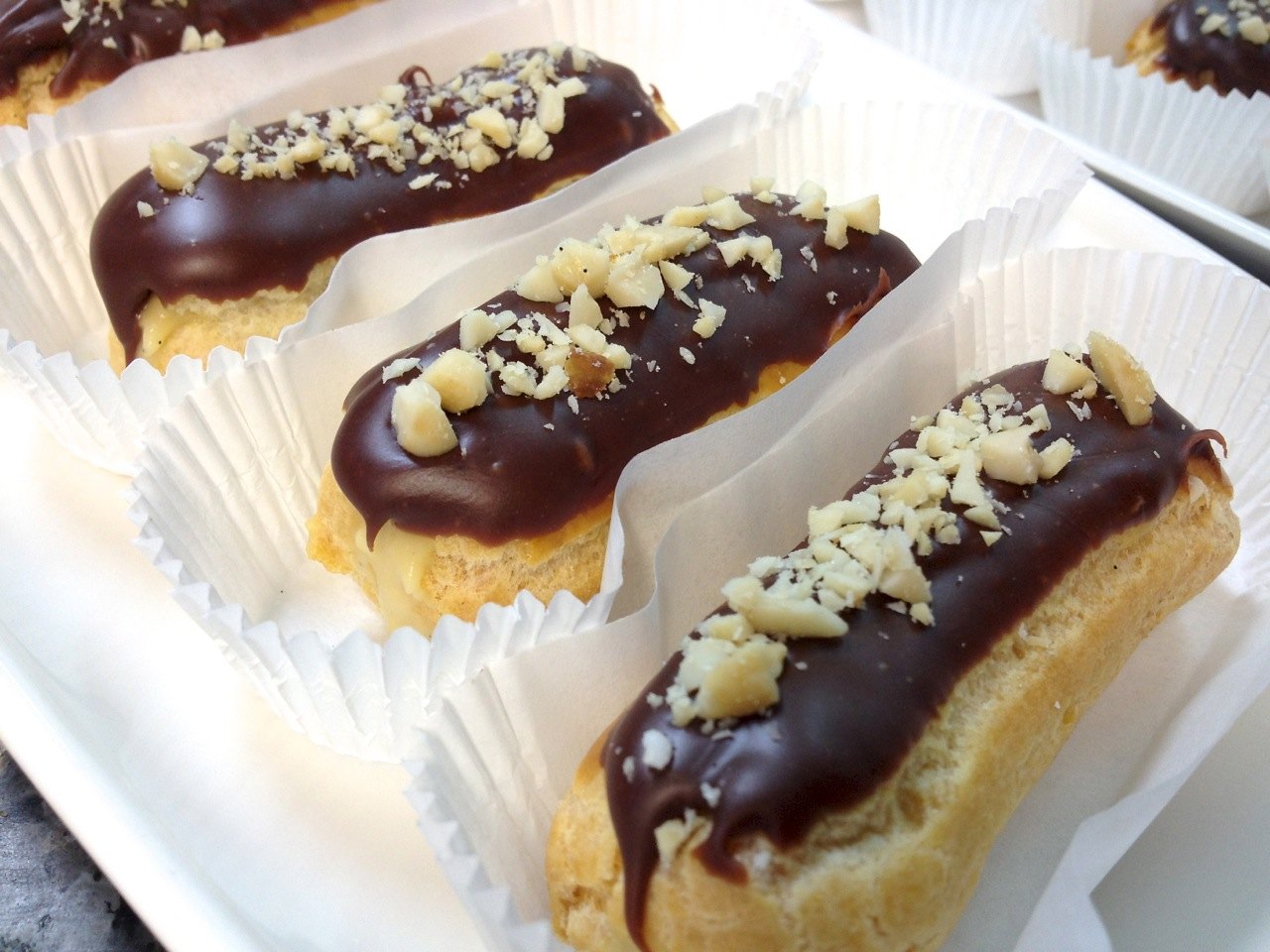 Patisserie Diaries: what’s it like embarking on a dramatic career change?

A year ago Clare Zerny put her twin careers as model and journalist behind her to try something completely different. Now she's just launched her Flour of London patisserie brand, after a summer testing it out at the Alma Street and Queen's Crescent Festivals. Here's her tale

One year ago, after a “portfolio” career as model, journalist and charity fundraiser, I decided to retrain as a patissier. And, for a few months, I wrote a diary on my progress in this very tome. So what’s happened since? Apart from gaining a few pastry pounds?

Punctuated by chocolate sculptures, exploding soufflés, masses of petit fours and the worst hair-days ever, pastry school was an experience I’ll never forget. I haven’t had so many bad barnet days since the 90s. Fact: No amount of dry shampoo can resurrect chef’s hat hair. And, don’t even get me started on the aesthetics of the regulatory shoes. Major style issues aside though, if you’re considering taking the career change plunge, I wholeheartedly recommend it. While the future remains ambiguous, what I can say for certain is that I have no regrets.

So what did I learn as an early thirtysomething returning to college? Well first, the constant stream of new information is intense. Concentration is a must, lest you risk a soggy bottom. And that’s not as funny as it sounds. In fact, I left most days exhausted. While learning different recipes we repeatedly practiced disciplines, which in various combinations make up all the classic dishes.

Methods are initially learnt by hand and I gained a whole new respect for bakers while discovering muscles I never knew I had. Having since treated myself to a coveted Kitchen Aid, which to the baking-obsessed like me is a most treasured possession, I can now whip up meringue without breaking a sweat. What I was least prepared for for was the sheer quantity we turned out. But luckily, I found an office of willing tasters nearby and soon became known as the ‘cake lady’ – infamous for thwarting the willpower and diet efforts of many.

What else? To get a taste of a working kitchen we were sent off to The Savoy. There was much camaraderie amongst the pastry team who work incredibly long shifts. It was a daunting prospect being amongst such young talent but further evidence that the food industry is no place for those without real passion and dedication.

Back at college, our next challenge was to design a dessert and take over the section for service at Westminster Kingsway’s own restaurant, The Vincent Rooms. Inspired by The Savoy experience and a research trip to Paris and its many wonderful patisseries, I settled on a raspberry, chocolate and pistachio opera cake with pistachio ice cream. Recipes were scaled up, prepared and then assembled as orders came in. Word came from some restaurant regulars dining that afternoon that they had realised something was up as the desserts were even better than usual. Mission accomplished.

With the end of the diploma looming it was time for final exams. Realising how much this all meant to me it was two nerve-racking days of prepping and baking. A la Masterchef, we brought them to the front bench for scrutiny by our tutor, chef Simon Woods (2010 Dessert of the Year winner) and guest judge Alannah Doe (2012 Junior UK Chocolate Masters winner).

With bated breath we hung back as they whispered and scribbled marks; and we pretended not to stare. Thanks to my hero salted peanut butter éclair that pulled back marks lost on a somewhat soggy bottomed pativier, I was awarded a distinction – and left that day exhausted, but with a huge smile on my face.

Breathing a sigh of relief I headed home, toolbox and chocolate coated chef whites in hand and onto my next baking chapter.

And now, in September 2013, with my diploma over and distinction achieved, as some of you will know it’s the start of my Flour of London company: those of you who’ve been to the Alma Street and Queen’s Crescent festivals or our recent Under The Overground event may have tasted my tarts already.

And keep reading over the coming months, as I’ll be filling you in on how I get on trying to flog my buns in the real world…

Get in touch with Clare via her site Flour of London here.