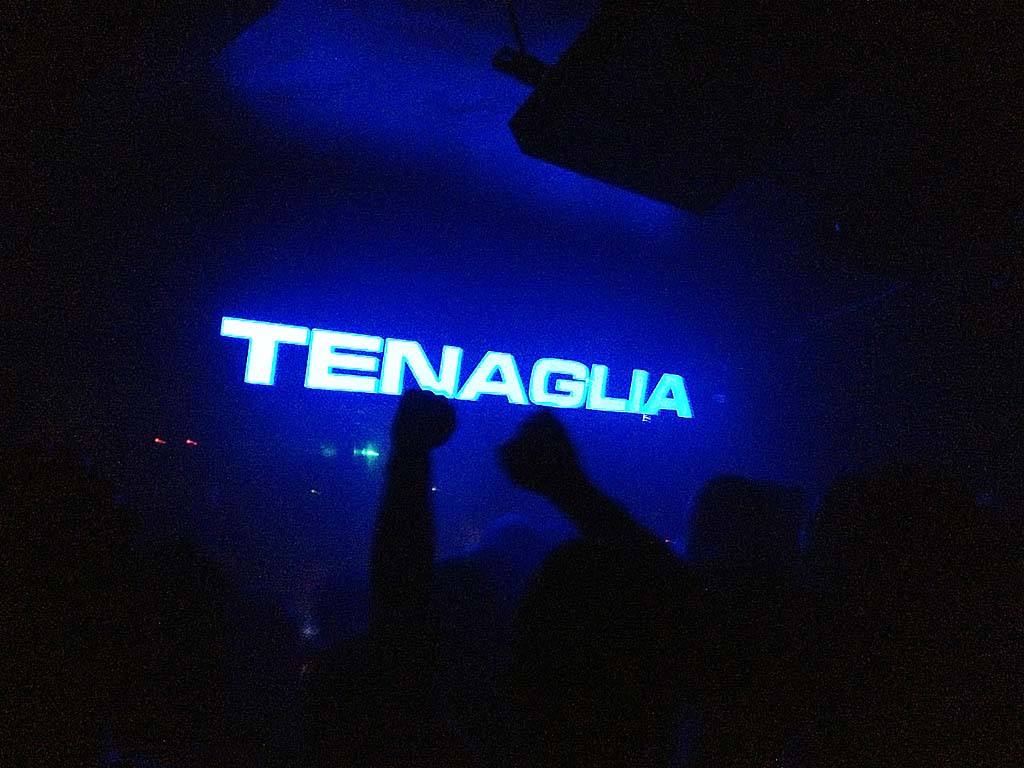 London’s younger generation of afterhours disco buccaneers may not have much experience of the DJ sets of Danny Tenaglia. Perhaps he’s a name they’ve brushed off with the now rather dated ‘tribal’ house music tag, or maybe they’ve listened, enviously, to gilded tales of his infamous marathon sets in Miami or New York.

Either way, he hasn’t played on these shores for some time. But for a slightly older clubber, his name definitely holds a certain magic. For there was a time when DT on the flyer was quite simply the hottest ticket in town, if not the world.

Today, he’s not up there with the EDM uberstars, playing monster tunes to 30k ravers with a berserk backdrop of fireworks and lasers. But he never would be. Tenaglia is all about a dark nightclub, a 10-hour set and dancing until the sun shines.

His London residency at ill-fated early noughties nightclub Home on Leicester Square, (where he used to play, somewhat bizarrely, masked behind a large black curtain), was frustrating in that the club never secured a 6am licence, meaning the king of the all night set had to finish up early. Since then he’s played occasionally at Ministry of Sound, but London has had to wait a long time for the full afterhours treatment by the man.

There were some that scoffed at the idea of DT playing Egg, but in fact it’s the perfect club for him, particularly now that it’s been so successfully extended in size across all the dancefloors.

The crowd is peppered with oldies, all dusting off those ravin’ shoes, invigorated by memories of ‘time of your life’ moments, like Danny dropping Sweet Dreams at Homelands in ’01 or teasing in the “dancin’, and prancin’” refrain from his own Music is the Answer pretty much anywhere.

There are plenty of younger faces on the crowded dancefloor tonight though, keen for their first full length serving of Tenaglia. They are better able to cope with the stifling heat, which has the older bunch moaning like their parents and making for the outdoor terrace for an occasional breather.

Demi, who plays a flawless selection of energetic warm up tracks, ends with his own rerub of Inner City’s all time classic Good Life sometime after half three. Then, gamely sporting an EGG LDN t-shirt and a surprise moustache, New York’s king of the extended set embarks on his musical mission, one that won’t end until nearly lunchtime on Sunday.

His music feels carefully selected because it is. This is a DJ who spends hours preparing what he wants to do each time and you can really feel it. Steadily he builds tension, the anticipation of the dancefloor veterans finally released in smiles, fist punches and whoops when he takes things up a gear.

First timers or old timers, everyone seems in foot-stomping agreement that Danny’s still got the passion and the skills. Even as we have to go against our traditional inclinations and leave before sunrise (a desperate attempt to grab some sleep before the kids wake up, so you can see which camp I fall into), we’ve still had a decent taste of what is to come.

Jealously we watch yet more people rocking up at London’s biggest after hours spot. Tenaglia should really play at Egg more often.