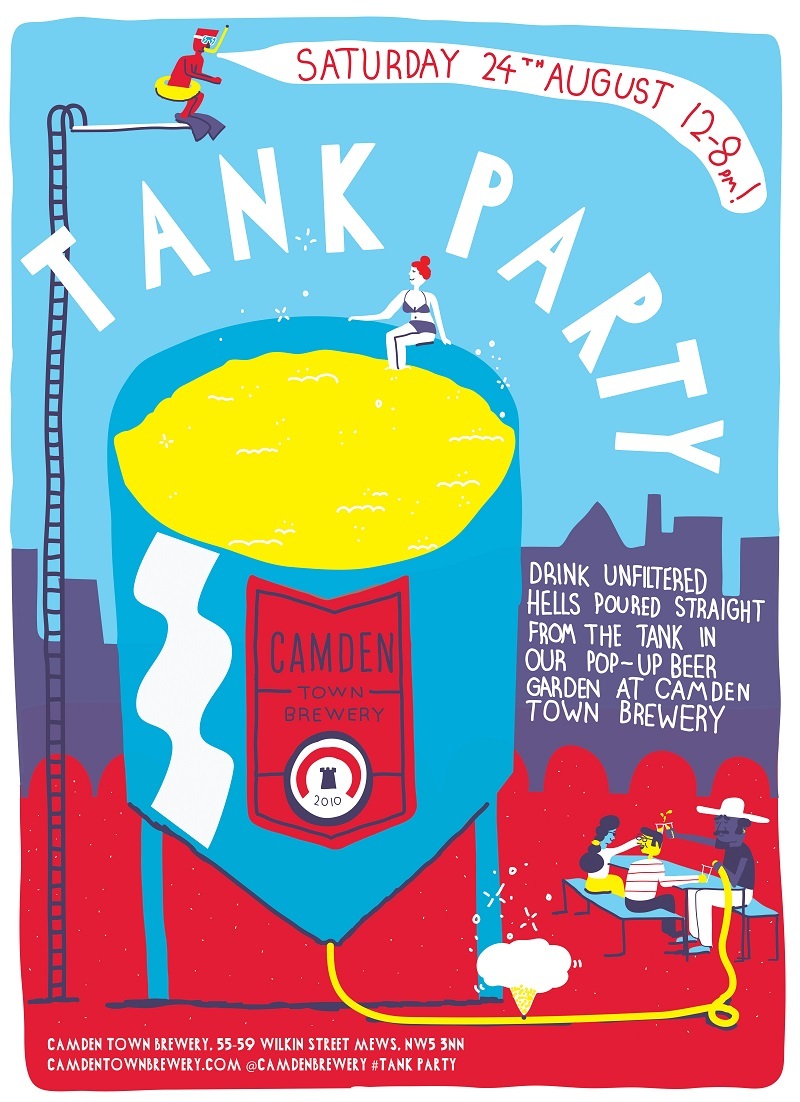 “Outside we’ll have six 12,000 litre tanks all filled with beer,” enthuses onsite beer bod Mark, “and we’re attaching a tap to one of them to sell Unfiltered Hells Lager directly from that tank.”

Not only that, Mark reckons it’ll be the freshest beer in town, “and some of the coldest – those tanks are zero degrees inside.”

And to mop it all up there’ll be a much-needed array of street food stalls outside in a pop-up beer garden. Texas Joe, K-Town’s newbie celebrity after his smash hit appearance on Dragon’s Den, will be there firing up his BBQ, as will acclaimed Hampstead sister pub to Camden Brewery, the Horseshoe. Other stalls include Prairie Fire pizzas and Miss P’s fried chicken.

Heck, it’s almost a Dirty Pizza Chicken rolled into one. See you for a Gentleman’s Wit on the cobbles.

This is box title
The action kicks off at midday, this Sat. The Camden Town Brewery bar is on Wilkin Street Mews, open Thurs-Sat 12-11pm. Find it here