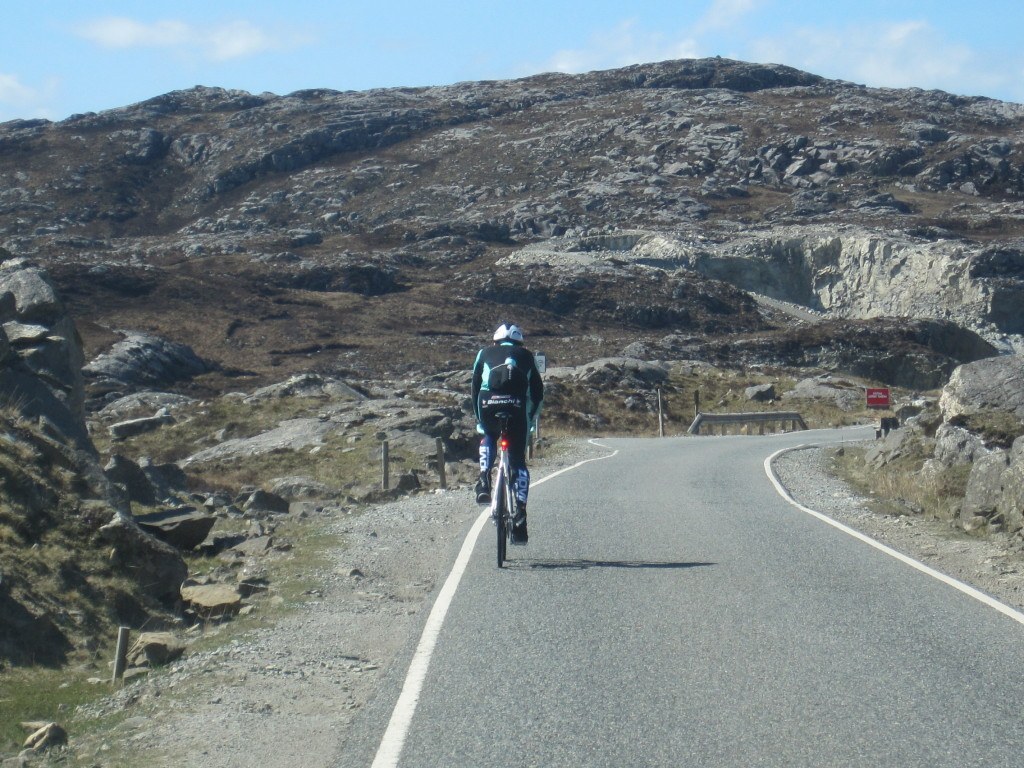 If I had to give everyone on the planet an inessential material gift, I would give them a set of wheels. Do not underestimate wheels. Anything that cannot be reinvented is fundamental. Civilised life thrives on wheels. Prams. Cars. Wheelchairs. Bikes.

When I started cycling, some years ago, I was living in a simple draughty cottage on a weatherful island in the extreme north. In my mid-thirties, I’d had a broken-hearted, broken-minded kind of life I often thought of writing about, though the sheer scale of the task – not to mention its potential egotism – defeated me. In fact, in Shetland as a writer in residence, I hadn’t, for a long time, been able to write anything. Pressed down by the weight of my own flaws, I had felt blank and hopeless. Until the bike.

I bought it on a whim. It was new, a sleek black machine that fascinated me. An artist once said that the bike is a “surrealist invention”, that cycling is “a surreal way of walking”. The bike was a work of art. It symbolised freedom. Here was art with a commensurate practical value, like a novel that cheers you up, taking you up and away out of yourself…

I went swooping through Shetland’s windscoured contours, with its schizophrenic sea views and enormous wheeling sky, and the elements united in rhythm: my heart and the bike and my legs and the road and my lungs and the wind. The very cadence of things actual and things perceived melded. Cycling was like a drug. But a nourishing, healing one.

I pared my crestfallen life down to essences – eating drinking sleeping reading writing cycling meditating. My ennui slowly lifted. I began to feel more confident, more connected, more joyful. And my creativity returned. I found myself not only fulfilling my current writing projects, but attracting new commissions too.

I now live in London and cycle three or four times around Richmond Park most days to maintain my equilibrium. And to help me write. Wheels love the imagination. Bike-riding hypnotises you, even while demanding a Zen-like mindfulness. The landscape blurs past and the movement seems to give a more adventurous shape to thought patterns. Cycling – itself a solitary pursuit – has helped me to feel engaged with the world, a sense that can often elude writers, typing away in their insular bubbles. On my bike, I feel part of something bigger.

I’ve harnessed that awareness into trying to help others by cycling for charity. In 2009, I rode 1300km of the Danube, from the source to Budapest, to raise money for cancer charities, and last year I cycled from the north of the Isle of Lewis to the south of the Isle of Harris, in my native Outer Hebrides, for the hospice where my mother spent her final weeks. Always on a fixed-gear.

The rise in cycling’s popularity makes me happy. I quietly gladden when I see others cycling: giddy toddlers on trikes, eager teens on mountain bikes, cosmopolitan renegades on fashionable fixies, senior citizens on tandems sharing rich memories and late-life heartbeats. They all understand cycling’s open secret – that it encourages us to get more out of life, to be healthier in body and mind.

1. Chamberlaine’s, 75-77 Kentish Town Road. Onto the fourth generation of the Chamberlaine family, this local institution dates back to the 1950s. “I went in to chat about possibly getting a bike in the future,” said one reader in our 2012 reader awards, “and came out several hours later armed with a wealth of new knowledge, and never once any pressure to buy – they just wanted me to make the right choice.”

2. Simpson’s. This family run affair on Malden Road has been around for decades too. “It’s a great shop,” says Anup Patel, a keen cyclist who gave us these local two-wheeled tips a while back, “but they can be very busy and sometimes the quality from their workshop isn’t comparable to their excellent sales advice.”

3. Lunar Cycles. Tucked away on Wilkin Street Mews, Lunar boasts what reader Mitch Connor calls “some swish fixies if you want that just-popped-over-from-Hackney look, but also a neat line in upcycled old frames.” Meanwhile, Anup Patel calls it his “go to bike shop. My tip would be get it in for a service Saturday morning, have a few pints at Camden Brewery and then pick it up later in the afternoon.”
Stephen Emms

Kevin MacNeil is an award-winning poet and novelist from the Outer Hebrides. He’s at the Edinburgh Festival this Thursday 15th, at 9pm, and is teaching an Art of Adaptation course at Kingston University this autumn. For information on his books, album, workshops and bike rides, visit his website or find him on Twitter @Kevin_MacNeil