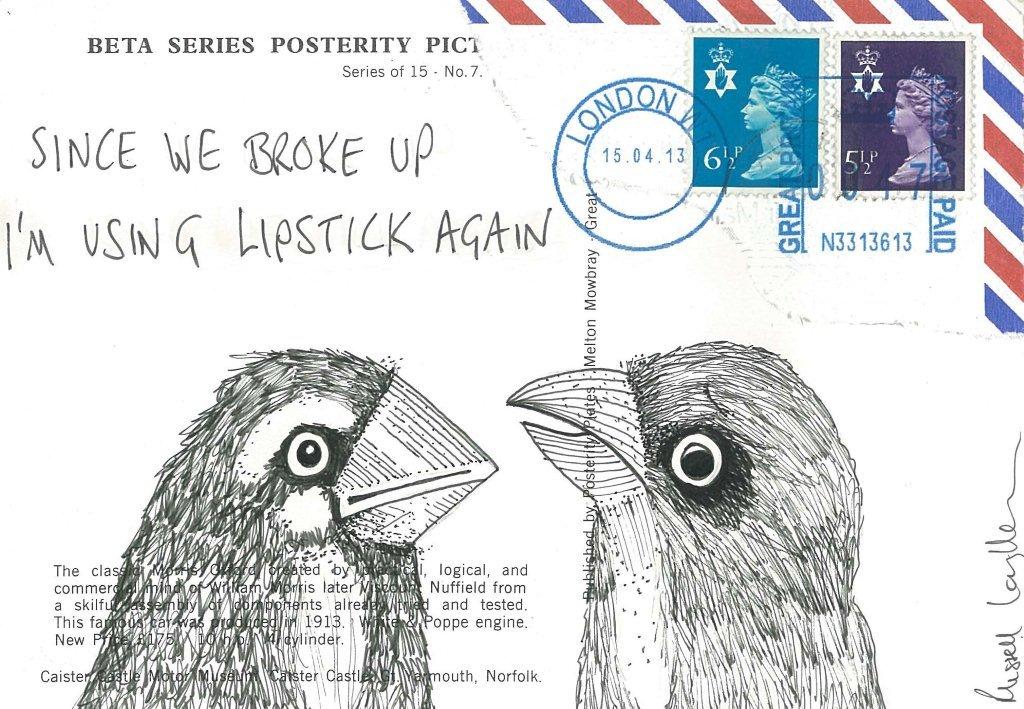 Urban Animal of the Week: #4, Pigeon

Our popular Wednesday Picture column is taking a well-earned summer holiday, so over the next four weeks animal expert Peter Hayward will guide you through the other inhabitants of our urban jungle

Loathe them or hate them, pigeons are incredibly successful, aren’t they? The city variety, which hobble and wheeze their toeless way through London’s streets, are the descendent of rock doves, dainty birds of pale slate grey and purple-green iridescent plumes that inhabit wild cliff faces around the Mediterranean.

But since their domestication, humans have taken them wherever they went, and as we built castles, cathedrals, towerblocks, and skyscrapers, escaped birds have made these artificial cliffs their homes.

Across generations, pigeon fanciers developed various breeds, from the homing and racing pigeons to specialised strains for eating. And then there are the fancy ones: a range of breeds in many colours, some with outlandish pom-pom crests, some with curly feathers, and even a group known as tumblers that roll over backward during flight. The feral birds that populate our cities, however, are of wild rock-dove type in most respects, if not always colour.

Feral birds are never quite as charming as their wild relatives: they lose toes, sometimes whole feet, trapped in fences and netting; their feathers get besmirched by pollution; and they are a hive for bacteria, fungi and viruses (several human pathogens among them, although infection from pigeon to human is vanishingly rare – if not unheard of). As such, city birds probably don’t live that long, but with warmth and ample food (mostly discarded fried chicken and pools of vomit) they breed year-round, cramming a lifetime’s reproduction into a few months under a railway bridge.

So while pigeons thrive in cities, they are also bloody marvellous at dying: squashed by cars in explosions of blood and feathers, or trapped in nets put up to prevent them nesting under bridges, their putrefying bodies dripping onto passers-by (which I presume why being shat upon by a pigeon is good luck, because at least it’s not dead bird juice).

Some pigeons die in less visibly repulsive ways – swallowed whole by pelicans in St James’ park for example. And the success of pigeons must in part be helping the colonisation of cities by peregrine falcons, the natural nemesis of the wild rock dove.

Inspired by a school in Primrose Hill, which has a falcon-shaped kite flying above their grounds to frighten off pigeons, I stuck a cut-out falcon on my window to deter a persistent pair from their daily efforts to nest in my cut-and-come-again salad windowbox.

It worked for a while, but now they just perch on the balcony, undeterred, shitting on my rocket.

1. Pigeons were probably the first birds to be domesticated, perhaps as many as 10,000 years ago in Mesopotamia. Chicks (also known as squabs) and eggs were collected from artificial roosts for food and their droppings could have been used as fertiliser by early farmers.

2. Pigeons produce milk, I kid you not. Pigeon milk is a secretion containing cells rich in fat and protein and immune molecules, produced in the crop (a structure of the upper gut). For the first week or so, squabs are fed exclusively on this regurgitated milk. The only other birds to produce crop milk are flamingos and penguins.

3. Charles Darwin took great interest in the diversity of fancy pigeons, and his observations of them provided evidence for his theory of evolution.

4. The pigeon family is one of the most widely spread groups of birds, with species having become established on even the remotest islands. Indeed, the poster-bird of extinction, the dodo, was a large flightless pigeon.

5. In the UK, feral pigeons are actually outnumbered by their larger, fatter, and somewhat more attractive cousins the woodpigeons, but high numbers in city centres mean that many urban dwellers are more familiar with the feral birds, which are rarely seen in the countryside.

Missed the first three Urban Animals of the Week? Read them all here.