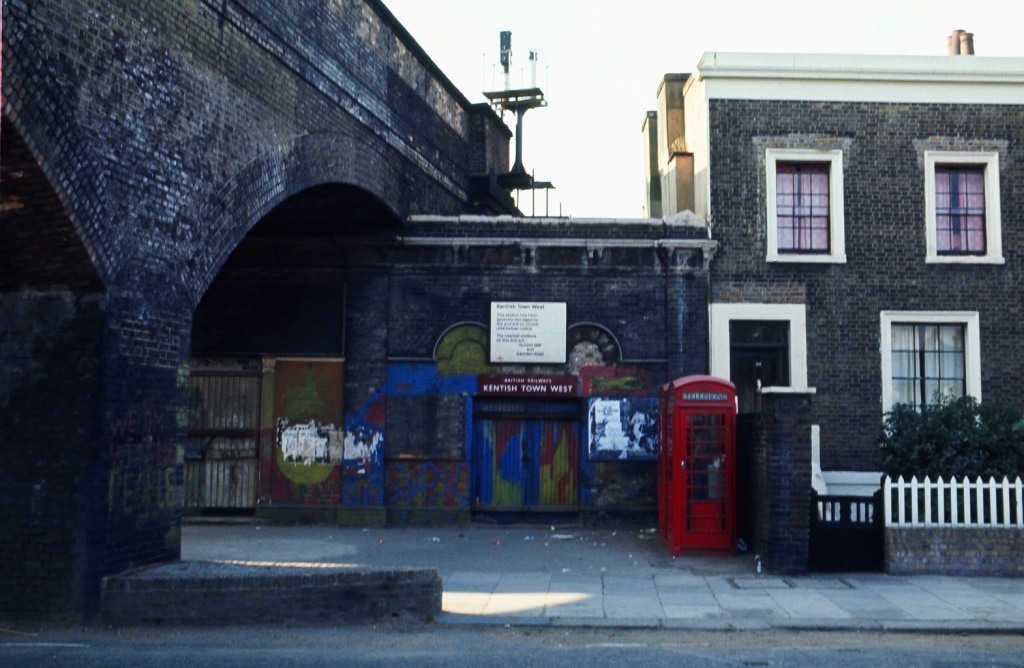 Do you remember the Silverlink Metro? North London’s very own crappy train, itself a 90s makeover of the even more cruddy service that came before it.

Travelling on the old North London Line generally meant 45 minute waits on blowy, unstaffed platforms with no information, followed by a clattering, nausea-inducing ride on a filthy seat amidst a swirling sea of rubbish. And it wasn’t a real journey without the obligatory ten minute stops between stations.

It’s hard to overstate the positives of London’s Overground network. Not only has it polished up a hodgepodge of decrepit, unloved Victorian railways and returned them to a world class infrastructure for 21st century folk, the beloved orange line has had a transformational effect on the areas it now services.

Take a look at Kentish Town West station in the 1970s (above). Boarded up after a major fire, it sat abandoned like this for a decade. Last week’s pictures by photographer Jeremy Ross of the obliterated Prince of Wales Crescent serve as an eye-opening reminder of how neglected the immediate locale was back then.

Here, more of his shots reveal life at the time, as the original terraces that lined Prince of Wales Road are razed, making the current Princes Park hoo-ha feel like a minor (if 8-story high) footnote in the ever-shifting history of the landscape.

Kentish Town Station, as it was known for its first 57 years, opened on April 1st 1867. The change of name to Kentish Town West only took place in the 20s. Passenger trains ran from Richmond to Broad Street station, now buried beneath the City’s towering Broadgate complex.

The line has always been an important freight link across the capital, suffering a fatal crash between freight and passenger trains in 1861 just up near Gospel Oak. Controversially, it is still used to quietly transport lethal radioactive materials right through London from Sizewell nuclear power station at in Suffolk for reprocessing at Sellafield.

The rumble of heavy rolling stock at 4am has greeted local insomniacs for years. A sound that carries right over the Heath, it can skew picture frames and shake teacups off tables in the houses nearest the tracks.

In 1976 it was announced that Kentish Town West would never open again, but despite this is did indeed get rebuilt and was serving passengers again in 1981.

The decision to create London Overground, an orbital rail network that niftily avoids the need to pass through the centre of town, has opened up an effortless passage to places such as Clapham, Crystal Palace and, of course, all east London’s hipster hotspots.

It’s unthinkable that Prince of Wales Road would be the same today, with its flourishing pubs, galleries and coffee shops, without the coming of the orange line.

The Overground stands as K-Town’s best slice of the Olympic legacy, responsible for regeneration here as it has been all around London. But best of all, its made the whole city infinately more navigable. Adventure begins up the stairs, where once only pigeons and rats held court in a burned out shell.

9 thoughts on “Wednesday Picture: Why we love London Overground”

9 thoughts on “Wednesday Picture: Why we love London Overground”