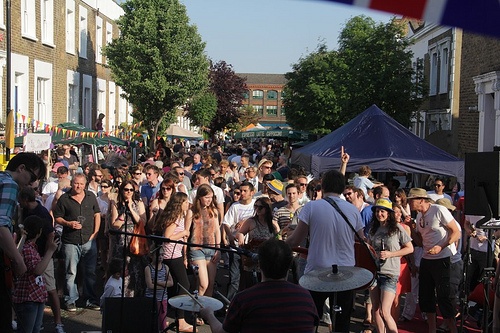 7. Did you know there is a Colonel Fawcett Day?

No, neither did we. But fancy a little pre-Alma warm-up? Then head down to the Randolph Street boozer, which on Saturday – aided and abetted by a vat of gin – celebrates the “life and death” of the not-quite-iconic fella himself. (If you didn’t know, back in the 19th century Lieutenant-Colonel David Fawcett was mortally wounded in a duel with his brother-in-law in fields behind what is now the Unicorn on the corner of Brecknock Road/Camden Road. Carried to an upstairs room in the Camden Arms, he died two days later.)

The colonel was apparently a fan of mother’s ruin. “So we are offering free gin in the function room from 2pm – 5pm from a multitude of boutique gin companies; then it turns into a bit of a party till 2am,” says co-owner Ross.

By all means head down there, but don’t spoil yourself before the big day on Sunday.

Got a story for the Pinboard? Email us: info@kentishtowner.co.uk