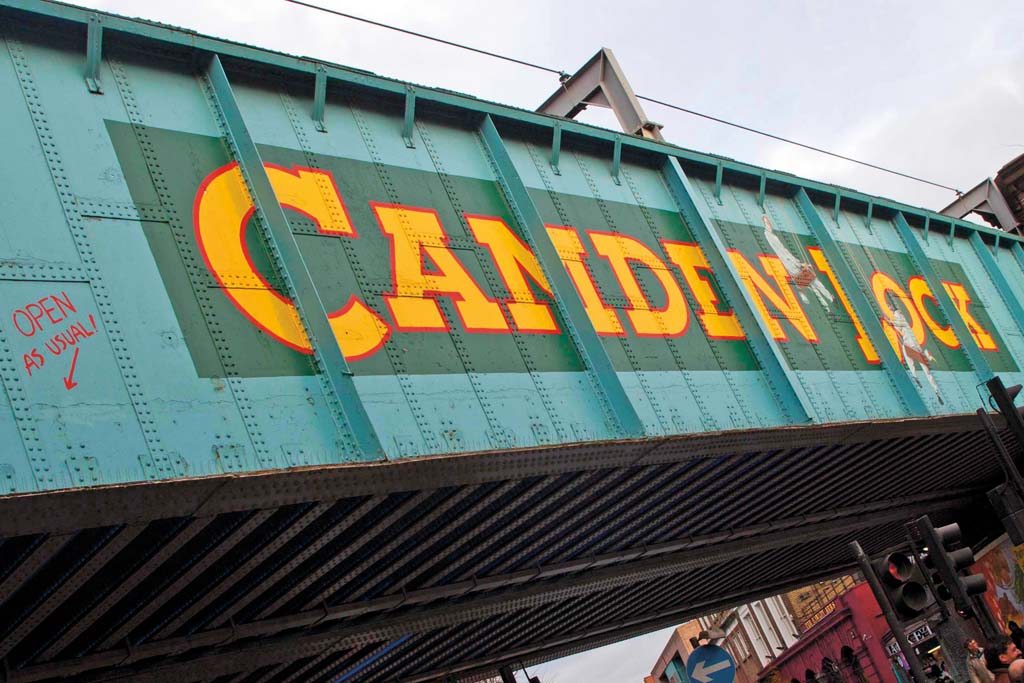 This week saw the launch of Camden Lock and the Market, local author Caitlin Davies’ beautiful, detailed study of the area’s transformation from industrial wasteland to iconic global brand over the last 40 years.

The book bristles with revealing pictures, particularly from the 70s and 80s, when a small, visionary team set about creating rudimentary retail space for arts and craft businesses, housed in condemned Victorian canalside warehouses.

Purchasing crumbling buildings and a couple of yards from struggling crate manufacturers T E Dingwalls Ltd, they pulled in architect John Dickinson (who would, two decades later, design the award-winning Market Hall building too) to work on a shoestring budget.

As Caitlin documents in the book:


His brief at Camden was to: “Get the place lettable. The whole site was scheduled for demolition and Camden High Street would become a link to the bottom of the M1, so we had very little time. We didn’t buy anything, but we created shops in the West Yard and turned a corrugated iron hut on Commercial Place into the Lock Shop. My budget was just £5000. We made use of Dingwalls’ two cranes to remove rubbish, and hireds a charismatic South African builder called Louis Friedman, who had a big team of hippies and the amazing ability to galvinise men into producing their best.”

By the summer of 1972 the vision was starting to take shape with the first few workshop units being let. From then onwards, the constant evolution of the area – that had first seen the canal and its transportation infrastructure boom, then stall – continued apace.

The popularity of the bohemian craft community, combined with the scrapping of the horrific motorway scheme, quickly lead to pressures to redevelop (bulldoze) the area to exploit it.

A year later, Dingwalls Dance Hall opened and fast became one of the hottest music venues in London. The year after that, the first actual market took place, bucking the trend that had seen historic street markets going to seed all over the capital.

An intoxicating, unique mix of resident artists, exotic crafts, edgy music, street entertainment and ballsy fashion meant that by the 80s, Camden was the place to be for a whole generation of cool young things. Other markets like the Stables mushroomed up around the original plot, and as the commercial pressures increased, the artisan stalls increasingly found themselves in direct competition with imported tat, fake goods and generic t-shirts.

And while the cool factor faded for Londoners, the tourists flocked in their thousands. They still do. Today it has become all too easy to brush aside Camden as the classic victim of its own success, yet this is a mistake. It remains an area of the city for which we should be most fiercely proud.

From the unofficial renaming of what is actually called Hampstead Road Lock, to the painting of the iconic railway bridge sign, there has been little structure to the process, yet Camden Lock has emerged as a much copied blueprint for a new generation of markets the world over.

That’s the potted history. The details are far more delicious, of course. So read on…