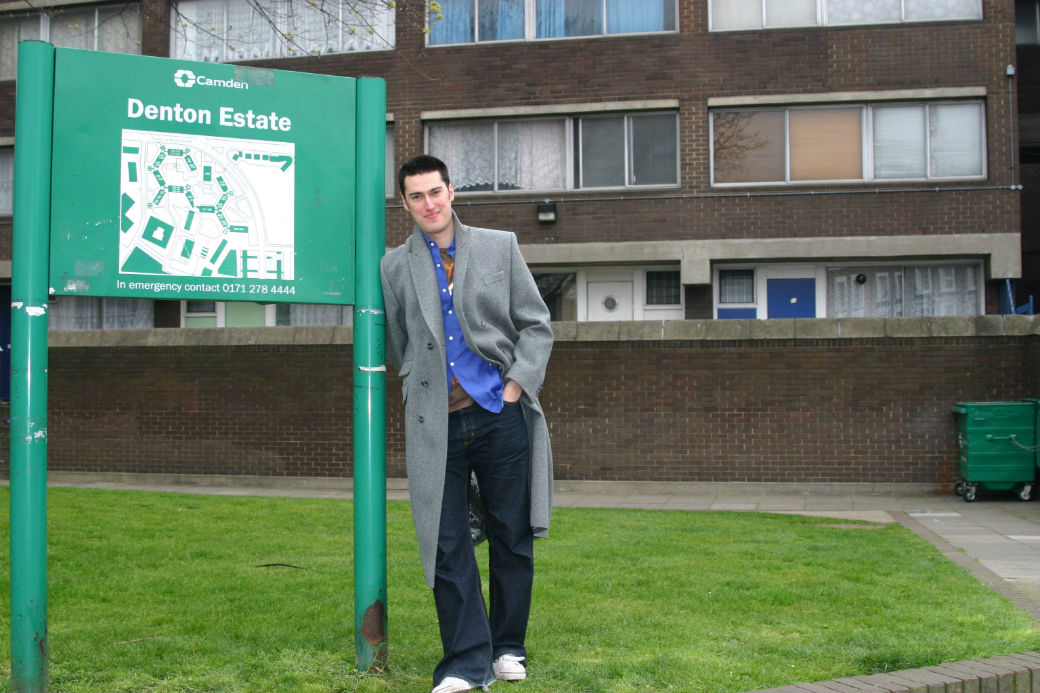 My Jimmy Coates series is set in a slightly alternative version of Britain. It’s not a fantasy land or a world of witches and wizards – it’s all as real as I can make it, so I always use real locations. And Kentish Town has a starring role in my new book, Jimmy Coates: Blackout.

I’ve used Kentish Town locations before, of course – what novelist isn’t tempted to make his local area the backdrop for thrilling escapes, intrigue, espionage and action sequences? But this is the first time such a large section of a Jimmy Coates book, and such an important climactic sequence, has taken place at a specific Kentish Town landmark. Read on to find out where it is.

The version of Britain that Jimmy lives in is run by a dictatorship. The Secret Service is hunting him down to make him work for them as their genetically engineered assassin. Or to kill him. All the places where this battle unfolds are real and many of them are local to me.

Find out more about video ads for your business
A couple of my favourite moments from book 5 in the series, Jimmy Coates: Survival, take place just down the road in Camden. At the Camden Snooker Hall, where I was a regular until its sad demise, rebel leader Christopher Viggo stands on the baize to make speeches and rouse grassroots support for his campaign against the government.

Later, at the bridge over the canal where Kentish Town Road meets the Grand Union Walk, Jimmy’s French counterpart, the flirty but lethal Zafi Sauvage, crouches at the railings to work out her next move after she’s failed to eliminate Jimmy’s family. She dives into the canal to make her escape.

I tried to be very specific about locations in my set-up. Here’s the moment Jimmy finds out where his friend is being held, early in the book:

‘LOCO.’ Jimmy turned the postcard over in his fingers while the word revolved in his head. The lettering was ornate and gothic. Above it was a simple black and white drawing of two snakes twisted round each other up and down a microphone stand. On the back of the card was an address in north London: 5-17 Highgate Road. It wasn’t an area Jimmy knew, but this was obviously a flier for one of the illegal music nights that happened all over the city.

So, without further ado, here are my top 5 scenes that take place in NW5…

My friend Greg used to live in the Denton block on the corner of these streets. I ‘borrowed’ his flat as a location in Jimmy Coates: Survival. Jimmy’s family is held there by the British Secret Service as bait to lure Jimmy to them. There are scenes of intrigue and betrayal in the flat when an agent from the rival French Secret Service befriends the family to get information from them.

This pub is the perfect surveillance point from which Jimmy’s French rival, Zafi, can watch Jimmy’s family. Zafi’s job is to find out where Jimmy is, then eliminate his family. She hides out in this pub, which I renamed ‘Gregor’s Elbow’ in the book, before she finally decides she has to blow up the flat in spectacular fashion…

In my first book, Jimmy Coates: Killer, there’s a frenetic car chase. In an attempt to lose their pursuers, Jimmy and his new ally Christopher Viggo drive onto the tube track in North-east London. They hurtle south on the Victoria line, chased all the way until they negotiate a tricky change at Euston (much harder in a Bentley than on foot). They escape up our branch of the Northern Line. It’s at Kentish Town that they’re out of danger – for now – and they make it back into the open at East Finchley.

The final Jimmy Coates book will be called Jimmy Coates: Genesis and I’m still half-way through writing it, but one of the major turning points takes place on a bench at this corner of the Heath – a particular bench where my dog always seems to try to steal a sandwich. In the book, it’s a classic set-up of spy betraying fellow-spy. No sandwiches involved.

In my new book, Jimmy Coates: Blackout, everything builds to a big climax which takes place inside the Forum and along Highgate Road. The whole final third of the book plays out there. I renamed the venue ‘Loco’ and in this alternative Britain it’s run by a mafia-like organisation. They’ve taken Jimmy’s friend Viggo hostage and brought him here. As Jimmy doesn’t have what they’re demanding, his mission is clear: break in and get his friend out. It’s far from simple, of course, with government assassins still on his tail, so it leads to a couple of nerve-shredding twists… and chaos along Highgate Road.
This is box title
Joe Craig’s Jimmy Coates: Blackout is published by HarperCollins Children’s Books on June 6th. For more info, head here.

Intrigued? Head to the next page for an extract from Blackout set in one of Joe’s above Top 5 locations…