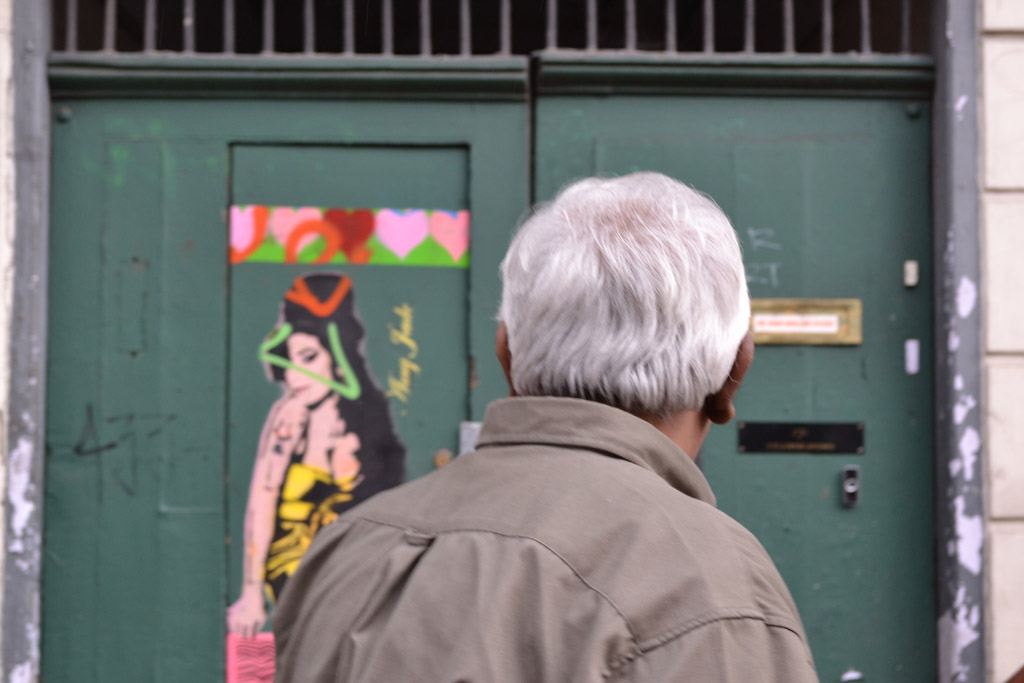 Despite our urban surrounds, Kentishtowner is never short of a good animal in the starring role. And previously, on the Wednesday Picture alone, we’ve pursued elephants, mourned a goose, followed a herd of cows and encountered two generations of giant black cats. But today? We’re out hunting for Bambi.

Of course, this little deer has more in common with the recent Top 5 Banksy Locations than any of our more feathered, hooved or tusked friends. For Bambi is the nom de spraycan of an artist now being endlessly referred to as “the female Banksy.”

The comparison is a fairly reasonable, if perhaps lazy one, as convenient to her slick PR machine as it’s controversial to the street art aficionados/bores leaving apoplectic comments online. But, however you wish to frame it, this anonymous girl artist is certainly picking up a similar amount of column inches – plus the accompanying rise in the sale prices of her work – at the moment. And, possibly even more so than Lord Banksy has done, she’s marking her territory in and around this part of London.

Perhaps her most famous piece is located opposite Camden Town Sainsbury’s – a portrait of much missed local ledge Amy Winehouse. As with any Banksy worth its chops, the piece has been variously defaced, restored, painted over, replaced and covered in Perspex. When we paid it a visit yesterday the protective plastic shield had been smashed off, some recent tags carefully airbrushed out in perfectly matched door paint, and a Swarovski-like jewel lovingly placed to represent Amy’s pierced lip.

Next: Loads more Bambi street art in the area