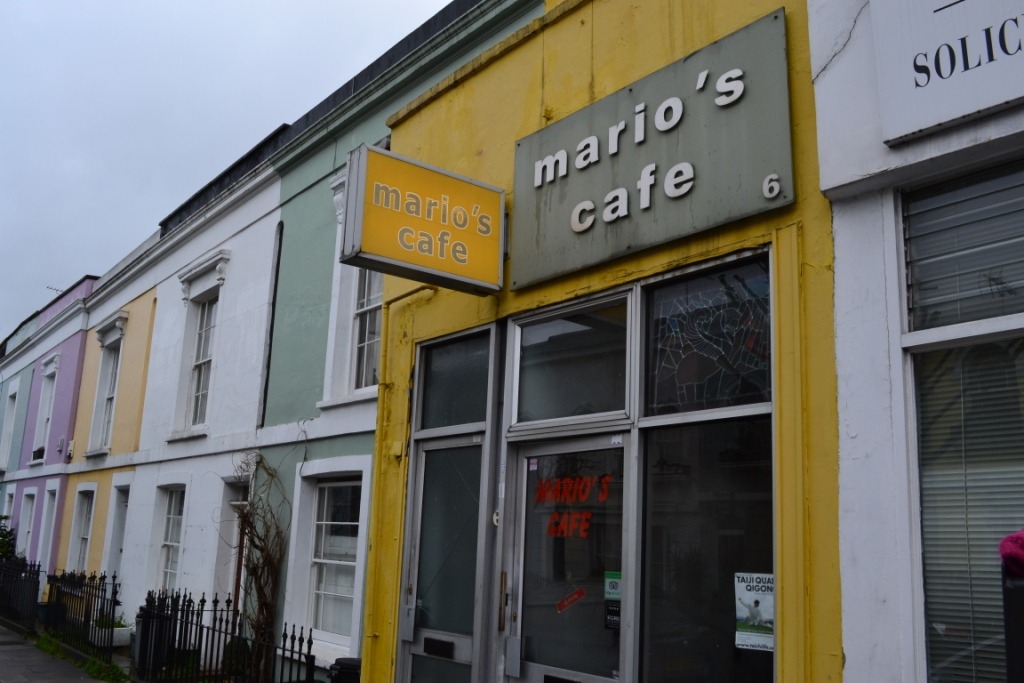 In 1993 Kelly Street’s tiny Mario’s Café was immortalised in song by electronica outfit Saint Etienne. But as Bob Stanley from the group explains, the paean is, in fact, about a wider local love affair

In January 1990 I moved into a basement flat on Dartmouth Park Road with my best friend, Pete Wiggs. This was before the era of Tony Blair’s Barnsbury, let alone the Millibands’ Dartmouth Park; several houses on the street still belonged to Camden council. We’d both grown up in Croydon, and both been to college in London, but this felt like something brand new. We had friends round the corner. Our families were nowhere in sight. Even if we only had Croydon as a comparison, NW5 was a new and exciting locale.

Pete had a slightly ratty old Renault and we’d drive around parts of London that, back in Croydon, had only been names in the A to Z: Gospel Oak, Haggerston, Arnos Grove, low-key glamour. We sought out cafes. I remember the best, densest fried bread being in a long thin cafe under the railway bridge at Hackney Downs; the Regent Milk Bar on Edgware Road had a floor to ceiling vitralite interior; De’Marco’s on Junction Road wore a sign on the wall outside claiming it had won a “silver cup award for ice cream.”

Our most visited cafe was on Brecknock Road, opposite Tufnell Park tube, and it was called the Moonlight Cafe – in fact, unlike all of the above, it still is. In the same month that we moved into the flat, me and Pete went to Ian Catt’s studio in Mitcham and recorded a cover of Neil Young’s Only Love Can Break your Heart, the first Saint Etienne single.

Once it began to sell and it became apparent we’d have to start writing songs of our own, it made sense to draw on our wide-eyed love of London, especially the part in which we lived. One of our favourite songs at the time was a late sixties soul record called Under The Streetlamp by the Exits – we adapted the song’s idea of meeting up with your friends and talking about your hopes and dreams, transferring the location from a Chicago street corner to a cafe in NW5.

There was only one problem. Moonlight Cafe was a song title that might have suited Chris De Burgh but it wasn’t for us. On Kelly Street, NW5, was a little place that had just opened up called Mario’s Cafe. We cheekily borrowed the name, and hoped Mario wouldn’t mind (I’d like to think he’s had a few customers over the years on the back of the song).

Though it had been written in 1991, Mario’s Cafe became the opening track on our second album, So Tough, in March 1993. The album cover had a distinctive ‘bunny ears’ font in green and gold. Not long after it came out, me and Pete were chuffed to see that a cafe called Flapjacks had opened on Kentish Town Road which borrowed both the font and the colour scheme. It was a funny way to show you were ‘home’, but there it was.

The signage has changed, but Flapjacks, Mario’s and the Moonlight Cafe have survived the two decades since. And I’m still within walking distance of all three, even if I don’t eat fried bread as often as I used to.

1 thought on “Music: 20 years of Mario’s Cafe by Saint Etienne”

1 thought on “Music: 20 years of Mario’s Cafe by Saint Etienne”