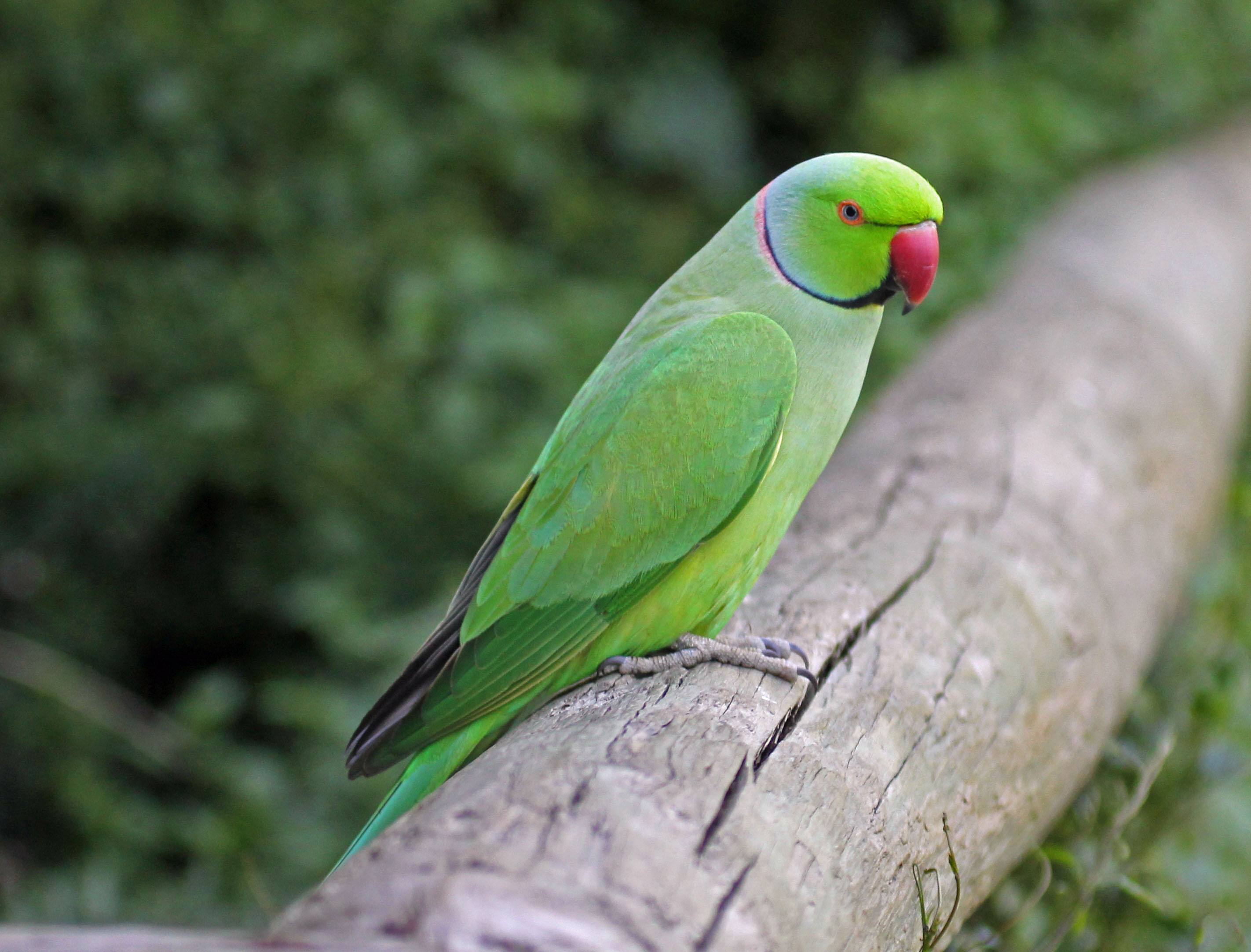 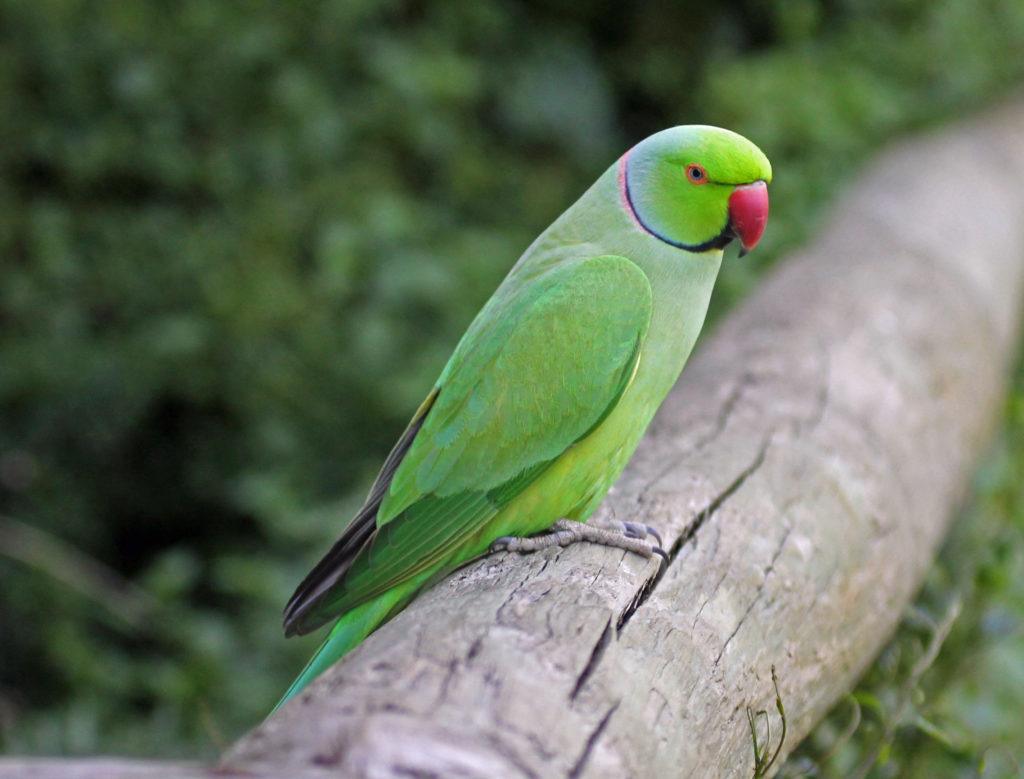 Colonizing the capital.Despite their near ubiquity, lurid feathers, and the racket they make flying about town, there are still a few people surprised to discover that southeast England is rife with ring-necked parakeets. These bright green, pigeon-sized parrots first established themselves in suburban south London in the mid 1900s, but have, in recent years, colonized the capital quicker than Tesco Express.

In Kentish Town and around they are most likely to be seen in parks and squares, occasionally on garden bird feeders, but it’s Hampstead Heath where they have really made themselves at home. For all the native wildlife that abounds there, few animals are as easy to see, or hear, as the parakeets. When trees are in leaf, the green on green can be hard to spot, but harsh, noisy screeches announce their presence, especially as they zip overhead at high speed in small flocks, their narrow, pointed wings and long thin tails giving them an unmistakable outline.

Non-native, alien species can be devastating for native wildlife (think of the impact of American grey squirrels on our native reds). Despite their population explosion, there’s no evidence of a negative effect yet. Parakeets could compete with other seed and fruit eating birds such as finches and pigeons, or perhaps more damagingly oust other birds such as woodpeckers from nest holes in trees.

The story of the parakeets’ origins that we’d most like to believe is that they are descended from birds that escaped from the set at Isleworth Studios during the filming of the Katherine Hepburn and Humphrey Bogart classic The African Queen. It’s far more glamorous than the more likely scenario that their ancestors were escaped pets. You’d think that birds at home in the jungles of West Africa would find our winters a struggle, but the natural range of these adaptable creatures extends from The Gambia to the foothills of the Himalayas, and those that flexible aren’t going to be daunted by a British winter – even one as crappy and interminable as this.


This is box title

Peter Hayward trained in zoology and evolutionary biology before becoming editor of a medical journal. He started his Animal Of The Week blog back in 2004 after stumbling across a cuban solenodon, an intruigingly obscure poisonous mammal. Having left south London last year for Dartmouth Park, he’s now well placed to teach us a bit about the other living things round these parts. @animaloftheweek