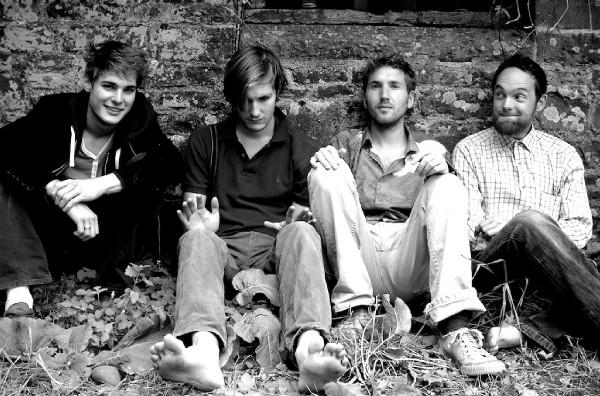 Although a big fan of Stornoway since the release of debut album Beachcomber’s Windowsill back in 2010, their music has always evoked simplicity. As a result, I expected a pared-down show at the Forum, four boys standing still in designated spots with their instruments.

This, I’m happy to report, we did not get on Wednesday night. Stornoway created a wonderful atmosphere from the outset, opening with the airy sounds of The Cold Harbour Road against backdrop visuals of crashing waves and floating seabirds.

After somehow slowly turning the mood to that of a summer sing-along-around-the-fire with fan favourites like Fuel Up, the Oxford quartet began to drop tunes from sophomore release Tales From Terra Firma. There was a collective feeling of relief when these new songs lived up to their predecessors, the band having hit that clever mark whereby the new tunes feel like a definite step forward, but still carry their trademark sound.

Joined by additional multi-instruments, lead singer Brian Briggs put down his high-placed acoustic guitar in favour of an electric counterpart. He remarked that this was the “biggest room” they’d ever played; you could tell they revelled in the challenge of filling it with their songs.

As the gig continued, surprises came thick and fast. Backing musicians included Tom “the saw man” who, as Briggs explained, although a multi-instrumentalist, is remembered as the “guy who plays the saw in that song”. Also impressive was singer Briggs himself, not just for his vocal talents but also a nice line in onstage banter. Songs were interjected with numerous jokes and even a ghost story set in Pocklington (of all places).

And the absolute highlight? When Briggs’ vocals were allowed to soar in solo track November Song, aided with nothing but a guitar and a mic. The band then quite literally rallied the crowd into the finale of the gig, a drum solo erupting into an almost-medley of their best work, including Zorbing and I Saw You Blink.

And then we were out on the freezing Kentish Town Road, the feeling that Stornoway had really cared about this gig, the last of their current tour, still tangible in the air.

Find the Forum on our Nearby Map here.