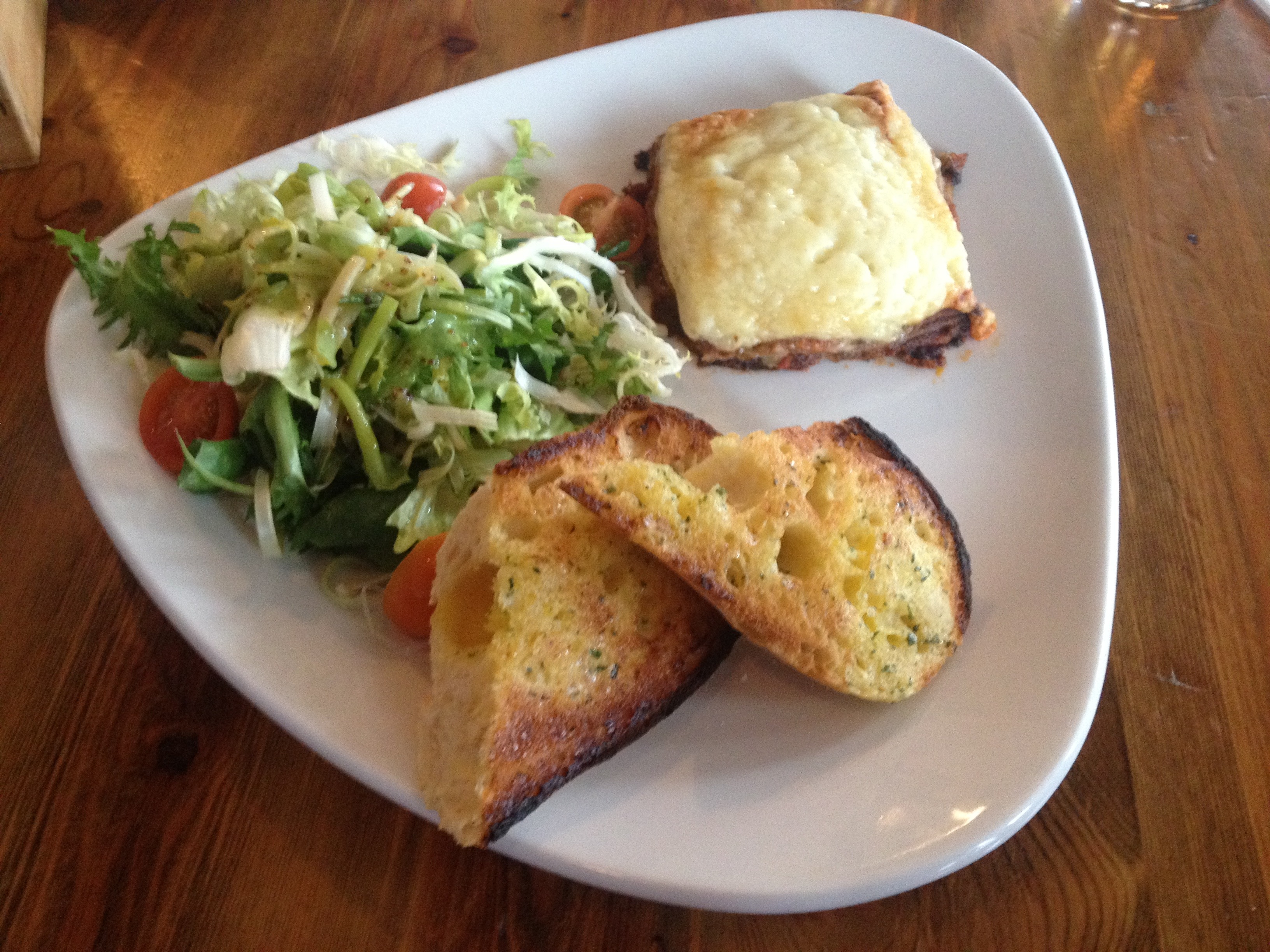 We have avoided reviewing the food at the Assembly House only because it seems pointless scrutinizing a place whose sales might be more wet than dry. And, anyway, this ‘starter level’ K-Town venue is simply a popular choice to meet friends before The Forum, a respite from the backstreet boozers, bars and gastropubs that us Kentishtowners love. Yet a spur of the moment weekday lunch there recently was so poor that we have no choice but to say something.

As we all know, the Assembly House is a beautiful building, with its carefully restored interior, handsome Victorian back bar and circular skylight intact. And history abounds too: always one of Kentish Town’s principal drinking places – and originally a large, partly wooden house known as the Bull (right) – it was rebuilt twice, firstly in 1852 and then again in 1898 in now Grade II-listed Victorian gothic splendour: note the etched glass and spooky corner turret.

Inside, during the day, it has a special atmosphere and real sense of space: sit up against one of its vast windows overlooking the canopy on one side, or the industrial west on the other, and contemplate the view over to the Heath, perhaps just before a burnt-red sunset.

But enough of all that: to business. The menu has a ‘foodie’ feel, in fact, but after a brief chat with the very pleasant waitress, we detected a whiff of the buy-in. She wasn’t sure how much was made fresh onsite, or whether it was the same as other pubs in the Greene King chain. She did say, however, that the menu will be changed soon. To what, we’re not sure (the manager hasn’t responded to our email).

So it’s all sharing boards, risottos, fish and chips, steak. Sounds OK, right? Right. Prices are between £8-13, mid-level but by no means as cheap as some other good quality local rivals.

We ordered two mains. The first, “crayfish, cod and spinach fishcakes” with rocket and creme fraiche (£9.45) were quite lifeless patties with no discernible flavour, resuscitated a little by the creme fraiche, and a zingy accompanying salad. But a “beef, pork ragu and parmesan lasagne” (£7.95) was just horrible: stiff as a brick, the meat dry, like a ready meal scooped out of its depressing plastic container, the accompanying garlic bread burnt at the edges.

As most of us know, you can currently eat better (and cheaper) at virtually anywhere in the immediate locale, from a thai at The Pineapple to the eleven quid lunch special at the Canteen or £7 daily dish at The Oxford. But if the Assembly House want to do basic pub grub, they should take inspiration from the very good sandwiches at George IV, priced at £3 or £4 and a much better ‘traditional’ option.

To drink? As you know, it’s all fine in that department: we supped on draft Asahi from a pretty decent list which includes around five guest ales, English ‘craft’ Noble lager, house wine at £11.95 and a Bloody Mary at under a fiver.

So that, as we always suspected, is the answer: it’s an atmospheric boozer charged with history, perfect to gaze out at the streetscene on their Sunday jazz afternoons, but whose wonderful heritage is woefully underrepresented by the kitchen.

This is box title
Kentishtowner Rating Food 4/10 (the pub itself gets a 7/10). Lunch for two with drinks was £25. Find the Assembly House on our Nearby Map.