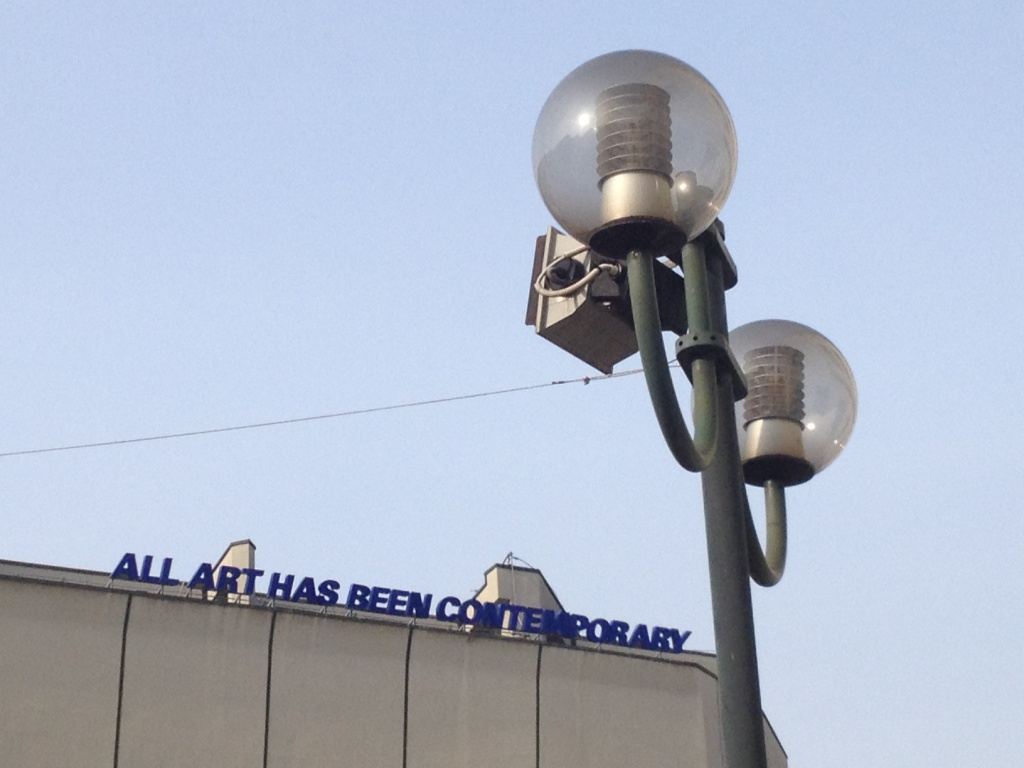 We all remember how the city of Bilbao put itself on the tourist map by luring visitors away from the sunny South with the promise of art and culture in the Basque country. And that well-documented Guggenheim effect is much in evidence in Northern Italy’s own factory city turned modern art epicentre, Turin.

Actually, I was ready to embark on a grissini-and-Carpano pilgrimage via other Piedmontese specialities (such as those little sugary Leone pastilles. Oh, and then really spoiling myself with some Ferrero Rocher, also a product of Torino).

And I hoped that any brain power expended unfurling subliminal messages on my tour of the galleries would help me work up a buon appetito, because nothing I’ve ever seen in Italy has really overshadowed the food. But when each meal became an unwelcome interruption to the brain-feasts served up by the galleries, it came as something of a surprise. And the modern art scene is, in fact, so prevalent here that even the Fiat factory is home to Emins and Hirsts.

Contemporary art fair Artissima succeeds in filling the vast Olympic hall each year with 50,000 visitors who come to see the rather different spectacle of several hundred exhibitors showing their cutting edge wares. See my top two gallery recommendations below, but it’s worth picking up the Torino & Piemonte card too, giving access to over 180 museums and exhibitions, plus free train travel to and from the airport (from 23 euros).

Oh, and there’s a high speed train taking you to Milan in around an hour. The people of Turin are at once keen for you to know this, yet – how can I say this? – hopeful that you won’t go, after all.

However, Turin needn’t sweat its rivalry, as nearby Lombardy Capital can’t compete on a contemporary art basis – though for a combined art hit Milano and Torino make an engaging double act.

If you liked the original Saatchi Gallery in Boundary Road you’ll feel at home at the Merz. An intimate whitewashed space with challenging conceptual art, including thought-provoking installations by Mario Merz’s 82 year old widow Marissa. The Merz foundation explores the concept of endless expansion through the Fibonacci sequence asking ‘Que fare?’ or ‘What to do?’ explaining the concept that we are always doing, choosing, and therefore transforming.

2. GAM (Galleria Civica d’Arte Moderna e Contemporanea) Pictured above, this is Turin’s MoMA and it immediately catches the eye with an uprooted tree balanced on a plinth, while the slogan All Art Has Been Contemporary invites a re-think of what constitutes modern art. The huge body of around 45,000 works are presented in non-conventional ways, and you are invited to walk through each room, in the words of the director of the gallery “leaving your soul to the works that call you.”

Jaillan was a guest of Turin Tourist Board, staying at NH Santo Stefano, a modern centrally located hotel with panoramic views of the Roman Walls.